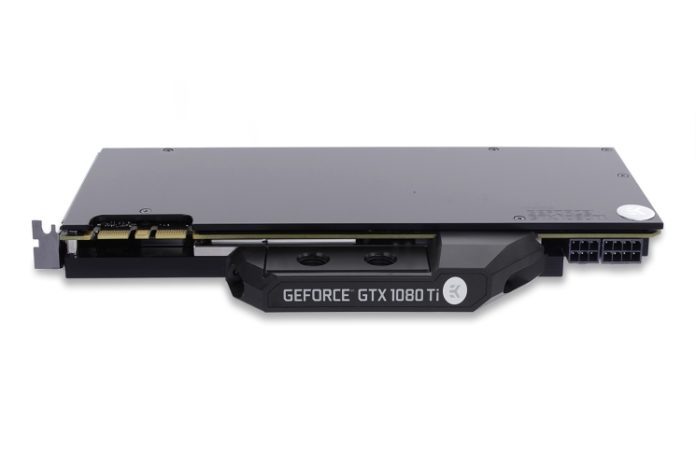 EKWB have today released their first Full-Cover water block for the Nvidia 1080 Ti. Similar in design to their other Full-Cover blocks, these block will directly cool the GPU, RAM and VRM allowing for the cards to remain stable at full load and achieve much higher overclocks than a stock air cooler.

EK have added a a plastic cover over the block terminal that is purely for aesthetics and is only designed to showcase the model of your GPU. Alongside this EK have bundled in a single slot I/O bracket that allows you to replace the two-slot stock I/O that will allow for easier installation for an SLI system.

Available for pre-order now, EK have said that they will start to ship from Wednesday 12th of April with the following being the price: 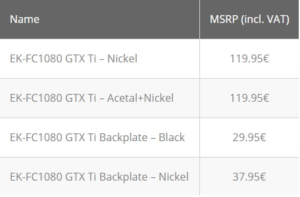 This block is only compatible with a selection of cards and once the likes of the Asus Rog Strix and the EVGA FTW cards hit the market, there will be blocks dedicated to them but for now list of compatibles GPUs is as follows:

What do you think of the aesthetic changes EK have made? Tell us in the comments section below. 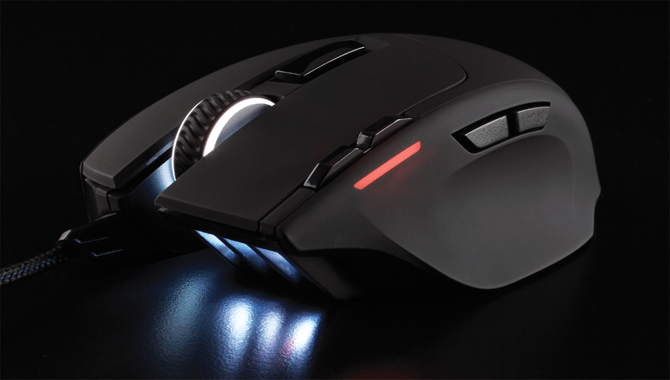