Here’s an interesting rumor to start your Saturday off: overnight, the first images of Dark Souls 3 reportedly leaked. While we firmly believe the game is in development, many on the Internet are rather skeptical of this particular leak.

The reason many are skeptical, is the rumor stems from the same outlet which claimed Microsoft was buying Silent Hills from Komani. While that is indeed plausible in some respects, Bill Gates and Co. paying billions for it? No. It was so silly, we didn’t even bother with it, and Phil Spencer stated quickly the rumor was untrue, instead of the standard “no comment on rumors or speculation,” or flat out radio silence.

Not that we are accusing The Know of lying. Far from it. Just that’s its source in that case was way off. Just wanted to state that from the off. Outlet’s sources are human and make mistakes, no matter how trustworthy, and development goals can change considerably before a game is even announced. So we are not accusing The Know of trolling or making things up for shits and giggles. I can’t make that any clearer.

The second part of the rumor that made the Internet’s brain itch, was that the HUD shown looks almost identical to Dark Souls. From Software changed things around with Dark Souls 2, and you can see comparison stills of both interfaces over on Kotaku. Plus, as others have pointed out, the environments are very similar to From Software and SCE Japan Studio’s Bloodborne. But considering the developer, it isn’t a stretch.

Finally, a couple of the bulletpoints noted sounded odd to some for the franchise, such as the addition of 60 minutes worth of cutscenes. As Kotaku pointed out, Dark Souls games have “never, ever been about the story,” and it even if true, it would be odd to divulge that early on from a marketing standpoint. Other interesting claims from The Know’s source include: 12 new areas in the game, 15 new bosses, and 45 new enemies – completely within the realm of possibility.

In the video posted above, other content stated to be in the game sounds more than plausible: a sacrifice ritual to enter other’s games with a bounty out on the player; bosses have a “heat up” factor in battle; players can create bonfires; 100 new weapons; 40 new armor sets; returning equipment; special moves learned from “Sword Fighting Arts”; and up to four players in the same game.

Gematsu has written up a detailed list of information pulled from the video. You should go give it a read. The site has also posted the alleged screenshots, which are rather compelling.

Dark Souls 3 is said to be in the works for PlayStation 4 and Xbox One and is listed as “negotiable” for PC. Likely, the rumored information stems from early interoffice documents, and if true, will likely change before the game’s probable 2016 release.

Sony is hosting its E3 2015 press conference on the evening of June 15, and will reportedly announce Dark Souls 3 at the event. So all of this can be true, some of it can be true, or none of it is true. That’s the thing with rumors.

Especially E3 rumors. Imagine if it were true though. It would be a huge game in scale, and as always, full of death. 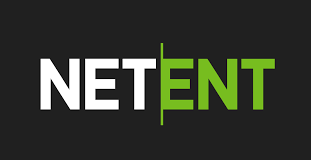 Why Netent Is Better over Other Software Providers?

Paul Davies - Aug 28, 2018 0
Net Entertainment a.k.a NetEnt is a Swedish slot development company which is known for its highly attractive online casino slots: http://www.slotozilla.com/software/netent The company also has and its roots in Malta and it is known as one of the market leaders.
Go to mobile version
%d bloggers like this: