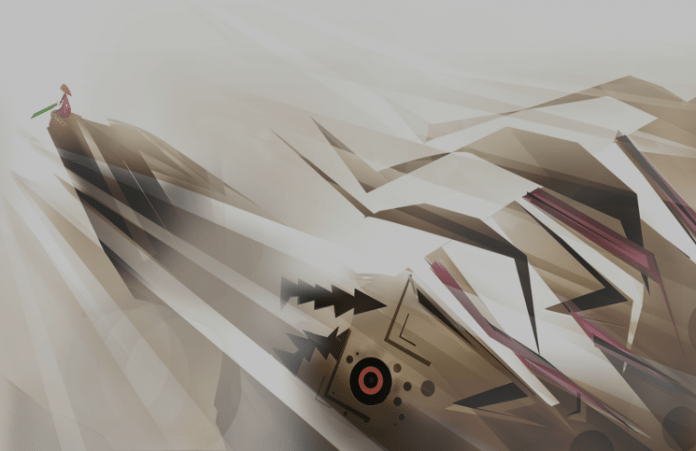 Today we will be having a look at Animal Gods, a fully illustrative top-down 2D action/adventure game. The game focuses on puzzles, platforming and old school RPG game play.

First to note is the original and beautifully structured graphics, this plays a key role in the game giving it a unique feel which most indie games seem to lack. Developing on a small amount from the story, we play as Thistle, a small and agile hunter hellbent on destroying the curse that plagued the animal gods. As we run around the maze of platforms, we wield a 17th century BC bronze sword to help set the gods free. This is what gives the game background, this is an original idea unlike most games of today which seem to be fixated on first person shooters or action games. Once delved in deep into the story, you are hooked and as the development goes you can’t put the game down. Being completely single-player based, there is not much to say on variety of game play so don’t expect any button bashing multiplayer modes. The controls are simple focussing more on WASD/arrow keys father than your conventional mouse and keyboard. This style of game reminds us of classics such as the original Zelda and Pokémon in a sense, similar based platforms which are very well known. With this said, Animal Gods feels like a revamped classic, fantastic structure but with next generation graphics. The soundtrack is a compilation of ambient and relaxing melodies which helps calm the player whilst making their way through many of the levels.

The main negatives to note after hours of game play would be lack of story to start off in the game which would further your involvement in the world of animal gods. Another note would be the lack of basic tutorials to help you as you are told what to do on screen yet you are put straight into the action rather than testing you a small bit first to understand a small amount first. There does seem to be a far few moments of button bashing which could leave those with less experience angrily throwing the keyboard across the room. This genre of game is very audience orientated and is better suited for those of past experience of this kind of game. With a specific target audience for a game like this, we have to say it was difficult to get into the story when starting off, but all the same it was an enjoyable experience from beginning to end. With some fine tweaking Animal Gods would in fact be a title I would be happy with buying off of the steam marketplace shelves. Still Games have really inspired us to pick up similarly made titles to rekindle our love for 2D, open world platforming puzzle games. We hope to see more from them in the near future and we enjoyed playing Animal Gods. This will be available on PC, Mac, Linux and the Wii U.