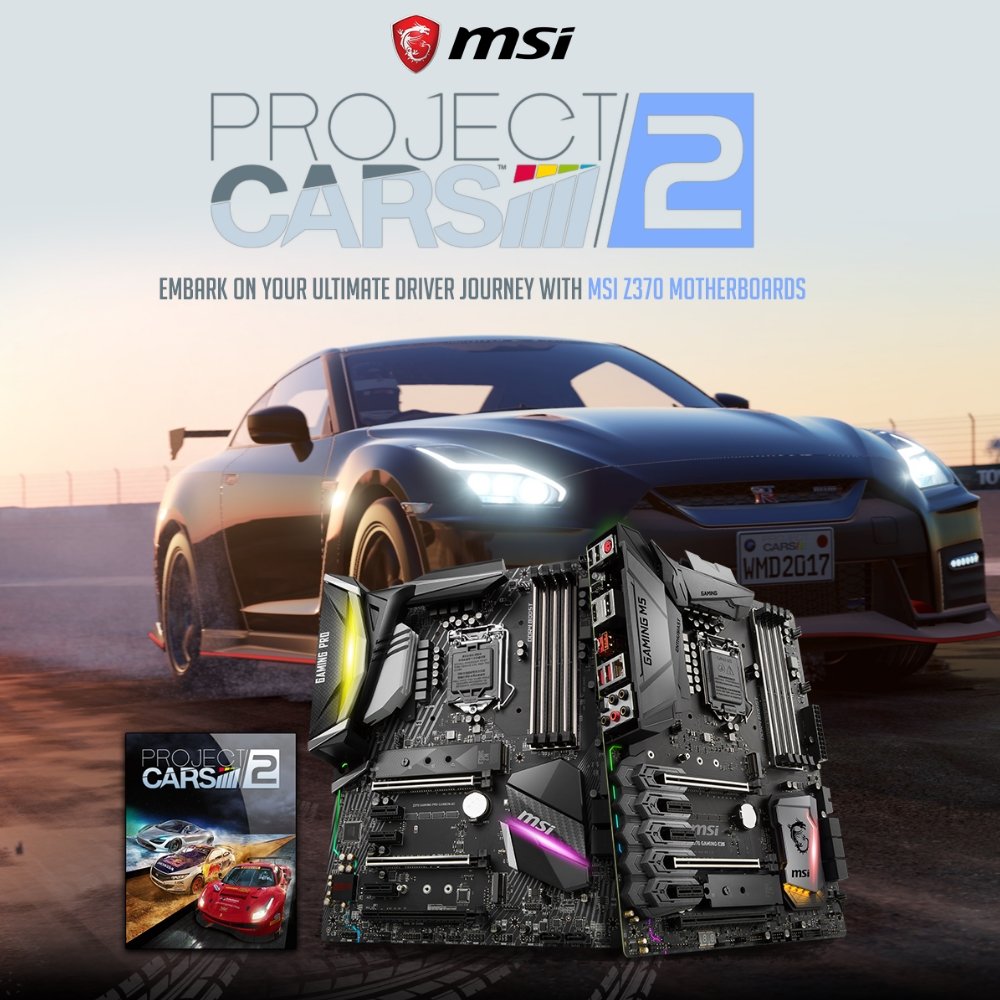 From 20th October 2017 until 31st January 2018, MSI are going to bundle selected Z370 Motherboards with the latest Project CARS 2 game launched just last month which retails on Steam for £44.99. See below eligible models during the promotion;

This is strictly a UK only promotion and the participating re-sellers will be:

Users can simply purchase a qualifying motherboard from one of these re-sellers and they will be given a redeemable Steam code with their order.