Many of us know about overclocking, getting some extra oomph out of our components for a combination of better performance, lengthening time before upgrade and bragging rights.

Well there is an extreme level to overclocking, along with a worldwide scoring table with various levels of competing, from novice through to extreme. 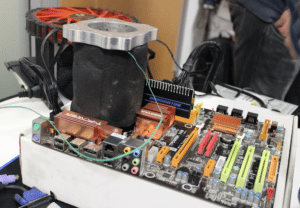 Play3r have taken on the task of ramping up representation from the UK, by putting on their very own Extreme OC event from the Liverpool office.

I managed to drive across on the Saturday to experience extreme overclocking first hand, I have of course dabbled myself getting my own systems overclocked, with varying levels of success.

Arriving at the aptly named Liverpool Science Park, I went up to meet the guys.

Overclocking had been well underway since Friday and some records had already been broken.

I was very interested to learn that you don’t need the latest and greatest components to still be able to compete, many older systems such as Socket 775 and GTX 6xx series GPU’s have top places that can still be beaten. This could be a great way to get into the scene if you have an older rig lying around. 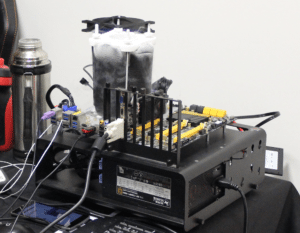 The scene looks kind of like a LAN party, tables setup with monitors, keyboards and mice, with the only real difference being the systems that are to be overclocked are mounted on benchtable cases, open air systems that act as a stabilising frame, although some overclockers just use a box, often the motherboard box. 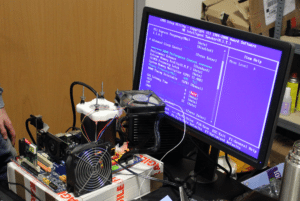 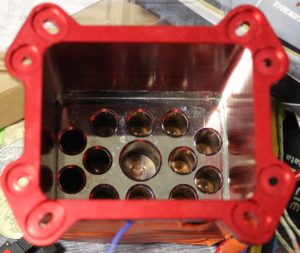 The next striking thing were the pots, these are very large chunks of copper with a tall metal beaker on top. These very heavy beauties are what the Liquid Nitrogen is poured into. Being such big chunks of copper the pots are capable of passive cooling a CPU until settings have been applied ready for benchmarking.

This brings us to the Ln2.  Liquid Nitrogen is an extremely cold liquid, at around -195C it is stored in cryogenic dewars. 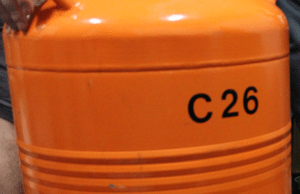 This liquid is poured into flasks for the actual overclocking with dramatic effect. 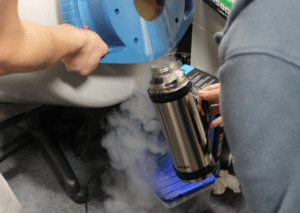 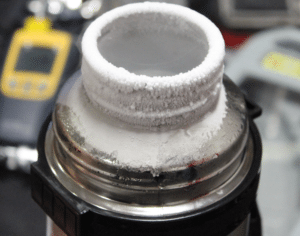 Digital thermometers are used to keep an eye on component temperatures to prevent the CPU/GPU becoming too warm or hitting the ‘cold bug’ which is where a CPU becomes so cold that it will just freeze and refuse to do anything. The motherboards themselves go through a lengthy preparation before any benching can take place.  Moisture is a massive problem when doing extreme overclocking and you don’t want a wet board. 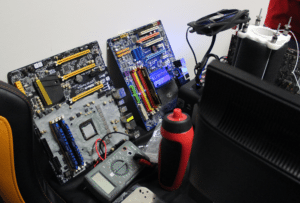 The benchers then set about overclocking a variety of chips and graphics cards, chasing points on the world stage.  Anything from an old Q6600 CPU to the very latest Kaby Lake offerings and from old Geforce cards to the latest Radeons. 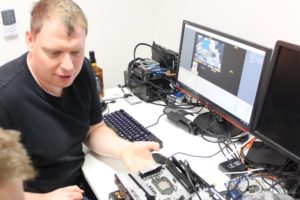 The event was livestreamed on Play3r’s twich tv channel, with plenty of comments and banter along the way, a thoroughly enjoyable experience, I do hope there are many more to come. 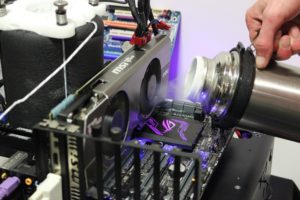 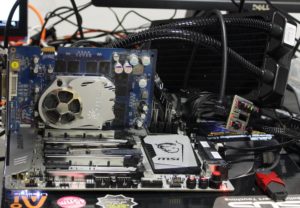 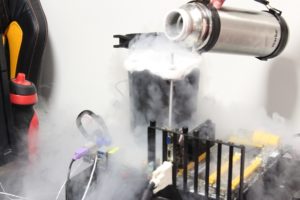 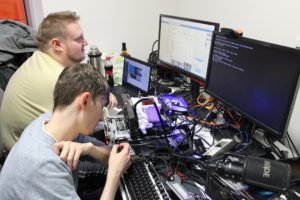 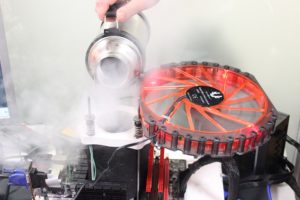 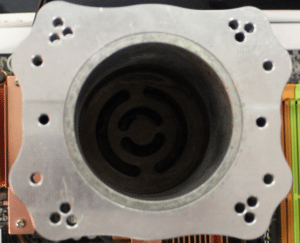 Some of the scores posted were world beating including our very own Gavbon taking some Socket LGA 775 records with his Core 2 Duo E6300 processor. The results are below

Things are on the up for the UK overclocking scene and with a bit more support from vendors and more events like this, it’s only a matter of time before overclocking is once again Great in Britain!