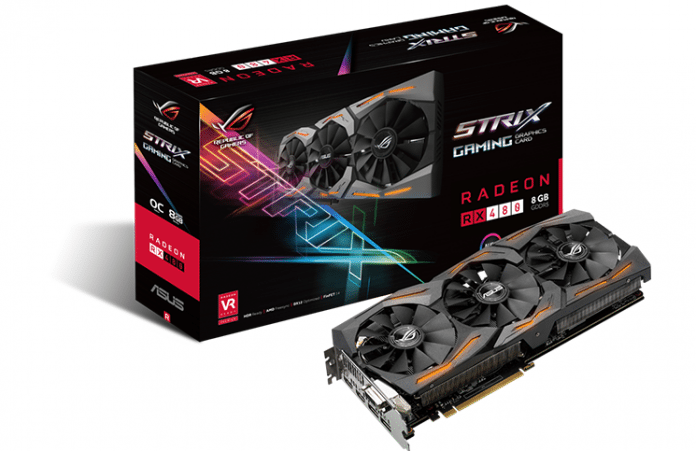 ROG Strix RX 480 includes ASUS Aura RGB Lighting on both the shroud and the backplate. This stunning illumination technology is capable of displaying millions of colors and six different effects for a totally personalized gaming system. ROG Strix RX 480 also has a VR-friendly design with two HDMI ports that let gamers connect a VR device and display at the same time, so they can enjoy immersive virtual reality experiences anytime without having to swap cables.

The ASUS ROG Strix RX 480 will be available worldwide from middle of August 2016. So what are your thoughts on the latest STRIX release from ROG? Anything you would add or remove, feature wise? Let us know!