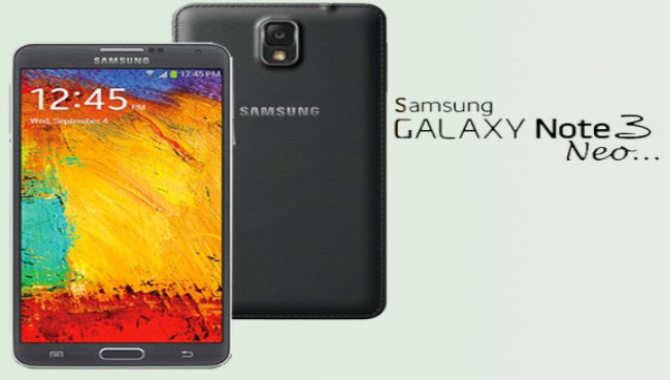 Not even six months have passed since we were all staring at the Galaxy Note 3 while drooling over the super size phablet but now it looks like the giant phone is set to receive the slimmed down treatment with a new model and a lower price tag dubbed the Galaxy Note 3 Neo although it is a shame that the UK will not have the device!

Roomers were first spread about ‘Neo’ back in December and it seems now that Samsung are standing by the rumblings by delivering on the promise of a lower-specced phablet. The Samsung fansite reports that the pre-order pricetag is a little steep at €599 (£492), but that’s lower than what the Galaxy Note 3 launched at around Europe, and you can be sure it’ll drop more in time.

SamMobile also states that the Galaxy Note 3 Neo will come sporting a 5.55-inch SuperAMOLED display with a 720p resolution, making it slightly smaller than the fully-fledged Galaxy Note 3, while it’ll be powered by a brand new six-core processor. You’ll also find it equipped with an eight-Megapixel rear camera, 2GB of RAM and  16GB of storage which is upgradable with a microSD card.

All this being said, it is unfortunate that UK fans will not be able to grasp the beautiful device as Samsung has officially onfirmed to  ‘TechRadar’ that the handset “will not be coming to the UK market.”

How to Get Fit with Wii Fit after Pregnancy

Paul Davies - Nov 29, 2020 0
It is estimated that a woman puts on roughly two stone during pregnancy - a weight that takes nine months to put on and...
Go to mobile version
%d bloggers like this: