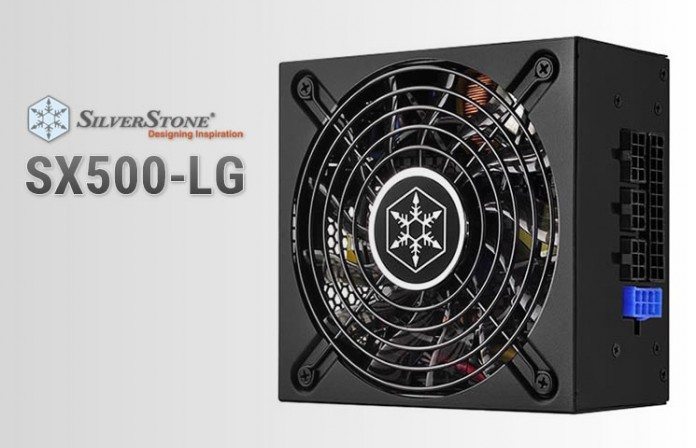 It’s no secret that technology is becoming smaller and smaller as years go by. We just have to look at how mobile phones, televisions and even PC cases have changed to see the current trends; maybe not televisions, they are getting bigger! One thing however which has the need to shrink somewhat is power supplies as ITX and small form factor cases are now a thing, but not just that, they are crazily popular among enthusiasts and consumers alike. The need for smaller power supplies is one thing, but the need for a “quality” one is another task as graphics cards companies such as AMD are releasing NANO versions of their flagship cards; something a tin pot firework for a power supply certainly won’t be able to handle.

Enter Silverstone with their SX500-LG 500w SFF 80PLUS Gold rated power supply and oh boy is it well received. Not only does it encompass Silverstone’s quality in a smaller size, but it comes built upon a single 12v 40A rail which is surely going to please aficionado and enthusiasts looking for “quality” over size. Most SFF form factor power supplies are limited to an 80mm fan due to size, but Silverstone have pushed the boundary and added in a full size 120mm fan designed to provide optimal cooling performance while operating at low noise levels. SFX-L is its own form factor away from SFF and regular ATX; the SFX part is self-explanatory, but the L stands for lengthened. What this essentially means is SFX-L is a small form factor power supply which has been slightly lengthened by around 30mm which allowed Silverstone to install a 120mm fan in as opposed to a lesser performing 80mm one. The SX500-LG does come with an SFX-ATX back plate adapter, which is great if you wanted to use this power supply in multiple builds etc.; the 80PLUS Gold rating is also a sign of quality usually and of course superior efficiency (when compared to Silver rated and lower of course). The Silverstone SX500-LG is fully modular with a nice little twist, all the modular cables are flat which allows for epic cable management, especially in tight spaces or inside small form factor cases. In addition to this, the cable mounting plate has a clear and concise diagram of which cable goes where, including colour coded PSU connectors; only black and blue, but enough to make sure you don’t go trying to plug stuff in the wrong place! Since we don’t currently have access to an ATE load tester, a multi-meter is used to show each of the power supplies performance on the 3.3v, 5v and 12v rails. Although we can’t do full load tests, we can provide relative information regarding variance and fluctuation of current and ripple on the rails which is integral and indicative of quality in a power supply.

It’s clearly obvious to what type of consumer the Silverstone SX500-LG 500w power supply is aimed at; those who want exceptional quality in an SFF (small form factor) sized package. Is that actually the case though? Well, yes it is and those who have closely watched the SFF form factor gradually rise in popularity will surely note that Silverstone produce some of the best quality ones currently on the market. There is a lot of talk about other “brands” moving into the SFX power supply market and in that, comes competition, good competition though!

Silverstone even have a 700w model to cater for the most hard-core of systems which is easily enough to power an Intel Core i7 4770k and SLI GTX 970 system; just one example of how far SFX power supplies have come along in the last year or so. Not to deter from the 500w model, it has enough beef for virtually any single GPU configuration; one small enough to fit into a SFF sized rig that is!

With flat ribbon cables designed for fitting into tight spaces (oh matron), it makes sense to consider this particular unit for any kind of M-ITX system as only one graphics card can be used anyway; and then it is unlikely that it will come close to 500w peak either which as you can see from our test system, it handles what we threw at it during our “testing”. It falls well within regulated ratings and with its 80 PLUS Gold efficiency rating, it comes as little no surprise to us.

Would we buy the Silverstone SX500-LG 500w? Of course we would as not only is it a solid unit, it offers superb amounts of charisma in such a small package. For those wondering about value, I have seen these close to £100 and even then, it could be argued that £68 which is the current price it is to buy today, is nothing short of a bargain. That is my own opinion of course so please take that into consideration and regular ATX power supplies will offer better value overall, but not every power supply can fit into small form factor PCs. Consider the SX500-LG Play3r recommended!

Huge thanks to Silverstone for providing us with a unit.