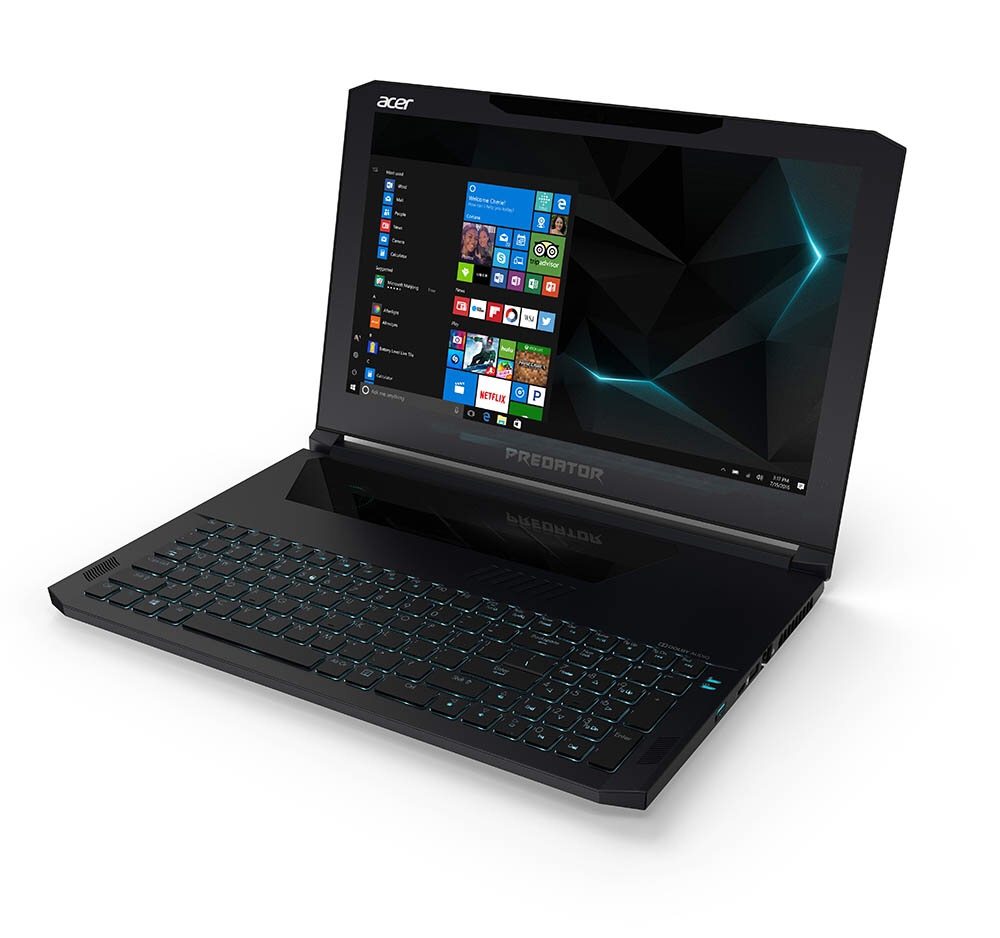 As the first of the new ultrathin Predator Triton gaming notebook series, its understated black chassis features a minimalist design, with straight contours and angular front corners. A large Corning Gorilla Glass plate above the keyboard serves as a window into the notebook’s cooling system, showcasing the AeroBlade 3D Fan and five heat pipes, and also functions as a touchpad.

“Acer is driving some incredible new products for the gaming and VR-ready category and Intel is excited to work together to push what’s possible on the PC platform,” said Frank Soqui, General Manager of the Virtual Reality and Gaming Group at Intel Corporation. “It’s amazing what can be done with the mobile form factor these days not just at the high end but also for emerging VR in the mainstream – powered by our 7th Generation Intel Core High Performance processors.”

Rounding out the notebook’s powerful features are Killer DoubleShot Pro networking and Thunderbolt 3 connectivity, which provides speeds up to 40 Gbps and supports dual 4K video output. The Predator Triton 700 also includes two USB 3.0 ports (featuring power-off USB charging), one USB 2.0 port, an HDMI 2.0 port, one DisplayPort connector and a Gigabit Ethernet port for those preferring a hard-wired connection. Networking is powered by Killer DoubleShot Pro technology, which picks the fastest network connection (Ethernet or Wireless) and sends all high priority traffic over that interface, while standard traffic is sent over the other.

Of course, no gaming notebook is complete without a mechanical keyboard, which delivers a satisfying typing experience and fast, accurate response times. The keys are RGB backlit and can be individually programmed.

The Triton’s dual fan system is powered by Acer’s proprietary AeroBlade 3D Fans with ultra-thin metal blades to keep the device running nice and cool, even when the action heats up.

Craig Bartlett - May 26, 2017 0
GIGABYTE is excited to announce the start of Master Your Ryzen 2017, our 4th contest in 2017 overclocking season. A total prize pool of $3000 USD in cash prizes is available.
Go to mobile version
%d bloggers like this: