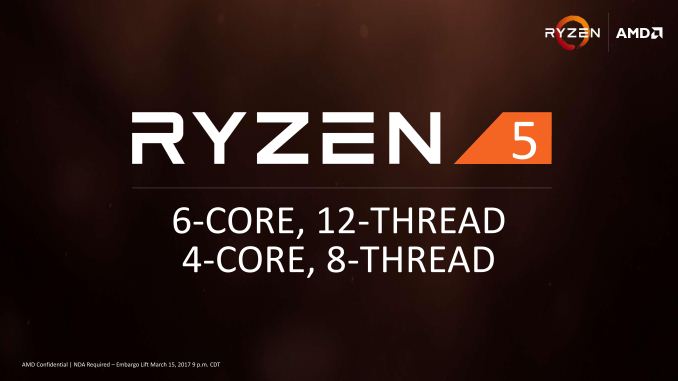 Following the successful introduction of AMD Ryzen™ 7 desktop processors including record pre-orders and award-winning performance, AMD have announced Ryzen™ 5 desktop processors will launch worldwide on April 11, 2017, offering disruptive price-to-performance for gamers and creators. With end users at the heart of everything AMD does, the new Ryzen 5 processors feature the powerful and efficient “Zen” architecture in 6-core,12-thread as well as 4-core, 8-thread options, to deliver enhanced performance, immersive experiences and high performance innovation to gamers and consumers worldwide with a price range of $169 to $249 USD SEP.

“Ryzen will ultimately bring innovation and competition to virtually every segment of the PC market, and Ryzen 5 is the next big step on that journey, designed to achieve new levels of computer performance for millions of PC users,” quoted from Jim Anderson, senior vice president and general manager, Computing and Graphics Group, AMD. “AMD reinvigorated the high-performance desktop market with Ryzen 7 earlier this month, and AMD Ryzen 5 now brings the power and efficiency of the “Zen” core to users in the highly popular sub-$300 segment of the market.” 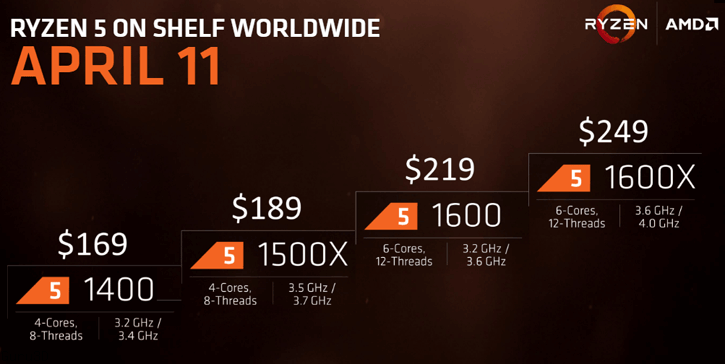 With the announcement of the Ryzen 5 lineup, AMD reiterated its commitment to delivering excellent gaming performance to ensure existing and future game titles take full advantage of Ryzen.

“We are impressed by the technological evolution enabled by the Zen architecture, which was designed to keep pace now and well into the future as gaming, eSports and virtual reality experiences continually push the limits of devices,” said Vlatko Andonov, president of Bethesda Softworks. “Working with an all-new microarchitecture, like that in the Ryzen family of processors, means that everyone has the opportunity to raise their game and bring the very best interactive experiences to players. All of us at Bethesda are excited about working with AMD to keep evolving the premium performance that Ryzen offers.”

Availability for all four Ryzen 5 models begins April 11 at etailers around the world. All Ryzen processors support the new AM4 infrastructure, with motherboard designs being produced from top ODMs. Announced at CES 2017, AMD and its motherboard partners already debuted a wide array of new motherboards from ASRock, Asus, Biostar, Gigabyte, and MSI, all built upon the following desktop chipsets for AMD Ryzen processors – the X370,B350 and the A320, the latter intended for mainstream PCs at new, consumer-friendly price points. 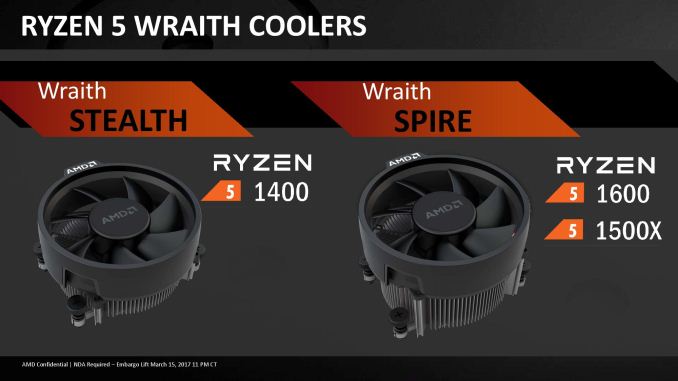 So after the successful launch of Ryzen 7 will you be making the leap and getting Ryzen 5 as a more budget friendly option? It’ll be interesting to see how Ryzen 5 performs and if this CPU can also break world records like its big brother the Ryzen 7!

Learn more about the “Zen” core architecture at AMD.com/Zen