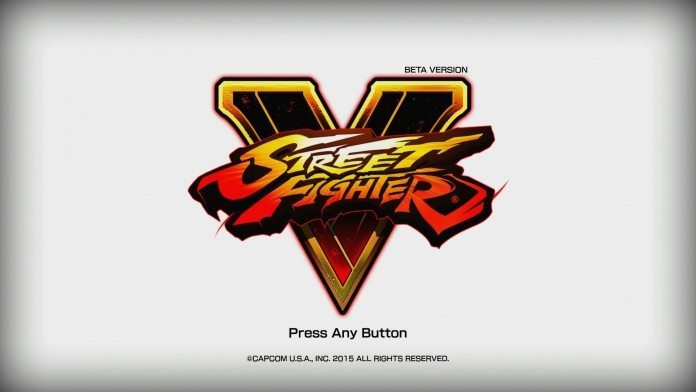 I grew up with the Street Fighter series it was a major part of teen years and recently I was lucky enough to take part in the beta for Street Fighter V, and while the first scheduled beta was a disaster thankfully the subsequent beta tests have been more successful and quite generous with the amount of characters we could play.

With the beta we got access to 12 characters, though not all at the same time until the most recent test, we also got online versus mode and training mode and a few of the background stages.

When I first saw early footage of the game I thought it looked a bit too close to Street Fighter 4 but when I looked closer and actually played the game it did look a lot better, the animation is far better and has many little touches such as when you block there is a little animation. Backgrounds while unfinished look great, and the music is really good with some catchy tunes. Game play feels like it has gone back to basics with a more stripped down feel to the game. Long gone are focus attacks but now you have individual character abilities plus a new V-Skill move which is different for every character. I did notice it was a lot more beginner friendly with move timing more relaxed then the one frame links in Street Fighter 4 (which I struggled to do).

I did really like the game; early impressions for the actual combat are it is fun to play and very satisfying, the net play was pretty good the character roster was varied though some of the characters I did not find as much fun (mostly those with charge moves which I always struggled with) and some characters really need tweaking with the V-Skills to make them more useful. Net play was a bit hit and miss, when the testing was Europe only I had many great matches but as soon as the test was for world wide the connections seemed to get worse even though I was playing people nearby.

Of course with it being a beta the game will change before its release next year, I really hope Capcom do take the feedback on board but overall I liked the beta and will be getting the game. To get on the beta for the PS4, sign up here and then hope to get selected, if you have a PC you can access the beta by pre-ordering. There are future beta tests planned so an opportunity for you to get involved before the release.

The Most Competitive Gaming Events in the World

Paul Davies - Sep 7, 2018 0
Nowadays, gaming has become more like a sport. For example, games such as Counter-Strike, Dota 2, League of Legends or Tekken 7 are so popular among gamers, that they now have their own competitions.
Go to mobile version
%d bloggers like this: