MSI have introduced a new AM4 gaming grade motherboard, the B350 Gaming Plus is based around AMDs mid-range B350 chipset and built on a full sized ATX form-factor. 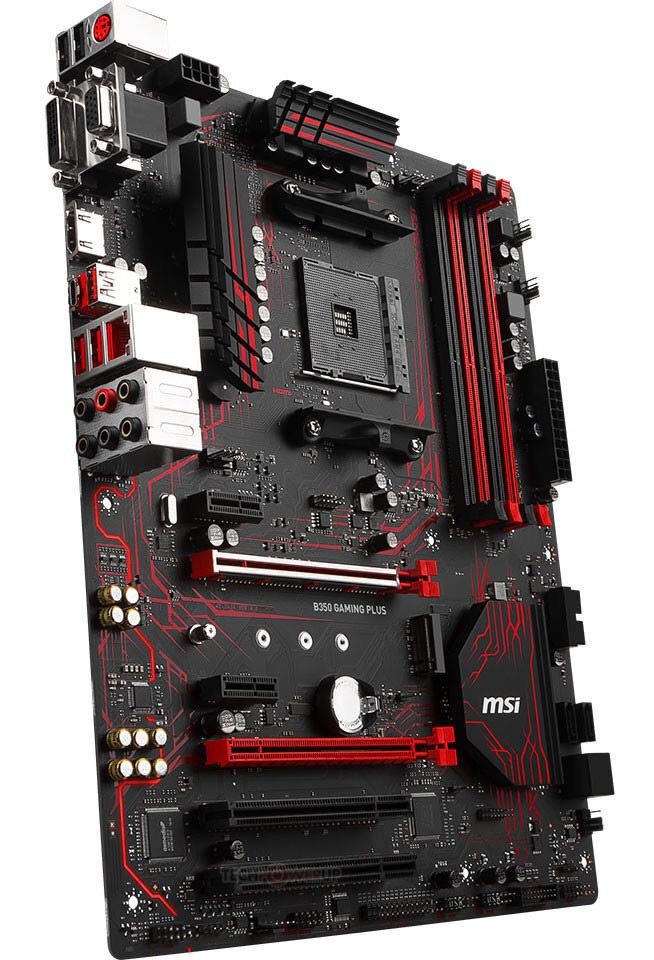 The board is based on the same PCB as the B350 Tomahawk, and draws power from a combination of 24-pin ATX and 8-pin EPS power connectors, while a 6 phase VRM system takes care of power requirements and conditions it to a suitable level. Power delivery on this motherboard could come in very handy as the B350 chipset does allow for overclocking of Ryzen CPUs, partnered with a Ryzen 5 CPU this could make a good overclocked gaming bundle.

The AM4 socket is connected to four DDR4 DIMM slots with support for up to 64 GB of dual-channel DDR4 memory. There is one PCI-Express 3.0 x16 slot, with a metal reinforcement brace to help support the largest graphics cards. While there is a second physical x16 slot it is only wired up for x4, this is connected directly to the B350 chipset. Two each of PCIe x1 and standard PCI make for the rest of the expansion slots on the motherboard. 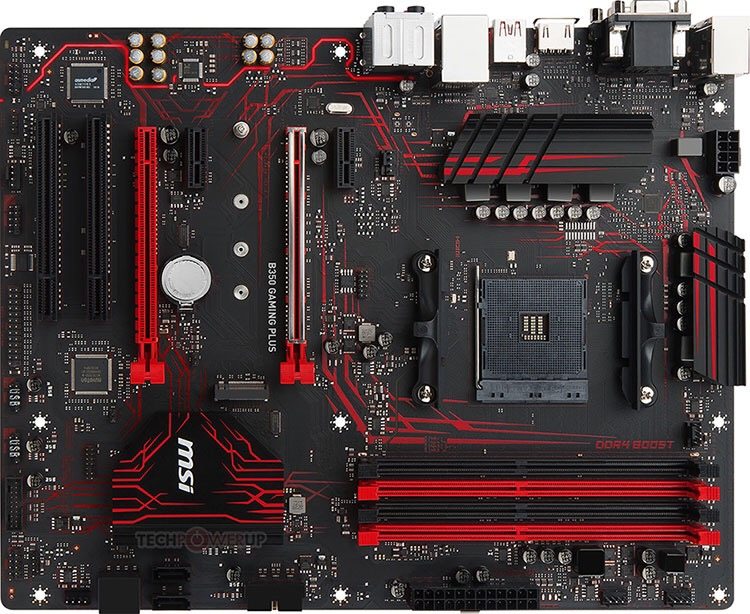 Storage support on the MSI B350 Gaming Plus is well catered for and includes four SATA 6 Gb/s ports, and one 32 Gb/s M.2 slot with NVMe booting support. USB connectivity includes eight USB 3.0 ports (six on the rear panel including a type-C port, and two via headers).

Display outputs while more than likely taken care of with an add-on GPU are very extensive and include one each of DVI, D-Sub, and HDMI. The onboard audio solution combines a Realtek ALC892 8 channel HD audio CODEC and Gigabit Ethernet is handled by a Realtek RTL8111H controller. Retail pricing is expected to be a very reasonable $120.

Let ys know your thoughts on the MSI B350 Gaming Plus motherboard below.

Play3r - Aug 5, 2014 0
So it looks like the console war just dove into the world of colour, when Sony announced it's white Playstation 4 console it seemed...
Go to mobile version
%d bloggers like this: