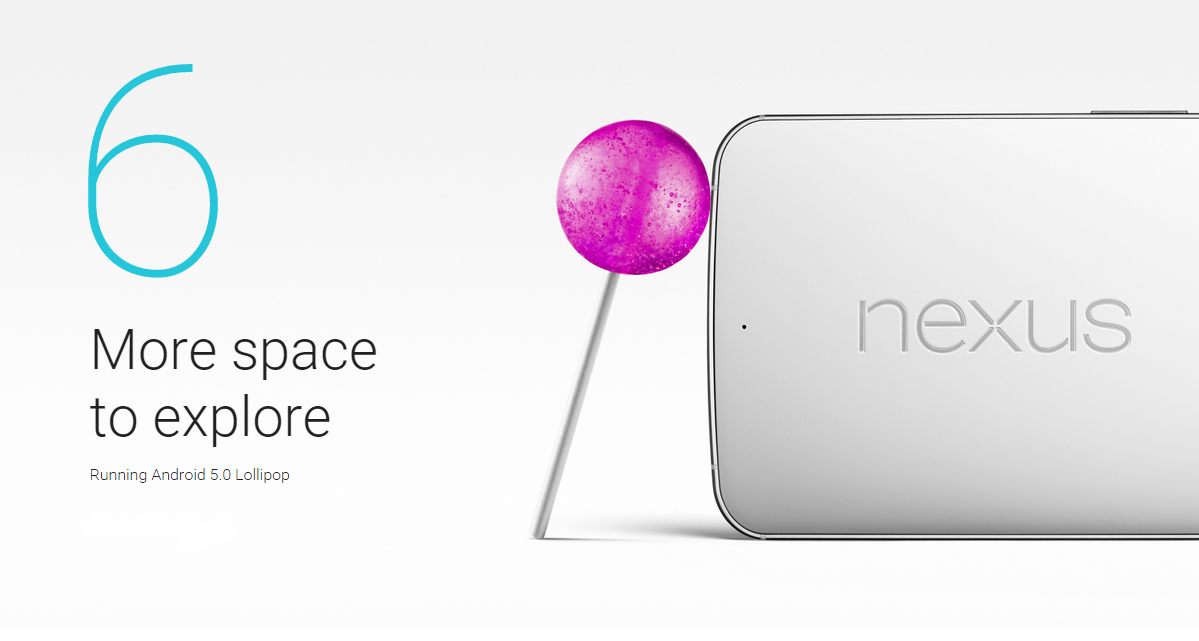 Google has announced the price of it’s new Nexus 6 in the UK and it looks set to go head to head with Apple’s iPhone 6 in terms of price with the 32GB model costing £499, and the 64GB model costing £50 more at £549. However, the date when you’ll be able to pick up a variant of Google’s new flagship still hasn’t been announced, and for that price it’s going to face stiff competition from some of the top Android phones currently about, such as LG’s G3, and Samsung’s Galaxy Note 4, as well as Apple’s iPhone 6 on the iOS front.

It’ll also face even stiffer competition from the new OnePlus One after it was announced this week that they’ve now sold 500,000 of them, and with a price tag of just £269 for the 64GB model, it costs just under half what the N6 will, which is pretty drastic when you compare their specs. However when you compare the Nexus 6 to the Galaxy Note 4 for example, which is more of what I’d say it was aimed at, it is actually £50 cheaper, and has double the memory, all whilst keeping the 2560X1440 resolution of the Note 4.

That display will have 493ppi, making it slightly lower than the Note 4’s due to N6 having a slight bigger, and thus less dense, display. It also packs a 13MP rear camera, and 2MP front camera, compared to the Note 4’s 16MP and 3.7MP cameras at the rear and front respectively. Both feature a Snapdragon 805 Quad Core CPU running at 2.7GHz, as well as an Adreno 420 on the GPU front, and to power it all the N6 comes with a 3220mAh battery, once again mirroring the Note 4. Google promises up to 6 hours of use from just 15 minutes of charging, and over a full 24 hours use from a full charge. Overall though I’d say that from what we know at least, they are going to be relatively similar, although in terms of key hardware they are very similar indeed with the extra £50 on the Note 4 seeming to only pay for a slightly better camera, whilst the Nexus has more storage (depending on the model), and don’t forget that the N6 will be getting Android 5.0 before Samsung too, so if you’re looking for that as a feature that may tip your preference towards the Nexus.

Comparing it to Apple’s iPhone 6 and 6+ however is slightly trickier, as in terms of the specs, the N6 simply blows the iPhone away. However iOS is a very refined experience now, and is definitely optimised for the iPhone 6, so until we know how Android 5.0 runs on Google’s new Nexus, and how user friendly it is, all we can say for certain is that the Nexus is going to be the cheaper of the two.

Personally I’m not a great fan of any of the phablet phones as I consider the 4.8″ display of my Galaxy S3 to be a perfect compromise between a nice screen size and portability, and a 6″ display is just slightly too large to be easily portable in my opinion, but what do you think? Would you pick up the new Nexus 6, or any of the new phablets for that matter, or are you of the belief that they are just too large for a phone? Let us know.