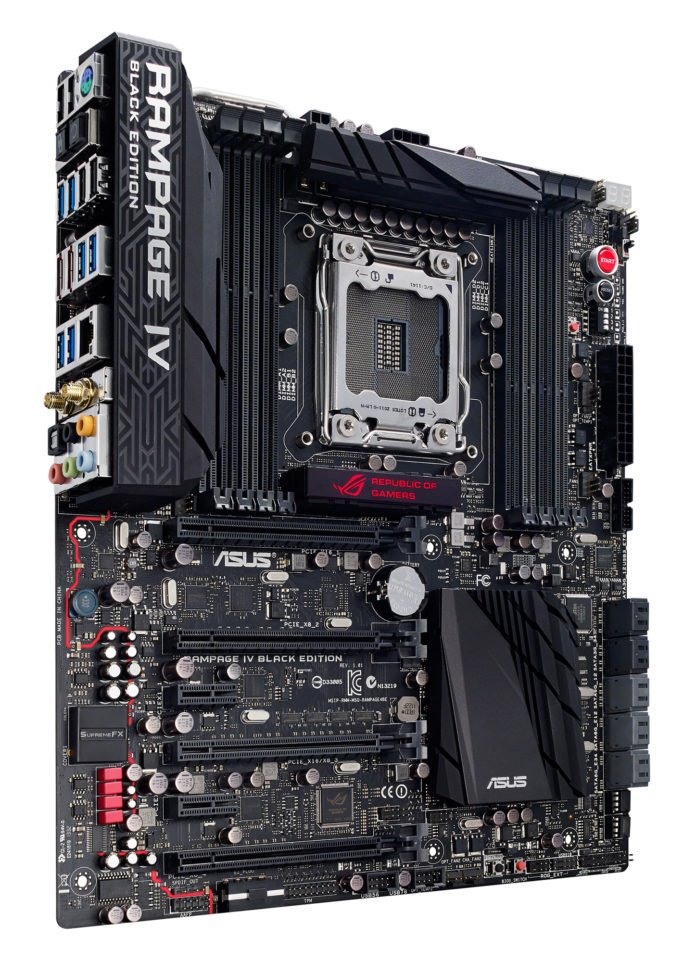 Released Early 2012, the Rampage IV Extreme as been a favorite with system builder opting for the 2011 socket. Now Asus have injected new blood into the range with the Rampage IV Black Edition.

Dear Oxford English Dictionary, instead of wasting time adding ‘twerking’, once you see this you’ll want to redefine epic instead! Check the spec and engineering pride below and you’ll understand that the new Rampage IV Black Edition is the ultimate LGA2011 motherboard, and the ideal companion for a new Ivy Bridge-E (4th Generation LGA2011) CPU. Though not to be confused with the previous (non-real product) Rampage IV Extreme in black,the official Rampage IV Black Edition is a whole new product you can buy with a full stack of 2013 ROG innovations:

Additionally the ROG team went through 5 full layout designs to find the best possible 8 DIMM memory layout topology, and where the ROG team was working on the five new Z87 boards in the first half on this year, that whole team has focused efforts on just the Black Edition this time around!