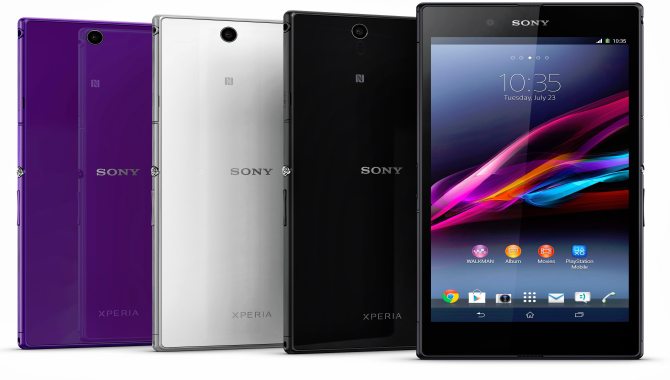 The Sony Xperia Z Ultra is exactly that, ultra massive but the interesting read for today is the the phablet (a phone at heart but large like a tablet) will be gaining a new family member that is simply a WiFi only version.

The massive 6.4-inch Sony Xperia Z Ultra is now rolling out in a Wi-Fi only flavor, which strips away its mobile data capabilities, which means you’ll need to be tethered to a Wi-Fi connection to get it online outside of hotspots. Despite the lack of a data connection, it’s still the same top-notch gizmo that Sony released before, with a speedy 2.2GHz Snapdragon 800 processor, a beefy 2GB of RAM and a glorious 1080p Full HD screen with Sony’s Triluminos display tech.

You’ll also find it packing 32GB of onboard storage expandable with a microSD card, and an eight-megapixel rear camera for taking quick snaps or HD resolution videos. Colors for the device have been a larger talking point than what it should have been but now Sony have stated it will be in an option of simply Black or White.

This mega sized phablet may be large in every way but the price says otherwise as it will be released around the £300 mark, quite cheep and cheerful considering the specification you receive although there’s currently no word on a global launch just yet.

Gavin Campbell - Jun 10, 2016 0
Harmonix Music VR drops a new trailer for E3 which illustrates how VR users will experience music like never before!
Go to mobile version
%d bloggers like this: