I think the biggest question that springs to mind is ‘is the AORUS Z270X GAMING 9 motherboard really worth £520?’. That answer completely depends on the budget you have and what you expect your motherboard to actually do! One of the things many people tend to neglect from their buying decision is investment…this isn’t the kind of motherboard you buy and then chuck away at the next chipset; it’s the kind of centrepiece at the heart of your system for years and years; boards like this typically keep their value pretty well, although don’t expect to flog one 2nd hand in 5 years time for £400!

So what makes this one of the most premium motherboards on the market? Well, the inclusion of an EKWB branded water block is a big plus as opposed to the non-branded ones they have used to use in the previous water block laden GIGABYTE motherboards. Dual BIOS and dual Killer E2500 RJ45 Ethernet ports are also featured which not only adds extra elements for overclocking and networking capability, but it’s what you would expect for the pricing.  Touching on the overclocking features, the AORUS Z270X GAMING 9 has a massive 22 power phase design with a fully IR digital controller and PowerRstage ICs; top quality components for maximum overclocking performance and stability. I even managed to hit 5.3GHz maximum on the GAMING 9 which was phenomenal, although it wasn’t fully stable, however, 5.2GHz was.

The biggest draw for me on the AORUS Z270X GAMING 9 is the onboard audio. The GAMING 9 utilises a Burr-Brown 127dB DAC is fantastic and the Creative ZxRi 24-bit audio is audiophile worthy! Perfect for those with a good set of cans (headphones) and needs a really good quality DAC/amplifier to really make the most out of them. My Beyerdynamics sounded fantastic in comparison to using other Z270 onboard audio via the Realtek ALC1220.

GIGABYTE/AORUS RGB Fusion is another top quality feature on this particular motherboard as it opens up so many different design configurations; something gamers, enthusiasts, and consumers should and hopefully, will appreciate. RGB Fusion not only covers virtually all of the board but it predominantly sticks out around the RAM slots, power circuits, PCI-e x16 lanes and even the PCH; probably the most extensive use of RGB backlighting on a motherboard since…ever! Whether you love or loathe RGB, this board has it in spades.

For those looking for a board rich in storage connections, then the Z270X GAMING 9 has plenty to boast about. From 2 x M.2, 6 x SATA powers, 3 x SATA Express and 2 x U.2 ports, this board has virtually all the relevant connections keeping up with the current storage technology trends. High-level connectivity with other devices is also pretty good with the GAMING 9 sporting a very tasty rear I/O; these connections include:

In our performance testing (which can be seen in the video), the GAMING 9 from GIGABYTE/AORUS did very well overall and if I were to praise it specifically, the gaming performance was overall great. The only disappointing thing with the Z270X GAMING 9 was the memory performance…it just wasn’t great and I am generally unaware if our kit just doesn’t like this board or visa versa. That being said, it made little to no difference in the performance in other synthetic benchmarks and even in gaming, so I’m not entirely sure it matters much to regular users or not; unless you are competitively overclocking of course where every time bit of MHz gain and performance can be a world record or a fail!

Standing currently at £519.99 at Overclockers UK, it’s one of the most expensive consumer-level motherboards on the planet and if you can’t look past the fact that the ‘best’ generally costs more, then you need to learn a little more about economics. Would that put me off? Maybe, but only slightly…because the Z270X is an absolute breath of fresh air for those looking for a really high-end motherboard with lots of high-end features. The EKWB G-Frost hybrid water block is a superb touch on an already good quality motherboard PCB and jump from a generic block to a full MOSFET EKWB solution was a very good choice in my opinion. The onboard audio if you can call it ‘onboard’ is out of this world and I really do believe you would struggle to tell the difference between a mid-range DAC and the Creative ZxRi audio codec.

If you’re looking for one of the best Intel Z270 motherboards on the market, then you have certainly found one of them in the shape of the AORUS Z270X GAMING 9. It looks amazing, has tons of useful and great features and most importantly of all, it has the performance and overclocking ability to back it up making it one of the sweetest, albeit most expensive options on the market.

Huge thanks to GIGABYTE/AORUS for sending the Z270X GAMING 9 in for review. 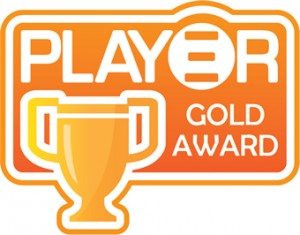 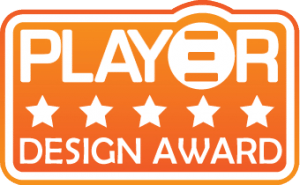