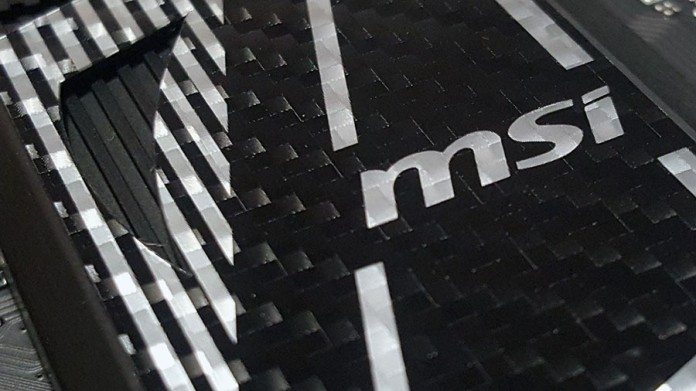 The MSI Z170A GAMING PRO CARBON is a brand new release from MSI, targeted at those whom are of a more budget conscious descent and cannot afford to splash in excess of £200 (or more!) on a high-end motherboard. It has a myriad of features that you may be looking for, and it also comes in at the neat price of sub £125. It’s not the cheapest board on the market, but it isn’t the most expensive either. Some of you may just like it for the design. However, the grand question, as always, is whether or not it is worth its price tag and whether or not it is something you should consider in your next build. Given that it is a little more expensive, but still very closely priced to the KRAIT that we reviewed previously; which would you choose? Hopefully this review will make it a little easier for you to decide.

Motherboard design has changed significantly in recent years. No longer are we presented with budget options that have a large majority of their features cut out and then the massively expensive models that have every feature one could possibly want. Today, the scene is different and most budget motherboards offer a good feature set, accompanied by the explosion of LEDs on a motherboard or within a chassis. I can understand the desire as it adds a slightly more personal touch to your PC. The CARBON has a number of RGB LEDs down each side of the board, which will be shown later on in this review. Who knows… there may even be a short demonstration video from yours truly! Enough chit chat, let’s get our hands into the box and dig out the CARBON board! A pure black, or as close as you can get with PCBs, is the main colour which will strike you instantly. The white on black design will also catch your eye as they are completely opposite colours, which contrast very nicely. Some of the lines which you can see on the PCB are to show off some of the features that are on the CARBON, such as the DDR4 BOOST technology. It’s said to improve latencies and improve signal reliability – something very difficult to measure without extremely sophisticated hardware. Another feature which you will see, as it has become commonplace on MSI motherboards, is the shielded PCI-E connections. That silvery sheen you see is a casing, which is again to provide more reliable signals and to strengthen the slot itself; they’re quite brittle, you know?

As this is a motherboard catering to those on a budget, you’re not going to find an overwhelming count of power phases, but what you will find is better than I had personally expected. You get a total of eight phases, which is enough to deal with pretty much all of the air and water overclockers out there. At a guess, you will be using five of the eight for the CPU, two for the iGPU and one for the other components such as the IMC and PCI-E controller. Any more would just drive up costs and would be of no benefit to anyone other than someone looking for more than an air or water cooled operation. We have alternative motherboards to offer those people, so let’s leave them there. While the heatsinks are off, I’ve taken a picture in which you can see where the whole CARBON naming scheme came from. The image below and the overview image pretty much does all the talking, but I am all for showing more than needed. Who doesn’t like a picture, right? There are four DIMMs on the CARBON, which is what you’d expect for an ATX motherboard. Also within our view are a couple of PWM fan headers, the 24 pin power and one of two USB 3.0 headers. As mentioned, the DDR4 BOOST feature that MSI designed is also implemented on this motherboard. It’s still very hard to judge whether or not it actually makes any difference, but I’m in no position to be able to say if it does or not. It’s just my guess and feeling, I suppose. The odd Matrix-esque lines that you see protruding out of the side of the motherboard are for the customisation segment that MSI want this board to be targeted at. There are LEDs under the motherboard which light up the traces in literally any RGB colour you could possibly want it to display. It’s very similar to the ASUS LED system that Gavin made a video about previously, but of course it has the MSI spin on the software, for obvious reasons. I too have made a very quick video. It’s nothing like Gavin’s, but I had to show you the MSI spin. Here’s the video as promised:

On the underside of the motherboard, we have the LEDs which glow through the tracks on the front of the board. There’s a total of seven LEDs, all of which act together to give you one pretty amazing glow once they’re lit up.

As usual, we shall be continuing our journey southward toward the PCH region of the motherboard where we can see another USB 3.0 header, which brings our total up to four USB 3.0 ports from the headers alone. So what we have is four SATA 6 Gbps ports that are at a right angle, and two at the bottom of the board which are SATA Express compliant. Personally, I cannot see this format ever taking off but the manufacturers have included it anyway. PCI-E M.2 is the way forward; right? Anyway, no one is to blame for including that one. PCI-E expansion is all you will find on a Z170 platform, and what you can find on the CARBON is three PCI-E x16 slots, which can be used to run dual GPU SLI or triple GPU CrossFireX. The two lanes which are covered in a shield are the predominant ones to use, but of course the bottom lane (PCH controlled) can be used for CFX too. It runs at x4, but also at a much slower rate due to it coming from the Z170 PCH rather than the PCI-E lanes that come directly from the CPU. Above the primary PCI-E x16 slot is a PCI-E M.2 slot that is driven by the CPU lanes. Four PCI-E x1 lanes are also available, although you’re strictly limited to two (or even one!) when using dual graphics cards. Again, that’s just how things are with the layout as GPUs grew bigger. The CARBON isolates its sound circuitry with a clear line, which again allows you to add a bit of flare to the system. Although I couldn’t get it to work in the video for some strange reason, you can actually change the effects of the lighting with the choice of three presets and the choice to turn it off entirely if you wish. Sadly, there’s no RGB control on these lights, but the red behind your graphics card(s) always looks splendid in my mind. Last but not least, we have the IO panel. Connections aplenty! They range from the good old fashioned PS/2 combo port through to the very latest USB 3.1 Gen 2 Type-C. So, here’s a list of what is actually on the motherboard in a left to right order. Starting off with the first stack, there’s that PS/2 combo port and two USB 2.0 ports, followed by a DVI-D port and the USB 3.1 Gen2 Type-A/Type-C connectors. Another two USB 2.0 ports are next, followed by the HDMI underneath and the LAN port with two USB 3.1 Gen 1 ports beneath it. Last of all, we have the audio connections, which also includes an Optical S/PDIF connection.

The last bit of the intro is of course the accessories that you get with the CARBON. What you get in the box is a variety of labels for your SATA devices, although there are far more stickers in the pack compared with the four SATA cables which you get in the box. Of course there’s a user guide, a driver disk, a quick installation guide and an SLI bridge as well as the I/O shield that is seen in the bottom left corner. Gavin Bonshor - Jan 3, 2017 0
Has the best mid-range motherboard on the new Intel Z270 chipset been found? Find out now in our ROG Maximus IX Hero Z270 motherboard review!
Go to mobile version
%d bloggers like this: