I was overjoyed when I found out that TP-Link was sending over their flagship Archer AX11000 in for a review; I immediately set to work on deciding how I was going to test Wi-Fi 6 after learning about all the new features it brings to the table. Continue below and give the YouTube video a watch to find out more…

The TP-Link Archer AX11000 is a behemoth Wi-Fi 6 router targeted straight at gamers and enthusiasts. As soon as I found out the AX11000 was on the way, I got super excited! It’s been 3 years since we’ve seen a TP-Link product on the site! Time really does fly…

Speaking of fly, the router is the best performer we’ve tested on the channel, which was to be expected. The hardware is top of its class, tri-band radios, adding a third channel for gaming consoles and the like, but really this is thanks to the DFS technology pushing users to vacant lanes to keep speeds high. Something I found when adding phones and a second gaming PC to the network. I was impressed when I concluded that the Archer AX1000 could easily provide throughput and range for a high demand household, especially with content consumption, with the likes of Netflix and others really booming in recent years.

The thorn in the crown is that TP-Link has followed suit with the AC5400X and called it a gaming router. Actual gaming routers run game-orientated firmware that, among other things, detects a game being launched and adjusts settings on the fly. No such thing here.

For example, there’s a new section in the interface called “Game Center.” Within it, the “Game Protector” includes the Antivirus and Parental Control. Now, we saw QoS earlier in software walkthrough so we know it’s here. It’s just not here, it’s hiding in the Advanced menu. Why? I have no idea…

Now that doesn’t mean QoS isn’t a gaming feature. It is, but the problem with QoS is it detects for all devices on the network so the type of traffic that your QoS setting is set to look for will take priority over the whole network and the more you have the more they will conflict for the priority. Though, being fair, Wi-Fi 6 technology will help alleviate most of these issues.
My recommendation is that you use the custom setting in the advanced menu to create custom priorities for certain types of internet traffic. This had the best outcome for me overall.

Similarly, the support for Alexa voice command is now “Game Assistant,” though it has nothing to do with gaming whatsoever. The “Game Diagnostic” is nothing more than a general ping test and standard traceroute tool. Nothing game related.

Randomly, the Archer AX11000 has a new “Game Accelerator” setting supposedly reduces lag when you turn it on, but that applies it to the whole network, instead of individual clients, so why is it even a thing?
This setting should not need a slider: it’s not like there is ever a situation where high latency is ever a good thing, right?
Regardless, “Game Accelerator” was turned off by default. But when activated I noticed zero change in gaming, I still had my high latency moments, but that is also thanks to the 4G internet I’m currently forced to use.

I guess overall I’m just bothered by the gamer settings that don’t actually have a gaming impact or benefit. All routers are capable of gaming; it’s just that when you put gaming on the box it should have features that actually improve gaming performance and not just be marketing material.

The aesthetic is also something you’re going to love or hate. Personally, I’m not a fan of red and black. But I liked this because I understand why TP-Link has gone this way with the product. It’s a showpiece with a price tag to match and as such people are going to want an expensive piece of hardware that is going to stand out.

In the video review I completely omitted 2.4Ghz testing results so they are here in the written review.

Remember with such high speeds on offer running Internet speed tests e.g. speedtest.net is no longer a viable way to test the throughput of Wi-Fi connections and for that reason, internal network testing had to be pursued instead.

A range of 3ft and 40ft had been determined to test Wi-Fi strength and range, and the 40ft range was on a second floor and through 2 walls.
A 2.5 GB ISO was used as a test file and the file was transferred directly between 2 SSD’s to eliminate any bottleneck there using a Windows SMB share.

Note: to achieve the 160Mhz connection I had to bypass the default settings. To keep things simple and to actually get a result in testing I had to disable one of the 5GHz channels with smart connect turned off. I manually set the channel width to 160Mhz and assigned the channel to 50.
TP-Link separates the two 5GHz channels with the second one using DFS channels above 100, trying to set this channel manually, setting 160Mhz and AX mode only, just straight-up failed and the Intel-based AX200 Wi-Fi chip couldn’t see it to connect.

While you won’t get the ultimate throughput of what the Archer AX11000 can give I recommend setting the Wi-Fi to “smart mode” when connecting multiple clients as that way the Wi-Fi bands, from my testing, probably will operate at 80Mhz with no problems. This will drop max bandwidth to 2×2 AX devices (Intel AX200, Killer AX1650 and the iPhone 11 to name three) to 1.2Gbps but that is still more than enough in my opinion and in testing the AX200 connected to the Archer AX11000 at 80MHz all the time. Even testing this on Gigabit Ethernet would have rendered the same results as above. Impressive!

Excellent results on the 5Ghz and 2.4Ghz spectrum. Especially considering that now Gigabit Ethernet is the transfer rate bottleneck at home! Multi-Gigabit Ethernet is really needed to get an accurate result here in the 5GHz testing.
Full credit to the Archer AX11000 in the 40ft testing here too. It handled the range testing with minimal loss which goes to show that the hardware TP-Link have put inside the Archer AX11000 is an excellent choice.

The Archer AX11000 is top of the line in its class with tri-band radio, fast Wi-Fi speeds, excellent range with a reliable signal and decent NAS performance if that takes your fancy. A gamer aesthetic user interface with advanced features and a plethora of management options. Overall, a premium flagship product with a premium price tag to match. 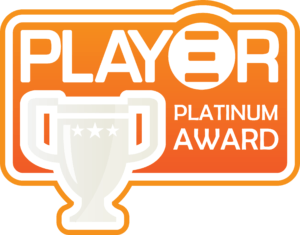 A platinum award for a platinum product.

A big thank you to TP-Link for sending in the Archer AX11000 in for review.

Dave Hicks - May 8, 2015 0
Introduction Brand: TP-Link Model: Archer D9 AC1900 Price: £130 (at time of review) TP-Link has been one of the cornerstones of networking products on the global...
Go to mobile version
%d bloggers like this: