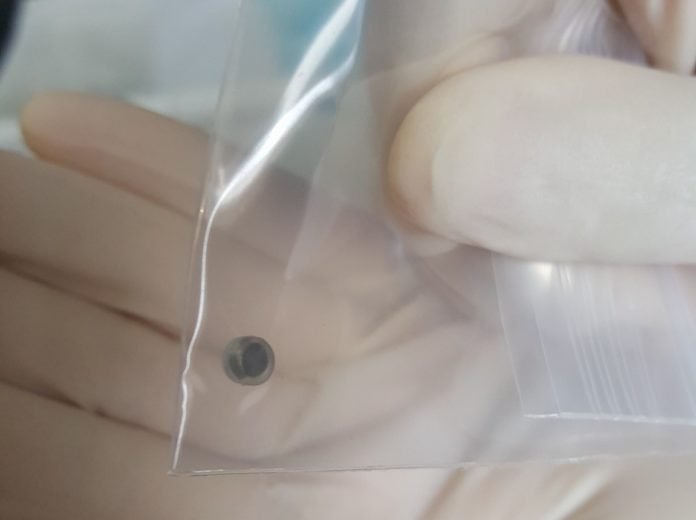 I love sci-fi, I want the high-tech future to happen already. Whether it’s the increasingly likely dystopian future of Blade Runner, Fallout and neuromancer or the more utopian ’50s sci-fi. They all have the same common threads, technology is highly advanced, and humanity has the ability to upgrade itself.

Well, we have advanced technology in numerous areas, we can communicate instantly with anyone, anywhere in the world. We play games with graphics that are approaching photorealistic. Every fact the human race knows is available at our whim. In short, we have the technology side covered, except flying cars but they’re coming. It’s just hard to make a car that flies but also won’t crash into a building.

Upgrading the human body is where we fall behind the sci-fi curve. We can replace damaged or missing limbs with approximations. But enhancing our limited senses and abilities is usually off the table… usually. In the 90’s things got interesting technology reached a point of size, safety and open enough standards that it was possible to implant things to enhance ourselves, to biohack. Kevin Warwick is the most famous amongst these early pioneers, or as he’s more commonly known Captain Cyborg. He can open doors and unlock devices with a wave of his hand. 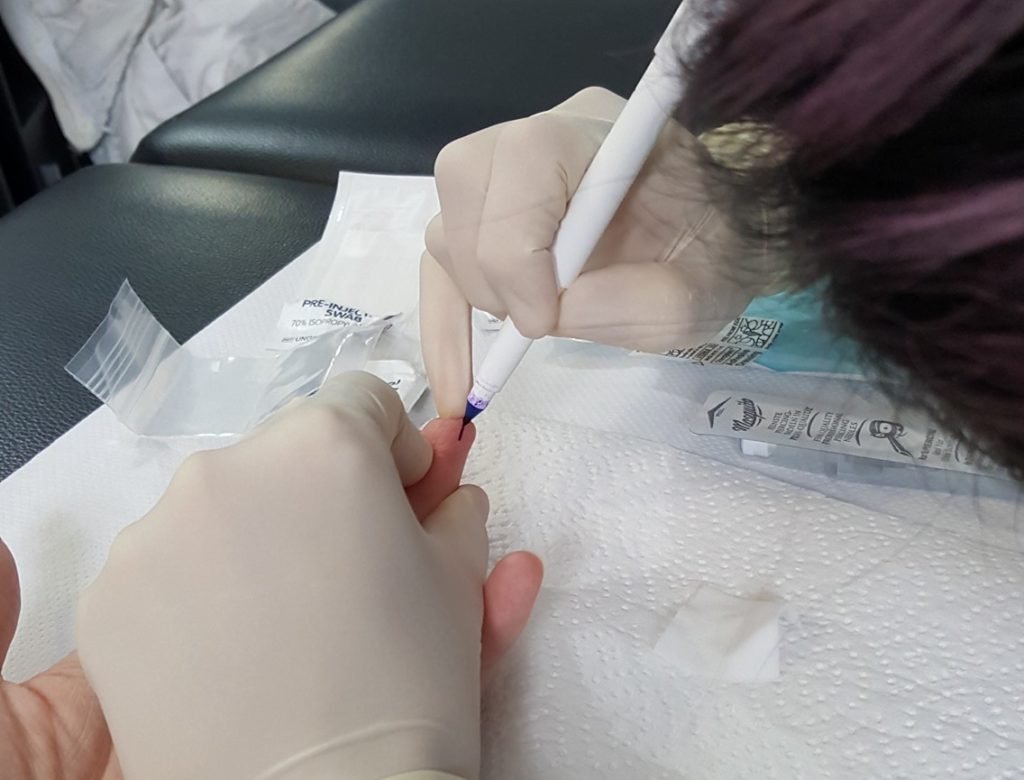 I’ve been waiting since then for the technology to improve to the point where rejection is rare and the actual implants last a long time. I didn’t want to get an upgrade to lose the ability within a few months. For me personally, that point was around 2015/2016. Unfortunately I didn’t have the money to upgrade myself, or know any nearby implanters.

This year that changed. I found a local implanter and I had the money. The question then became a matter of WHAT to upgrade. While the thought of NFC and RFID implants were interesting, I felt it didn’t offer enough for my current circumstances. Afterall I can unlock my phone with a finger, and I don’t use a keycard or other NFC/RFID in my day to day life.

So I looked at magnetic implants. Picking up small metal objects with my finger is just it’s party piece, the interesting part is also the part that can’t really be shown, it augments your senses. If placing technology in the body is going to happen, what’s better than gaining a new sense. It’s a limited range ability to sense electrical and magnetic fields.

My birthday served nicely as the inevitable upgrade date, though apparently this doesn’t reset the clock. I’ll console myself with the fact I’ll soon  have a new ability.

The procedure itself is pretty anti-climatic, everything is over within a few minutes.  First the finger is marked up. Then I’m not allowed to watch what happens, people have been known to faint at the sight of their fingers being cut open. So I’ll have to describe what I felt instead. 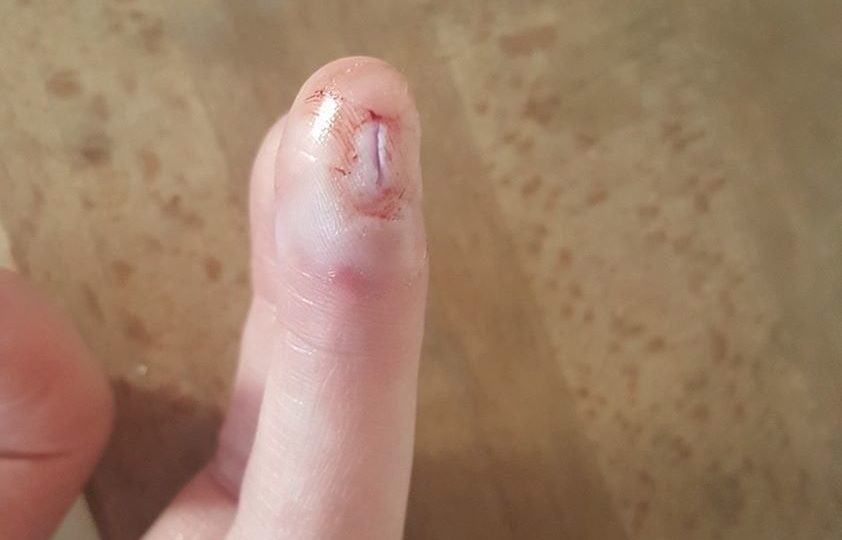 SHOOTING STABBING PAIN. My finger feels like fire and pain, I can feel the incision being made and the wound being opened up. My implanter is clearly experienced as she was already holding my hand tight enough to stop any movement. Then the pain stops and the “pocket” for the magnet is made, though I didn’t know this. It feels like something was crawling under my skin, it’s not painful, just bizarre. Then the shooting pain returns, this is apparently the magnet being placed. After that it’s just a case of holding my hand up while pressure is applied and then steristrips are put on to hold it all together.

It looks a mess, and I’m not sure if I’ve done the right thing. Afterall this was a fully functional finger before the painful magnet implantation. But this is the price of progress.

As the swelling subsided and the feeling returned the magnet started to actually be a magnet. The promised sensations weren’t there though, I could feel my finger pull, but no actual sensation of running electricity or magnetic fields. That took time, my first sensation was the magnetic field in the Amazon Echo. A sort of fuzzy tingle, over the speaker coil.

Overall, I’ve been impressed with how it all turned out. My magnet sits comfortably in the side of my finger, invisible to the outside world. I’ve started to learn the difference between an electrical field and a magnetic one. Electricity feels like it’s flowing down a cable to my PC. Fans and hard disks are amazing, the sensation of motion spinning is something that has to be felt. Magnetic fields themselves still feel fuzzy, like the fur on a puppy. Although if the magnet is driving a speaker I can now feel the music. All of this without physically touching the objects themselves.

Upgrading my senses with the magnet implant hasn’t opened up new worlds, but it has opened up new ways of seeing the world, as well as understanding and interacting with it. 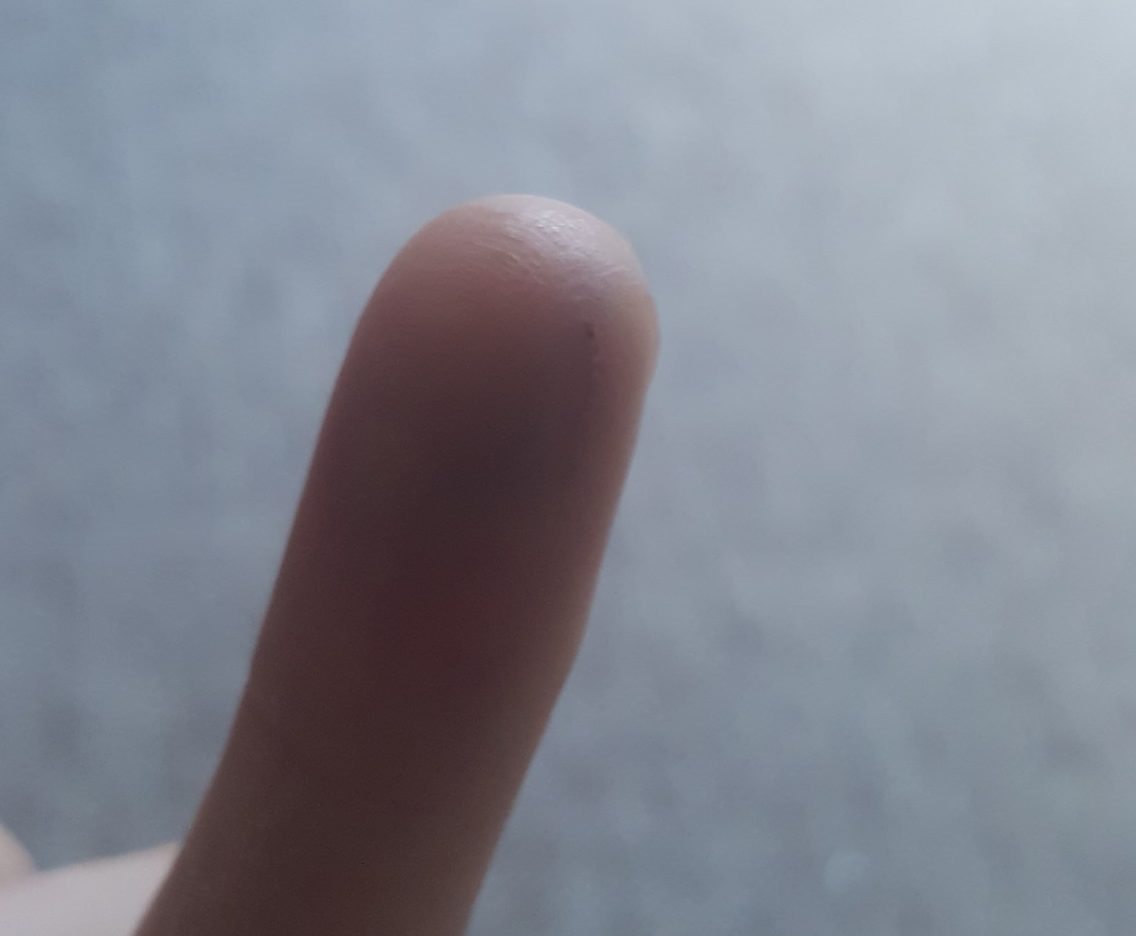 Oh, and it’s useful for getting those tiny screws that always seem to fall into the case when upgrading the PC. 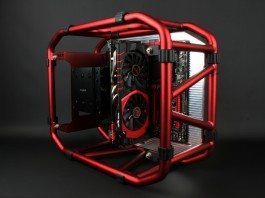 Designs By Richard – Project Deadpool (Merc With a Mouth)