After months of leaks and rumours the first Vega core AMD GPUs have finally hit the shelves. The AMD Vega Frontier Edition is just the first in the planned line of GPUs to use this new Vega core.

Now this first GPU is quite a niche market card with an SEP of $999 for the air cooled card and and SEP of $1499 for the AIO water cooled card due later this year.

As well as pricing making the card a niche market its main uses also make it card thats not aimed at the typical gaming users. Designed to empower the next generation of data scientists, game designers and visualization professionals, this is certainly a pro GPU. 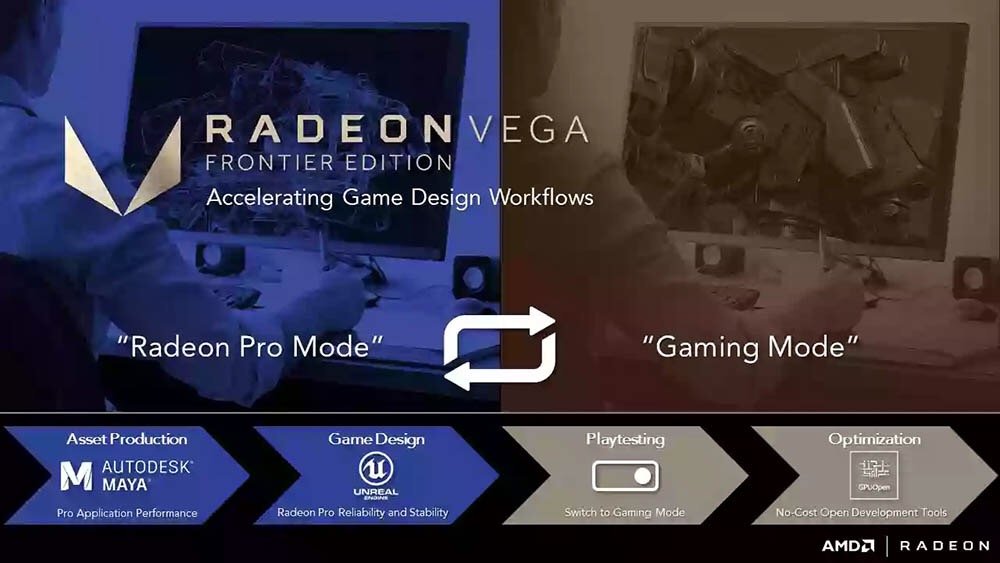 However the ability to have a single GPU that is optimized for every stage of a game developer’s workflow, including everything from asset production to playtesting and performance optimization is certainly going to be appealing. With the Radeon Pro user interface, it will be possible to seamlessly switch between “Radeon Pro Mode” and “Gaming Mode” which will enable developers to easily swap between developing and testing and greatly improve their workflow. 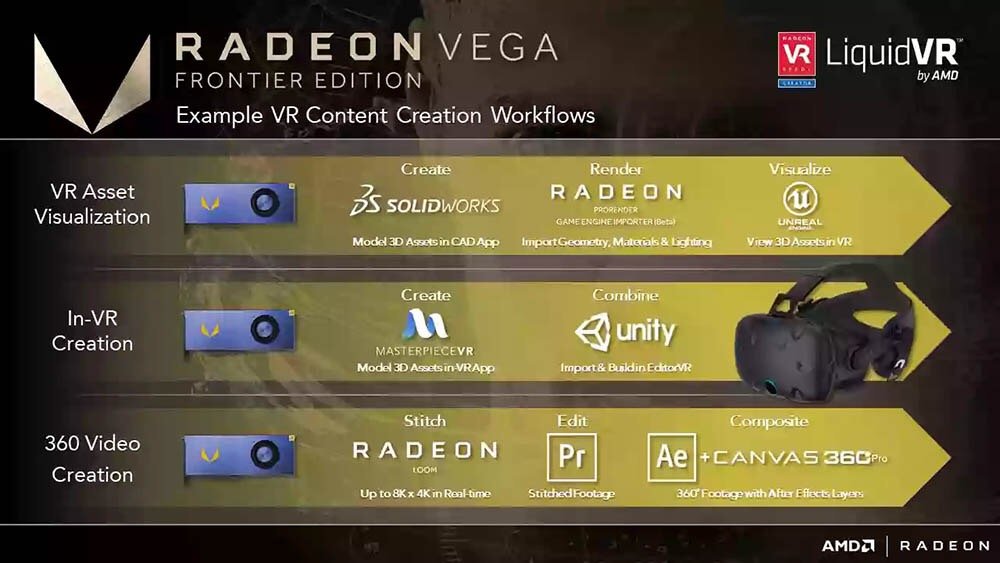 As well as its uses in game development, this GPU has alot of prospects in machine learning applications when used in conjunction with AMD’s open-source, fully scalable ROCm software platform. Developers will now be able to use the power of the “Vega” architecture for machine learning algorithm development on the Radeon Vega Frontier Edition faster than with any other GPU on the market, before deploying it out to massive servers equipped with Radeon Instinct accelerators.

So although this first Vega GPU isn’t primarily aimed at the gaming market, it does certainly show that Vega will have the grunt to become the base of some very good gaming GPUs when they come later on this year.

Play3r - Jul 9, 2013 0
Google has just updated it's platform versions page, interestingly enough it has now been shown that the most popular version of the OS is...
Go to mobile version
%d bloggers like this: