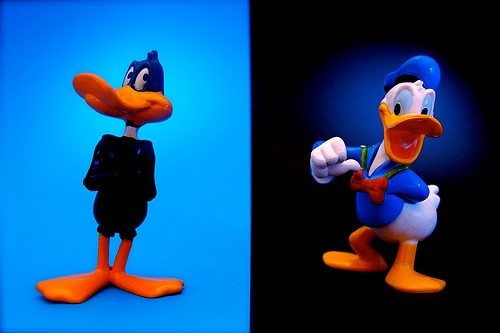 Following our feature on the best video game adaptations of classic fairytales, we are going in a slightly different direction this time around – TV cartoons!

There’s no doubt the television holds a special place in the hearts of America. Before the advent of smartphones and tablets, most of us would’ve grown up sitting in front of the tube and spending hours gazing at our favourite TV shows and cartoons. The list was seemingly neverending – from to Looney Toons to Pink Panther, The Muppets to Sesame Street, and everything else in between.

Fast forward to 2017 and it’s fair to say we live in a completely different world. Children and adults alike turn to the internet for entertainment, communications and gaming. In fact, unless you’ve been living under a rock, you’ll have certainly noticed that online gaming has evolved massively over the past decade and into multiple incarnations: free-to-play, pay-to-play, massively multiplayer online gaming, social gaming and mobile gaming, to name just a few prevalent trends.

However, that doesn’t mean that all those famous cartoon franchises have become obsolete; quite the opposite! TV shows are being repurposed for modern online gaming platforms in numerous ways, and we’re here to run you through a couple of the best options out there in two key areas of gaming: iGaming and mobile gaming. 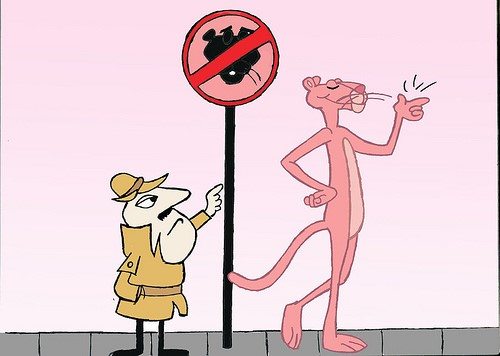 A few years back, few people could’ve imagined that one of our most beloved cartoon protagonists, the Pink Panther, would be making a huge impression in the world of online casino gaming. What a world we live in!

The challenge the developers faced with the Pink Panther online slots game was to create a fun gaming experience that did justice to the light-hearted tone that people associated with the original cartoon. Thanks to the impressive growth of online casino gaming or iGaming in recent years, we’ve seen quite interesting developments, especially in the area of slots. Nowadays, developers such as NetEnt and Microgaming create popular progressive slots games based on popular themes. The trend started with general pop culture themes – cats, jewels, ancient civilisations and so on -but soon moved to developers and casinos obtaining official licensing to use the likeness of many a character from television, cinema and even celebrity culture.

The Pink Panther online slot is a 5 slot reel, 40 payline title. There’s a progressive jackpot, one that increases the more time has passed since the last jackpot. To trigger it, as we read on the Pink Panther online game review, you need to “open 4 inspector Clouseau doors” or 5 Pink Panther doors. In addition from the color scheme and familiar graphics, this slot also features the official Pink Panther soundtrack, which is a great addition to this lighthearted casino title.

The crazy universe of Looney Tunes makes for a perfect crossover opportunity into the world of online gaming. In the past, we’ve seen quality games listed on multiple gaming sites like Daffy vs. Bugs Gridiron and the much-played Cannonball Follies, of course.

But now there’s a new wave of Looney Tunes online games for the gaming public to get their teeth into, none more popular than Looney Tunes Dash. With this game, players can run, jump and break their ways through obstacles, complete objectives and unlock iconic Looney Tunes characters as they go. For a mobile game, it boasts quite a high level of playing options and neat little features that are designed to keep the player engaged and coming back for more. Not bad at all.

So, if you’re keen to keep the flame burning for your favourite childhood TV cartoon, there’s a whole new world at your disposal online – if you know where to look that is.

Paul Davies - Oct 2, 2018 0
With an approximate 1.2 billion people playing games around the world and 700 million of those opting for online play, game makers across the globe constantly have to provide apt protection from something called a ‘DDoS Attack.’
Go to mobile version
%d bloggers like this: