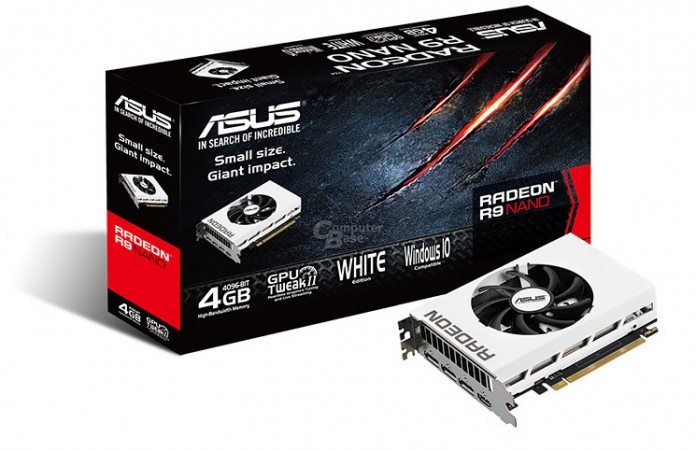 AMD officially released its miniature R9 onto the market last year which provided a powerful Fiji GPU Core, 256 TMUs, 64 ROPs and 4GB of HBM, aimed for Micro and Mini ATX builds. Now we are seeing what looks like a limited run of the card being produced in a luxurious white model! Dubbed as the ‘ASUS Radeon R9 Nano White’, the new GPU will feature the same specifications and design as previous R9 Nano graphics cards. However, this one being white will open a few doors for all you modders and purists out there.

Images of the card were first spotted on German Retailer ComputerBase.de and sparked excitement among the modding community. News traveled fast and now we can see the card in all its glory, hopefully hitting the UK and US market shortly.

As press shots are already floating around, this white R9 Nano should be out fairly soon, though ASUS has yet to make an official announcement. We also don’t have a price as of yet.