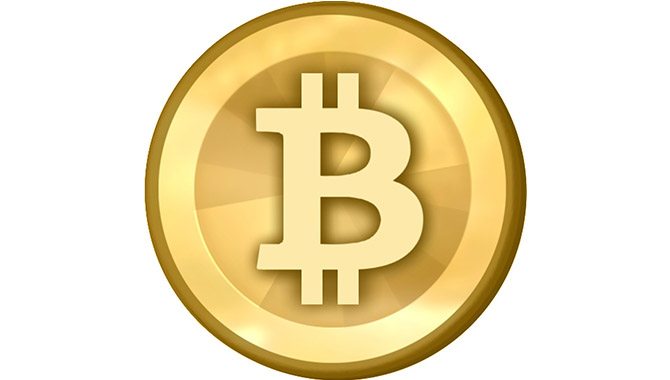 If you’ve been keeping up with the recent computer news, a topic regarding Bitcoins or Litecoins or some other form of coin has most likely popped up on your screen at some point. There are many people who wonder what it is, how to obtain a coin or even if it is profitable from an investment point of view. In my article today, I am to explain exactly that to you so that you can jump on a bandwagon that is vastly increasing at a rapid rate, every single day.

So, first things first. What is the “coin”? All currencies are called a by a coin of some description. Their correct terminology is a cryptocurrency, which uses cryptography to secure transactions. Bitcoin was the first ever cryptocurrency to surface and since then, tens if not hundreds of copycat version have been released into the wild. The coins use peer-to-peer technology to operate with no central authority or banks involved. The coin is a purely online based currency, it never gets into a bank or becomes a tangible item. The transactions and the issuing of the Bitcoins is carried out collectively by the network. All forms of coins are open-source which means it is designed by the public, for the public. Nobody controls or owns the code and it is done this way so that literally anyone can take part and become part of the ever growing network.

Bitcoins, and any other form of cryptocurrency is an easy and effective way to send money over the internet with one of the smallest charges compared to the likes of PayPal, bank transfers and so on. It can be used to purchase goods online at a place such as bitcoinshop. However, there is no form of protection so it is advised that you do this at your own risk, and you definitely need to do some research before any trades take place. You have been warned!

Here’s a short video to give you a brief intro to the world of Bitcoins, and any other coins for that matter.

People often wonder if it is illegal or if it is a Ponzi scheme. There’s a quick and easy answer to that. No it isn’t illegal and no it is not a Ponzi scheme. Some countries such as Argentina do not allow for such currencies to be utilised but as far as I am aware, it is not illegal in 99% of the countries in the world. If you’re worried that it is a Ponzi scheme, don’t be. The Bitcoin organisation started up as a project and it has grown to something which no one had predicted would happen.

When Bitcoin started back in April, 2009, it was worthless. However, as more people started to “mine” the currency, it started to gain momentum. A single Bitcoin hit the $1000 USD marker not too long ago which means that those early adopters who bought a vast amount at merely pennies each have made a fortune for themselves. As there are only ever going to be 21 million coins in circulation, it was assigned a monetary value that has been decided by the public. It’s value is solely determined by traders and there are various places where you can buy and sell the coins. One such example is BTCe where you can buy, sell and monitor the current prices of various coins. The coins rise and drop in value rapidly, even on a daily basis. It’s something which many will and do use to make a fortune by trading what is essentially a stock market.

Sounds good, doesn’t it? I bet you’re wondering how you obtain such a valuable item. That’s not it though… it gets better! It requires absolutely no work other than administering the computer occasionally, as it does throw a wobbly from time to time, and a bit of setting up. After that, you’re away and you’re making money.

It works by using your computers processor or graphics card(s) to essentially work out incredibly complicated maths equations, and your computer does it at a certain speed known as hash per second (H/s). In simple terms, the more powerful your computer is, the more money you can potentially make. However, here comes the twist. While Bitcoin is with no doubt the most valuable cryptocurrency on today’s market, it is very difficult and nigh on impossible to gather a coin by yourself. As it has become so difficult, the vast majority of the public will spend more money on electricity than they will receive from the coins generated. So in order to combat this, people have moved to different coins, such as Litecoin and one which I am trying myself called Fastcoin. These coins are far less valuable but they are much easier to obtain. Whether they will ever reach a Bitcoin price tag is a guess anyone could make, nobody knows.

Why would anyone invest in this? Why would people invest money into computer components? Well it’s simple really. Some people have built up a large enough base so that they do not even have to work for a living. Crazy, isn’t it? To some, maybe. To others, it’s a realm where you can make money for essentially playing games, spending time with your family or even sleeping as late as you want every single day.

Prices of AMD graphics cards have rocketed up in the past few weeks as they are the best miners for the job. Remember when a HD 7990 was around £400 to buy? Good luck getting one for anything less than £600 now. It can be done on NVIDIA cards too but NVIDIA just doesn’t cut the mustard when it comes to hash mining. There are CUDA based variants of the miners around, but they still can’t touch AMD and their superior mining techniques. The reason for this is due to the way that the code is decoded on the graphics card cores. There’s more reason than that behind it though, so let me explain.

AMD designs its GPUs with many simple ALUs/shaders which are designed using a VLIW method. They are designed to run at a relatively low frequency whereas NVIDIA’s micro architecture consists of fewer but more complex ALUs and it tries to compensite with higher clock speeds on the shaders. Due to this very reason, NVIDIA uses up more space on the die per ALU which means that they cannot fit as many of them on the chip. They also hit the clock speed wall faster than AMD and for this reason, they cannot clock them high enough to compare to an AMD core architecture. Basically, AMD has a big advantage here and everyone who mines knows it. Here’s an example between two older generation cards.

As you can see from the maths above, the AMD card is roughly twice as fast in these situations. The difference is visible in all ranges of AMD and NVIDIA GPUs. It’s not only the higher/highest AMD cards that have such an advantage over NVIDIA. Most, if not all coin mining is done on an algorithm known as SHA-256 which makes extremely heavy use of the 32-bit integer right rotate operation. This operation can be implemented as a single hardware instruction on an AMD GPU with the command BIT_ALIGN_INT but it requires no less than three separate hardware instructions to be emulated on NVIDIA GPUs. That’s another massive advantage for AMD as it provides roughly 1.7x the performance. When the two factors are combined, this makes an AMD card between three and five times faster than an NVIDIA card.

I have one final thing I would like to say. If you want to get on this wagon, and are definitely considering it, do not wait. The coins become harder to mine and you get less return on your investment. While there are other coins out there which are sure to take off, there’s no guarantee that the coin you’re mining next will be that one.

I have purchased a few AMD cards myself, and I will begin to mine very shortly (my cards are due to arrive this week). If anyone is interested, I will be posting regular updates on our community page with my progress and with anything that you may wish to know about the coin mining community.

Play3r - Oct 21, 2015 0
We take a look at SOMA, a release from Frictional Games that has Govan quite excited, but is he right to praise it?
Go to mobile version
%d bloggers like this: