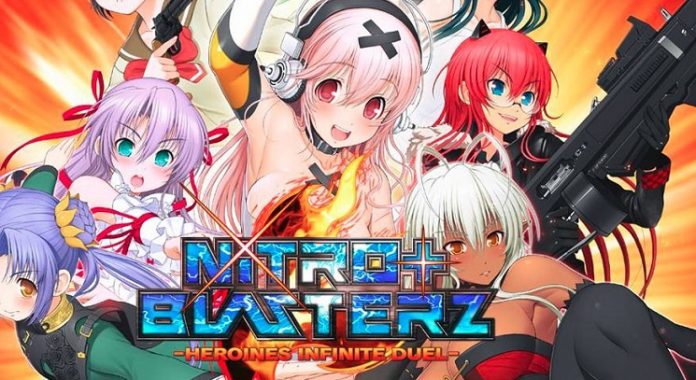 Nitroplus Blasterz: Heroines Infinite Duel is pretty far outside my normal comfort zone when it comes to entertainment. On occasion I’ve dabbled in Manga and Anime, but I can never keep up with what’s happening. Right from the off Nitroplus Blasterz: Heroines Infinite Duel doesn’t worry about your understanding of Saya, Ignis or Al Azif. Knowledge in this case does not equal power. So at least you don’t have to worry about backstory affecting gameplay. 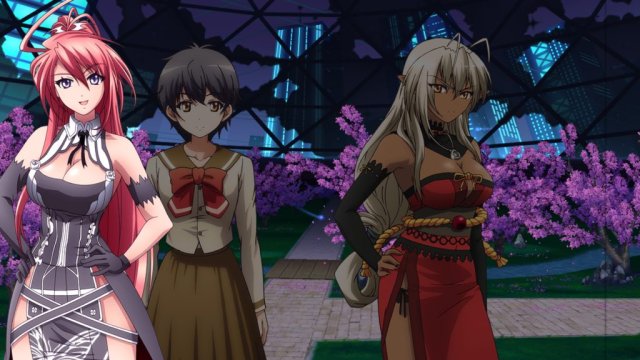 Bouncing boobs and skimpy outfits are the main selling point, however that’s not the whole deal. One of the first modes is story, which does change depending on the character you select. Of course, the stages don’t really flesh it out that well. But you get a feel for what each character is about. Sometimes I wanted more story to understand why a character was important, which led me to looking through the Nitroplus back catalogue to piece it together.

Fighting itself is entertaining and simple enough that a button masher can get through half the first story. Using those early fights as practice for the back half really helps, you can practice combos in relative safety. Not using these early fights for practice will make your progress more difficult. But with some perseverance you can get through the first story mode. Another story is the second fight mode that has set fights with preselected characters. Going into a fight with a character you haven’t practised with forces you to learn at least a little about their style. 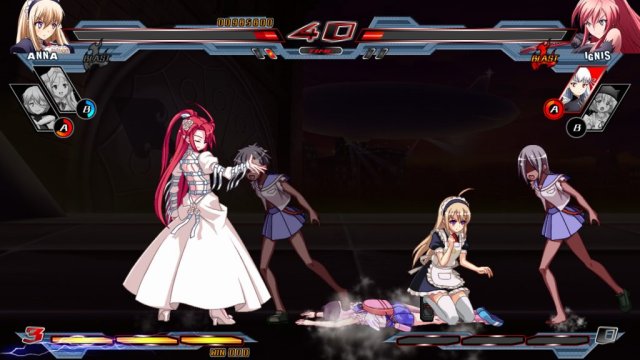 The controls need work, not during gameplay but between segments. If you are using a keyboard then most menus have a different button to accept or go back. The only solution is to wait for the prompts to cycle round and pay attention. There is no reason for one screen to be “I” to go back, then for it to be “8”, then Esc and so on. It happens across every menu in the game. Even using a controller doesn’t alleviate the problem completely. Several times a game I found that the keys were something completely odd.

Online play is an exercise in patience, if you fail to join a room then you are booted back to the main online menu to try again. Ranked and standard both use the same system of creating or joining a room. Both also have issues with this system, frequently failing to connect to an existing session. Sticking with it is rewarding though as actual games are lag-free and responsive enough to feel like local play.

There are only a few options available due to the spritework in Nitroplus Blasters. Resolution, v-sync and fullscreen are all the video options you get. The resources are so light though that at 4k there isn’t a dropped frame in sight. Looking further afield there are pretty much no options outside of control remapping. 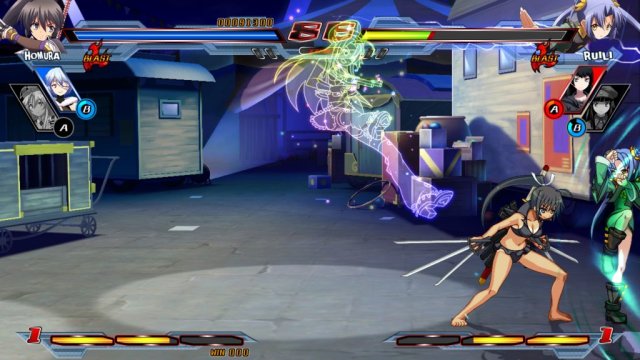 The fighting is decent enough, falling midway between simple and crazy hard. The AI ramp up is smooth enough to get you in the right frame of mind, matching more of your style after every completed stage. So as you get better the AI follows suit, it means that if you’re just starting out with fighting games you’ll be able to get somewhere in the singleplayer. 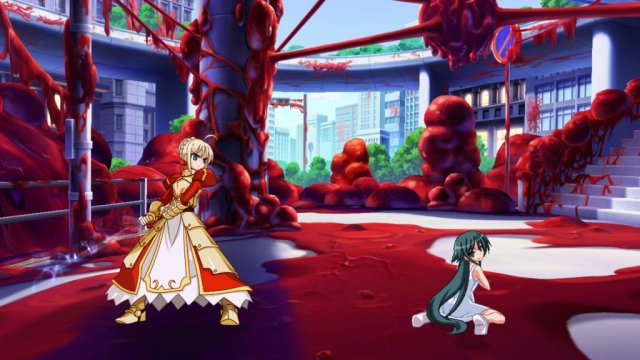 If you like any of Nitroplus backlog then you’ll get more mileage out of the story with characters and settings that are you’ll be familiar with. Another story mode adds a second and more in-depth story that you’ll love. All the previous DLC is also included so there are extra characters to play as.

The keyboard controls are terrible, even worse than normal for a fighter. A controller is the only way to play. I played using a steam controller and had no issues with pulling off combos consistently. Though there was an issue with the controller not being detected if I plugged it in after starting the game. 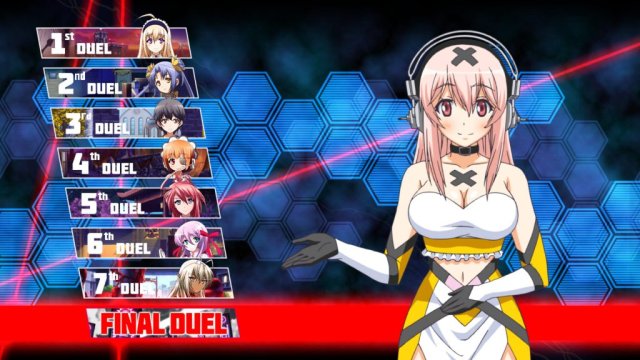 So, if you enjoy Anime and Manga then this is a rare Japanese release and worth your time. If you just want a new fighting game then this will tide you over and offers a decent challenge at the high cpu levels.