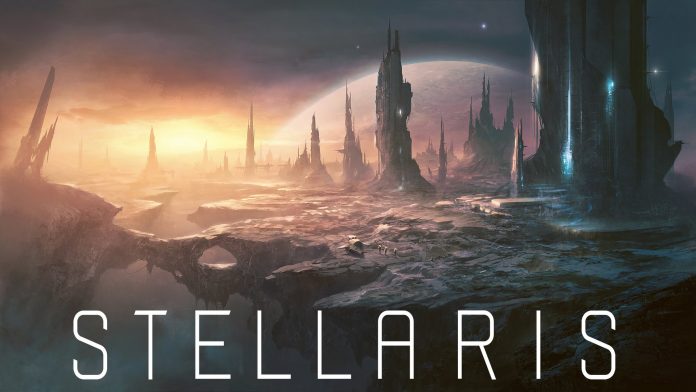 Space strategy games seem to be popping up left, right and centre, and now Paradox have brought out their latest deep space strategy game. Paradox Interactive are a company that I can depend on when it comes to an upcoming game I’m looking forward to that they’re releasing. This latest release they’ve came up with doesn’t disappoint either, while it isn’t the typical kind of game I’d go for, in fact the last game of it’s kind I picked up was Sins of a Solar Empire and that was a game that really impressed me. The first thing most people will want to know about this kind of game is, is it very difficult? Well yes, while it’s a difficult game to get the hang of, it’s certainly one that when you get the hang of it, you’ll be hooked on the game for hours upon hours! This is a 4X Space Strategy game where your main objective is to explore space and find and either work with or destroy other life forms!

This particular game is set 200 years into the future, and you can take control of one of 7 species in which to forge your empire. The game plays somewhere between Crusader Kings II and Europa Universalis 4 I feel, this basically means it’s designed from the get go to be a difficult game. The game graphically is an amazing piece of work, even looking at the game while it’s not even doing anything particularly interesting is beautiful, cue beautiful artwork… I’ve already pumped in a considerable amount of time into Stellaris and I plan to stick in a ton more. I’ve not seen any bugs or glitches throughout my time with it, for a game with such a grand scale this is highly impressive to me, especially with the mini management needed throughout this title. The fact this game has a multiplayer option is pretty big, it opens up people to play this game past it’s story mode, essentially making this a game worth every penny, and at £34.99 its price is not too bad!

Melissa Hadfield - Oct 26, 2016 0
The father of one more turn is back. Civilization VI promises more of what we loved without the frustration of broken systems. Does it succeed, or is it Hexual frustration all over again?
Go to mobile version
%d bloggers like this: