Unfortunately this one isn’t good news for you hardcore Zelda fans. It has been announced by Nintendo that the game will not be at E3 in June nor will it be released on the Wii U this year. Lead producer Eiji Aonuma has uploaded a video to Youtube with a brief statement.

“In these last three months, as the team has experienced firsthand the freedom of exploration that hasn’t existed in any Zelda game to date, we have discovered several new possibilities for this game,” he explained. “As we have worked to turn these possibilities into reality, new ideas have continued to spring forth, it now feels like we have the potential to create something that exceeds even my own expectations.”

“We are no longer making our 2015 release our number one priority. Instead, our priority is to make it the most complete and ultimate Zelda game,” he added. “I hope to use the added time to make The Legend of Zelda for Wii U into a game that will reward you for your patience.”

You can see the full video below:

Zelda was tipped to be Nintendo’s big release for the end of 2015, but it’s just feels like another disappointment for the Wii U fans. Still plenty of gameplay to be had from games such as Xenoblade Chronicles X, whilst you wait for further news on the beauty that is Zelda.

Let us know your thoughts below 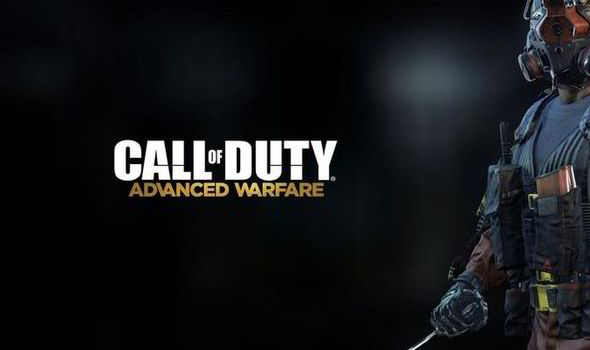 Who Will Make the Next Call of Duty

Play3r - Feb 6, 2015 0
The word is out on the street, and Activision have made their usual announcement on who is picking up the Call of Duty franchise...
Go to mobile version
%d bloggers like this: