A little bit of sad news to break to you folks today. Craig Ferrie, manager of MT. Mods from the UK has gone public regarding a really awesome modded rig named “Gold Rush” after COMPUTEX 2017 held in Taipei, Taiwan and the condition it had been returned to him in. Gold Rush was created for one of Coolermaster’s modding contests and features a pearl white and gold colour theme using hardware from a lot of big names including gear from Coolermaster, ASUS ROG, Alphacool, Team Group and Cablemod. Gold Rush sports a super tidy and custom made hardline loop for liquid cooling, solid 24ct gold logo, 24ct gold plated fittings, a custom-painted chassis, filigree and more. After the modding event had finished, Gold Rush was sent to COMPUTEX 2017 for display and Craig’s build log can be viewed here for those interested.

The Custom Gold Rush rig in all its glory, and the amazing job Craig did are in the images below. 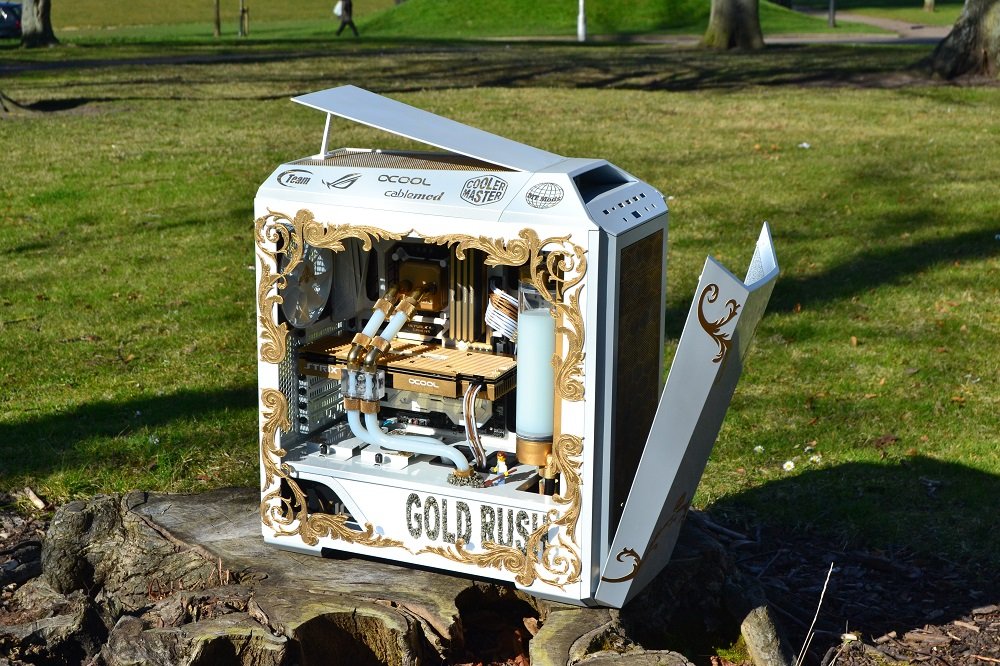 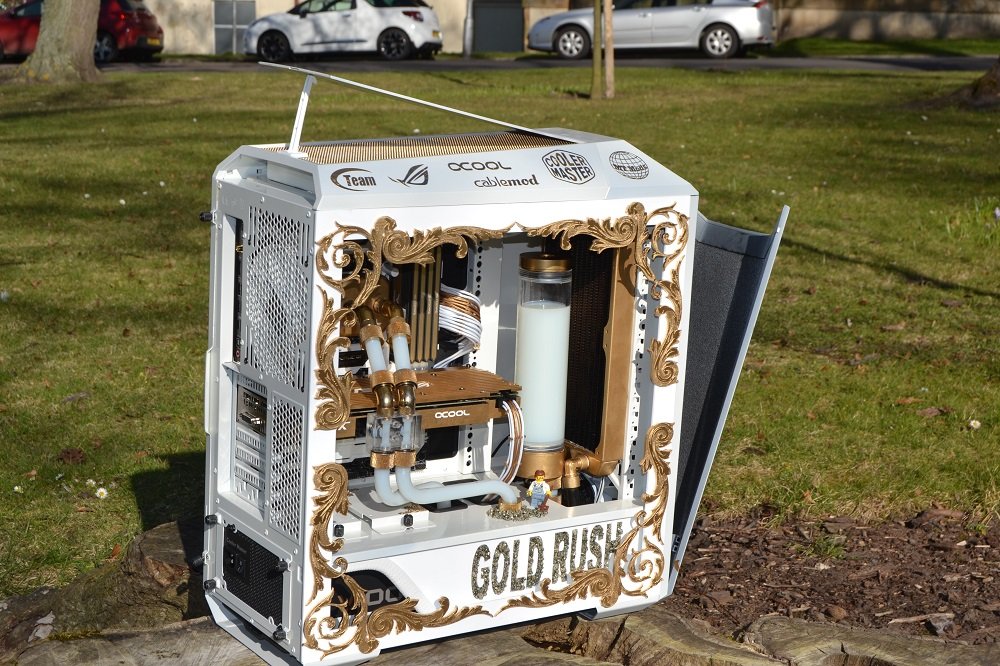 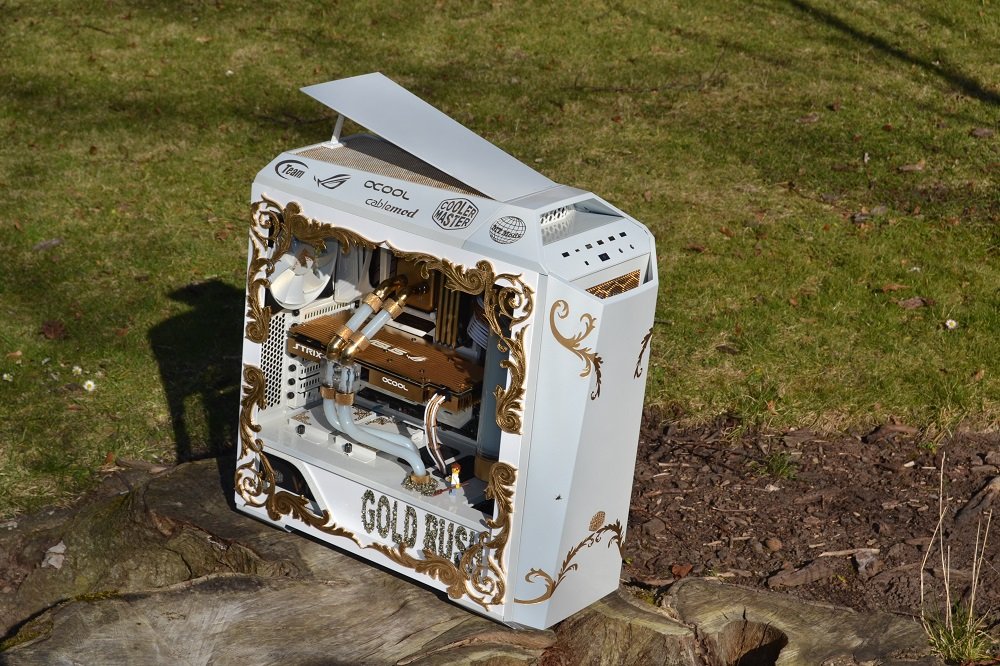 So after seeing that and all the work that’s gone in its somewhat disheartening to see that it was sent back in such a bad way, as you can read here on Craig’s Facebook post. It looks as though due to insufficient and improper packaging, the hardline loop water cooling had been catastrophically damaged during shipping and has caused coolant to spill out and all over the case. Due to the leak, it has also killed all electronic components inside Gold Rush along with exterior scratches and physical damage to the custom-painted chassis. Some of the mentioned damage is visible in the below images taken from Craig’s post and as you can see there’s liquid across several areas that has caused most of the component damage. 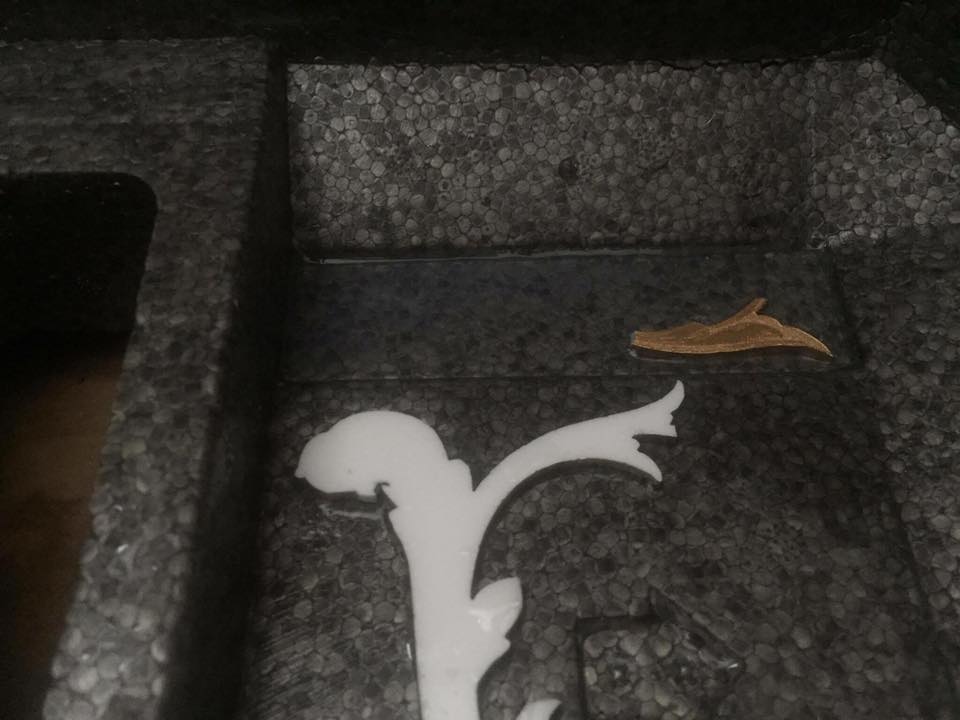 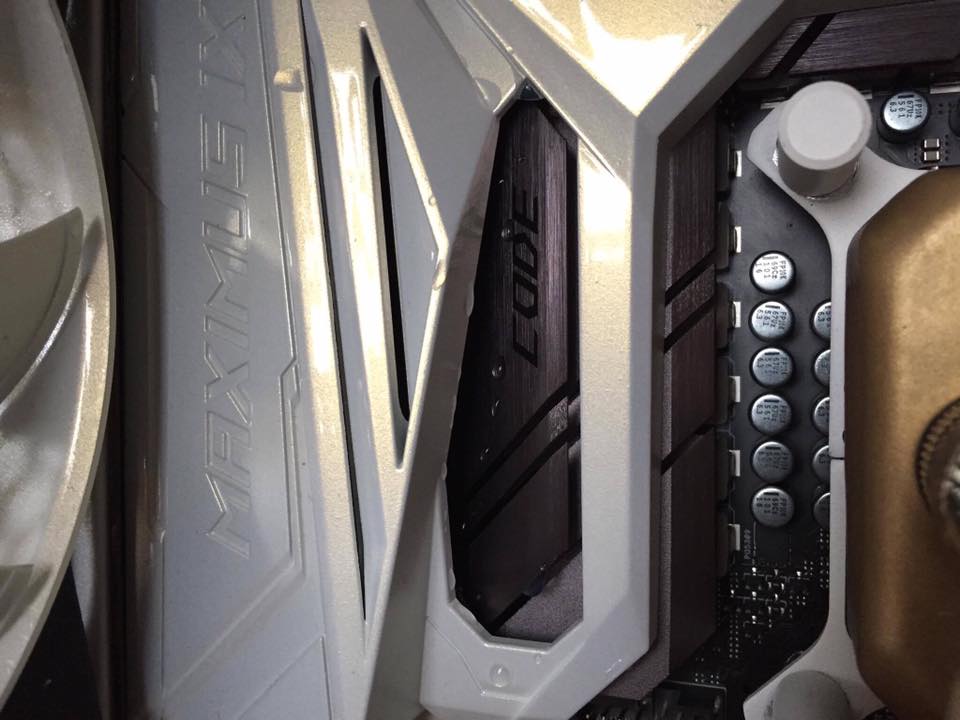 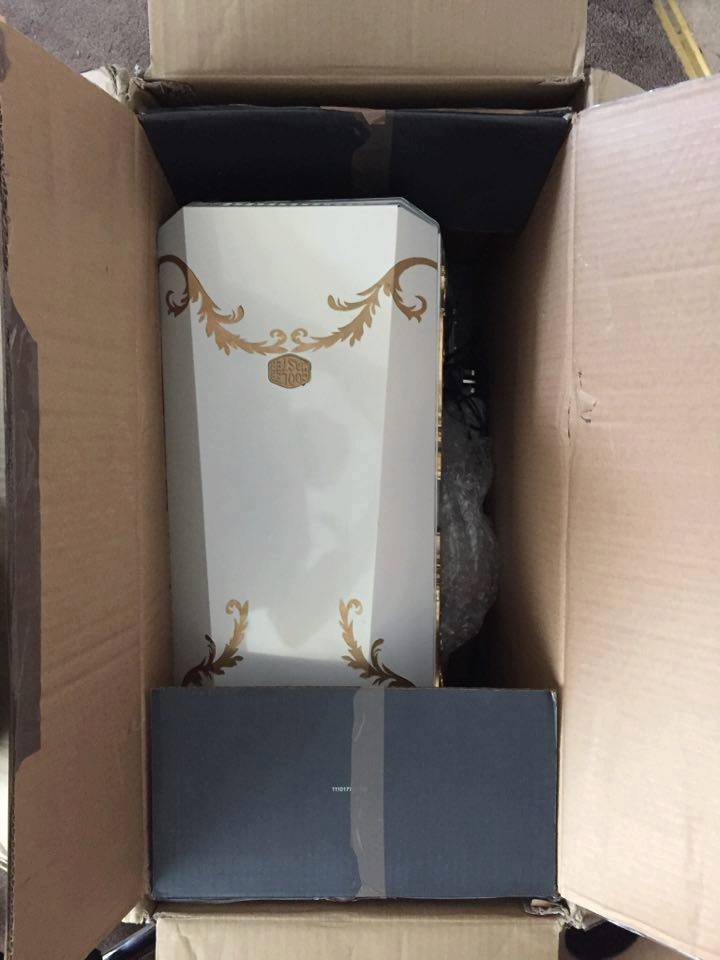 There was a claim put in against the courier by Alphacool, but as you can read on Craig’s post it is isn’t totally down to the courier but again the main details can be read from Craig’s post. From the sounds of it the PC was potentially boxed up at the end of COMPUTEX in a rush and thus causing all these issues. The latest we’ve heard so far is that the folks at Alphacool, that are currently dealing with this, are actually in talks with Craig at the moment and we hope this can be happily resolved as it’s not great to see big names getting in troubles such as this, especially when it’s a company that deals with liquid cooling and should know better and drain a loop before shipping something out. Hopefully, this can also serve as a warning to everyone who’s planning to ship any form of pc with a custom loop involved that both draining the loop and proper packaging can be the difference between it arriving fine or, sadly in Craig’s instance, it arriving damaged beyond repair.

Play3r - Jan 22, 2015 4
With the Accelero S3 comes a passive graphics card cooler which can cope with demanding cards! The new silent champion further improves the outstanding...
Go to mobile version
%d bloggers like this: