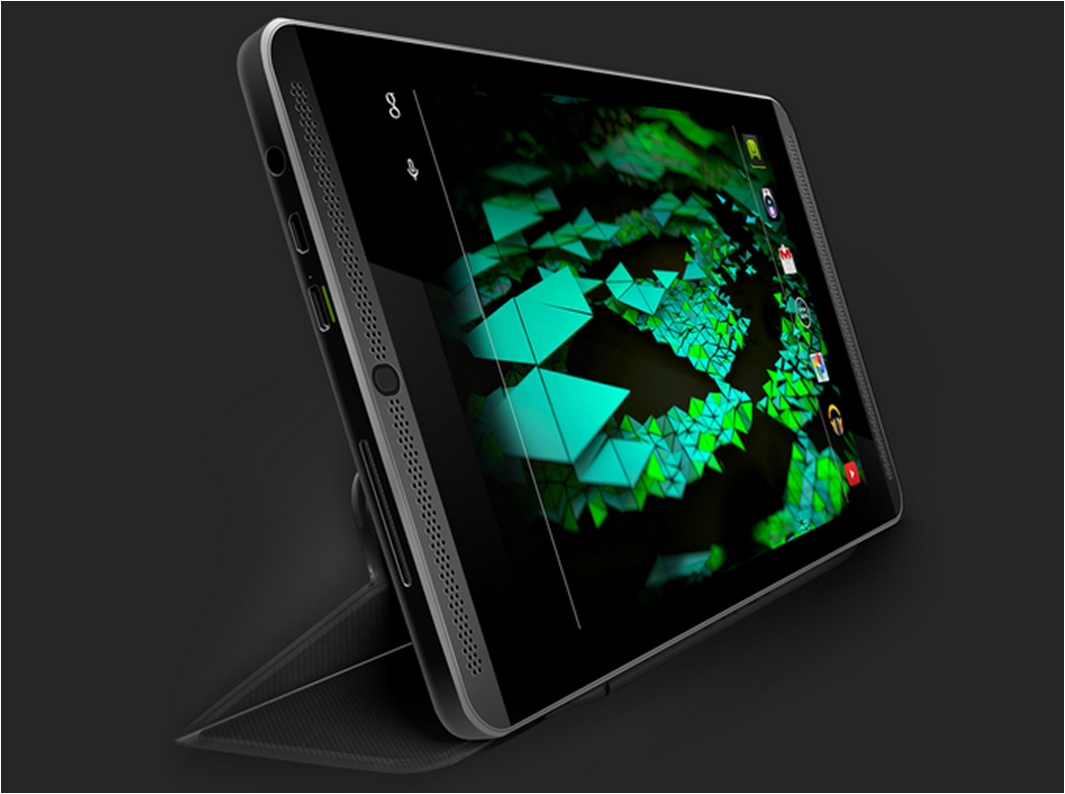 Nvidia has officially announced its new Shield Tablet. Aimed squarely at the gaming market, the device boasts an 8′ 1080P IPS display, dual front facing speaker and a battery life during video playback of 10 hours. Technically it features a 2.2Ghz Arm A15 Quad Core processor and a Nvidia Tegra K1 GPU, with 2GB RAM and 16GB of onboard storage but this can be boosted via an SD card slot.

The Shield Tablet also has a stylus for drawing and creative work that takes advantage of the Tegra GPU onboard, a cover that folds into a stand (very much like Apple’s iPad cover), Gamestream support that allows owners to stream games from their pc and play them on their Shield Tablet, a ‘Console Mode’ for playing on a TV with multiple controllers, and Nvidia’s Shadowplay technology to allow for recording and streaming to Twitch.

On the more common tablet front it has 4G LTE support, a front and rear facing 5MP camera, a 3.5mm audio jack, Mini-HDMI 1.4a and Micro-USB 2.0 support. Android 4.4 is the OS of choice and the Shield Tablet can stream 4K media to a 4K supported tv. Wireless comes in the form of 802.11N standard wireless rated at 2.4Ghz and 5Ghz as well as Bluetooth 4.0 and GPS.

Being launched alongside the Shield Tablet is the Shield Wireless Gaming Controller, designed to not only work on both Android and pc via Gamestream, but to do so well (unlike many Bluetooth controllers on the market today). Nvidia claim to be using a “custom Wi-Fi Direct solution” that will give it very low latency and better performance when compared to Bluetooth controllers. Owners can also connect up to 4 controllers to one Shield Tablet when playing on large screens for split screen gaming. Nvidia have also introduced some interesting features such as voice control and headset jack built into the controller itself, as well as a touch pad. Interesting yes, but game changing? Sony’s PS4 controller does all that and is slightly cheaper too, which brings me onto the last point – it’ll cost £49.99.

Personally I think Nvidia will have priced themselves out of the market a bit, sure it’s nice to see innovation, but once you’ve bought the tablet and the controller you’re looking at almost £300 depending on which version you get, and you’re into proper console territory at that point. If it was your money would you consider Nvidia’s Shield Tablet? Let us know.

PlayExpo partners up with Showmasters

Play3r - Mar 26, 2014 0
PlayExpo announces linkup with Showmasters to take the events to the next level
Go to mobile version
%d bloggers like this: