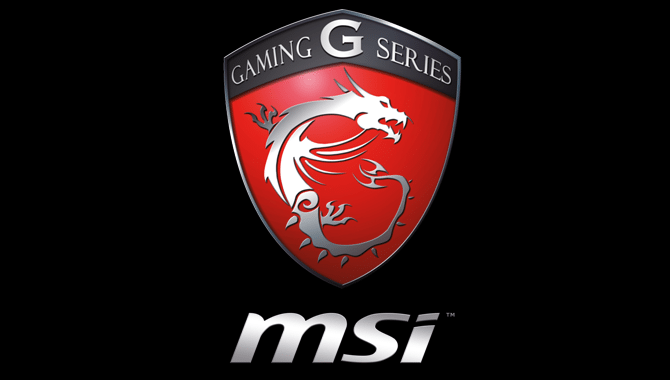 Here we are on a cold Saturday morning having trekked across the country to experience the fun and hectic MSI Fan Day. MSI invited us along to experience what their fan days entail and of course, to enjoy ourselves, they bring the reputation, we bring the party! 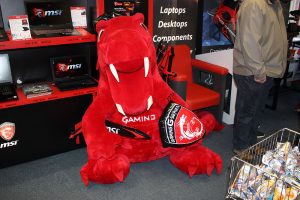 MSI are, as ever, incredibly keen to connect with their customers and offer experiences such as playing with their latest products and hosting tournaments with some very exciting prizes. 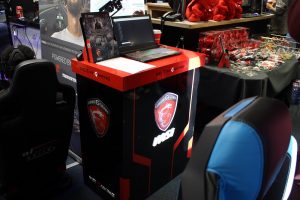 Arriving at Box UK who have offered up their store to host the event, we are greeted by an excited crowd, bustling around shelves stacked with products and demo systems loaded up waiting to be enjoyed. 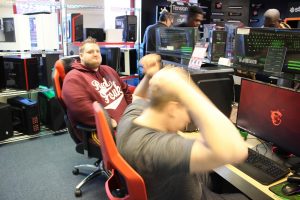 The main tournament for the day is Streetfighter V, the latest release in the franchise, all set up to play on some of the latest MSI Laptops, from the sleek Ghost Pro GS63VR slim up to the beastly mechanical keyboard equipped SLI Monster that is the GT80. 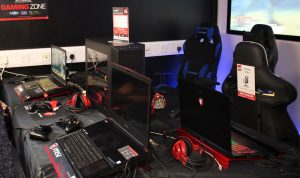 Registration is quickly filled up with keen participants, some of which brought their own controllers showing how serious they are. 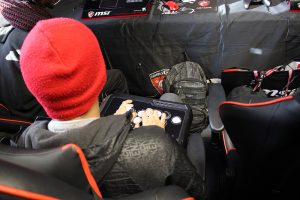 This keen interest in the tournament was helped along by the offer of a fantastic prize, A Cube Tension VR Gaming PC worth £1100. 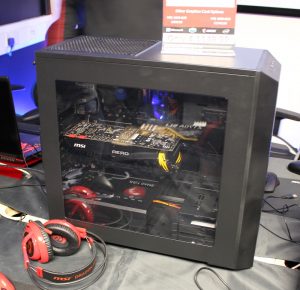 Alongside this tournament, there were raffles throughout the day, giving away MSI gaming mice to lucky winners.  Here we have the winner of the hotly contended Streetfighter V tournament with his prize presented by MSI and Box. 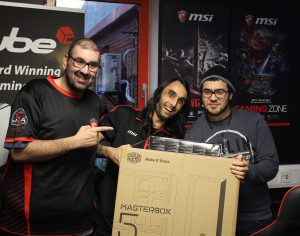 MSI and Box were today offering an in-store promotion and running an epic prize raffle, with every order over £20 an MSI Thunderstorm Aluminium gaming surface was available free, while all purchases over £50 were entered into an end of day raffle to win an MSI Tomahawk Motherboard and GTX 1060 Gaming graphics card.  Here we have the luck winner showing off his prizes presented by AJ. 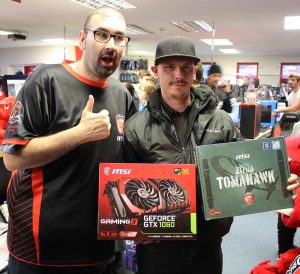 Box have an ongoing competition to win prizes in store by setting the best lap on their big three screen setup of Project Cars, this was also proving popular with a steady queue to take on the simulation. 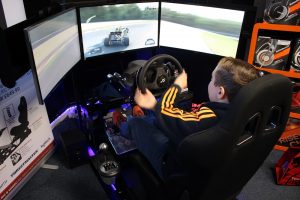 Here is the winner of the fastest lap with his prize. 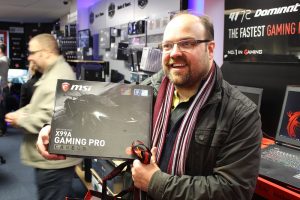 Other treats available on the day included a Flight simulator and plenty of VR reality thanks to the brand new MSI VR One and the HTC Vive.

Keeping everybody fed and watered MSI and Box offered a lunch buffet along with drinks and snacks throughout the day.

Today hasn’t only shown that they are at the forefront of giving back to the consumer, but it also shows that they care about the community. The fan hasn’t been purely self-promotional because let’s be honest, there are cheaper ways to gain exposure. Today has been about the gamer, the enthusiast, YOU! 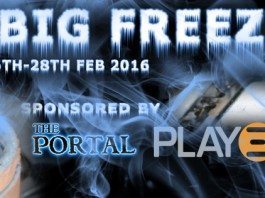