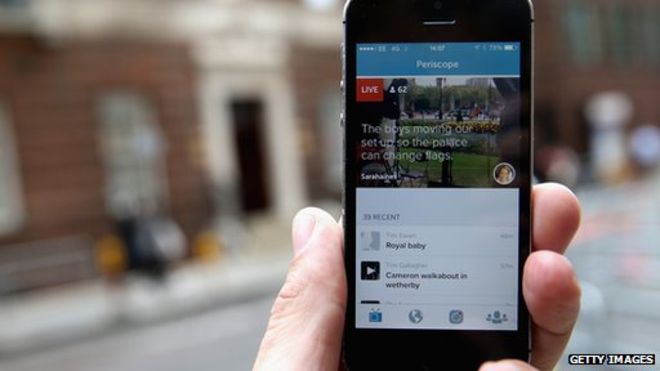 Twitter’s live video streaming app Periscope is being launched on Google’s Android platform, exactly two months after its debut in the Apple store in March.

Rival streaming app Meerkat has been available for download on Google’s Play store since the beginning of May.

It claims there were more than a million downloads of the Apple version of the app during its first week.

Both apps offer a live broadcasting service via mobile phone. Those watching can show their appreciation and send messages which pop up on screen during the stream.

However, such services are data-heavy, experts have warned.

“I was streaming for about 11 minutes on 4G and I used up in the blink of an eye 250MB [of data],” said reporter Kate Russell from BBC Click.

“If you’re watching random streams for about half an hour you’re going to chew through about 400MB, so if you’re on a low-data plan, be aware of exactly how much data you’re consuming.”

Periscope android engineer Sara Haider said in a blogpost that Android users of the app will be able to return to watch a broadcast where they left off if, for example, an incoming phone call or text message interrupts the feed.

Those using it to broadcast will not have to upload a file in order to enable replays.

Ms Haider described the app as “the closest thing to teleportation”. 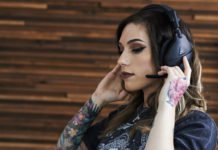