BIOSTAR releases a new BIOS for performance refresh for the entire line of Intel® Optane™ memory-ready BIOSTAR RACING 200 series motherboards. A quick update of the BIOS will refresh your PC by reducing boot and load times, thanks to the Intel® Optane™ technology for faster caching and storage. Now you get quicker response times without sacrificing the storage space of your SATA hard drives. Start your PC and/or load your game and applications faster than ever! 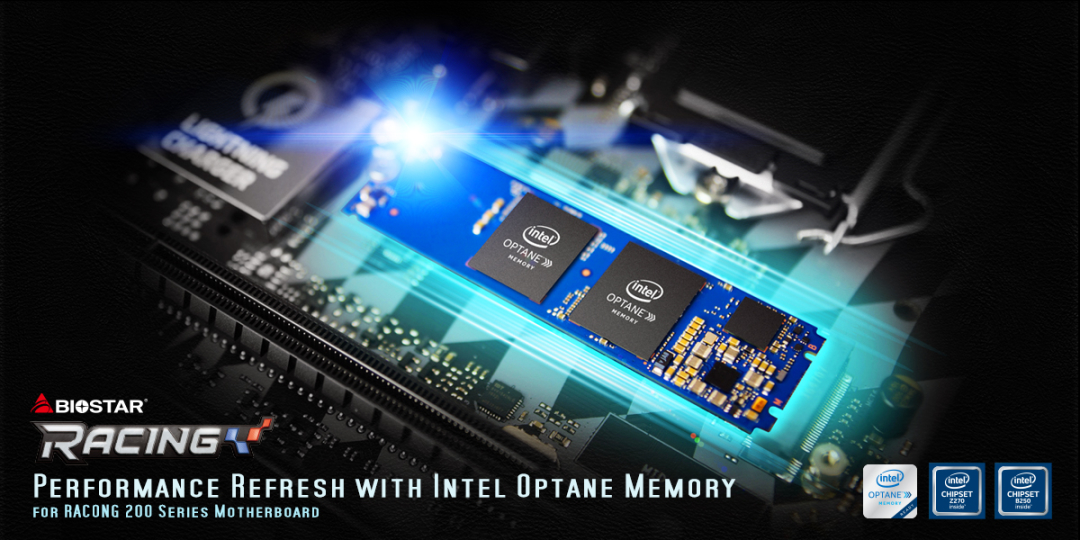 Considering the price-performance benefits of stating with a 16GB Optane memory for roughly around $40, this is very afforable upgrade. Essentially, you are able to enhance your hard drive to perform at the speed of a SSD. While SSDs normally have smaller storage capacities than hard drives, now you are able to enjoy the best of both worlds.

With the update, your BIOSTAR RACING 200 series motherboards, 7th Gen Intel® Core™ processor and Intel® Optane™ memory will have you getting to the much improved response times out of your existing hard drive. This is made possible by storing the most frequently used data and programs closer to the processor, which allows the system to access this information more quickly and improve system responsiveness.

How to Update the New BIOS for Intel® Optane™ Memory Support

It is easy to update AMI BIOS of BIOSTAR motherboard to take the advantage of Intel® Optane™ memory technology. Follow these steps:

1. Download the BIOS file from: http://www.biostar.com.tw/
2. Copy the BIOS file onto a USB storage device (not NTFS format)
3. Power on the motherboard and press ‘F12’ during POST (power-on self-test) screen.
4. After POST screen, a menu for BIOS update will appear. 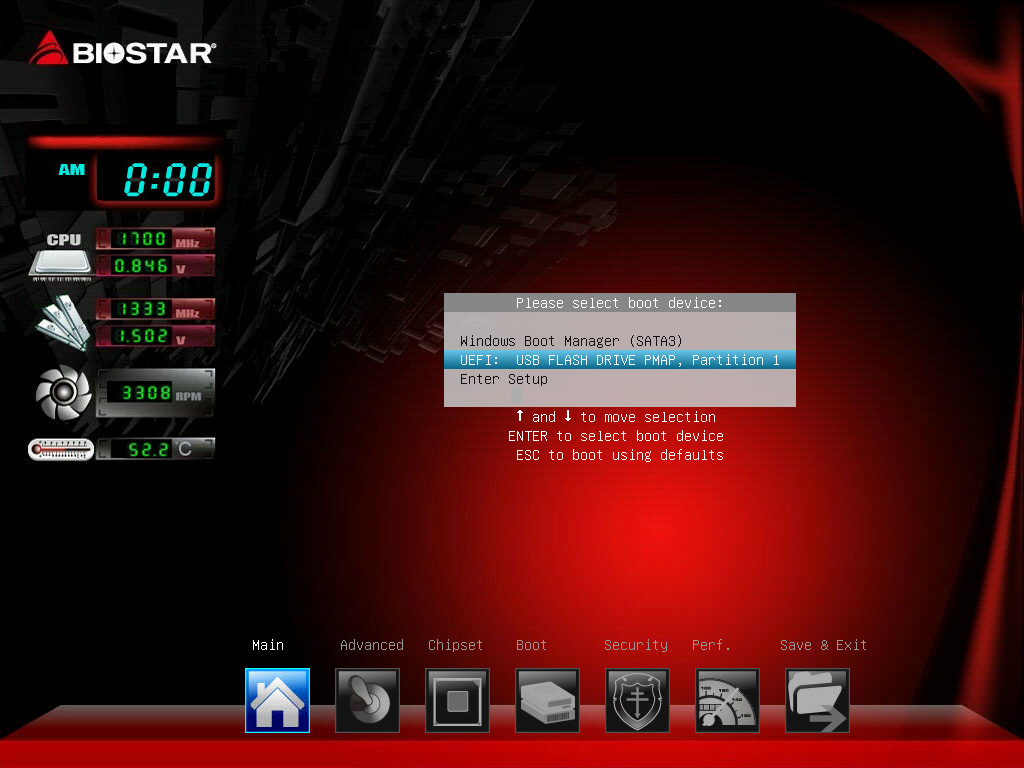 5. Select USB device and press ‘Enter’, it will go into the BIOS update screen.
6. Use the BIOS file listed on the left to update.
7. Wait for the system to load the BIOS file.
8. Press ‘Y’ to flash the BIOS and erase DMI data. The system will update the BIOS automatically.
9. After reboot, the system will run with new BIOS. Turn-off the computer and install Optane Memory on M.2 slot to enjoy the performance upgrade.