Cooler Master, a leading designer and manufacturer of desktop components and peripherals, is working hard to make sure you remember its 25th anniversary. A barrage of special edition products and some long-awaited surprises from its vault will debut at the world’s largest B2B tech trade show. People looking to tune in to coverage will also have the chance to watch modders and artists showcasing just how jaw-dropping PCs can look, and how you can do it yourself.

“Cooler Master has been a company of firsts. First commercial heat pipe CPU cooler. First all-aluminum PC. First AIO liquid cooler. Everything we’ve done has worked towards making the desktop a fun, beautiful and easy thing to build. At Computex, we want to show you how easy it has become to build a showcase PC,” said Charlie Wu, Cooler Master’s Brand Manager.

Although lips are sealed, Cooler Master has squeaked a little about what’s behind closed doors before May 30 arrives.

A Dream to Build, Look At, and Use

Everything Cooler Master will reveal is focusing on how premium PCs that took case modders months to pull off in the past can be done by anyone with the right tools. They are attacking the PC build from four aspects – putting in original tech and design and customizing with hard accessories, adjustable parts and new software. For gamers in particular, they are releasing products where every design option has a functional component for enhancing performance and comfort on the competitive level. 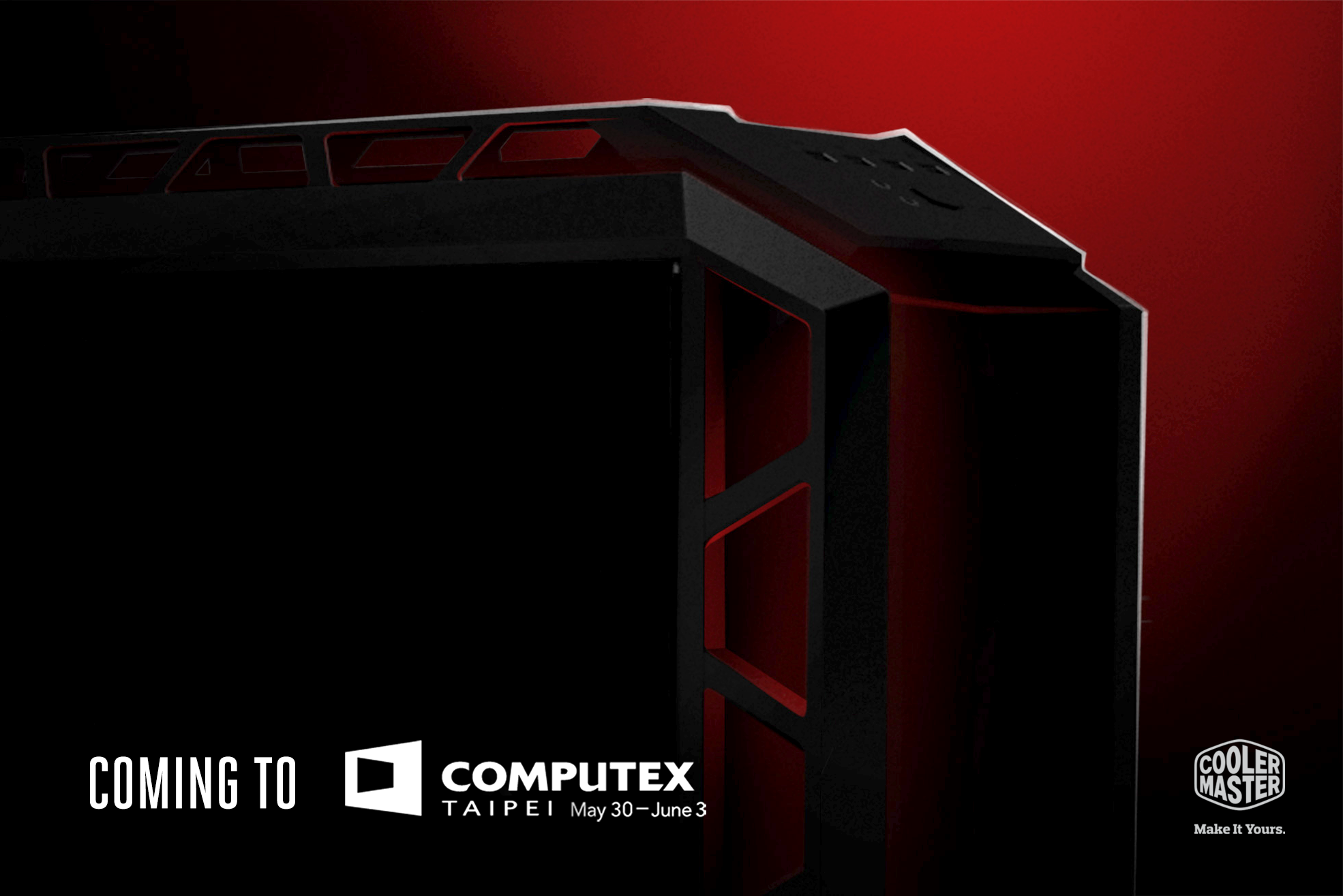 Cooler Master’s tech department, built on its adventurous OEM roots, always has a few tricks up its sleeve. For CPU coolers, we’re looking at one concept based on a heat column mysteriously named “UFO.” The next, already hinted at during CES earlier this year, is the next edition of their flagship MasterAir Maker 8. They said it is even bigger, as they were able to overcome previous performance limitations by combining new loop heat pipe technology into the vapor chamber base. Lastly, they’re launching a product that is the last they need to check off a full list of all possible CPU cooling solutions available on the market. It involves flexible tubes, if that helps. 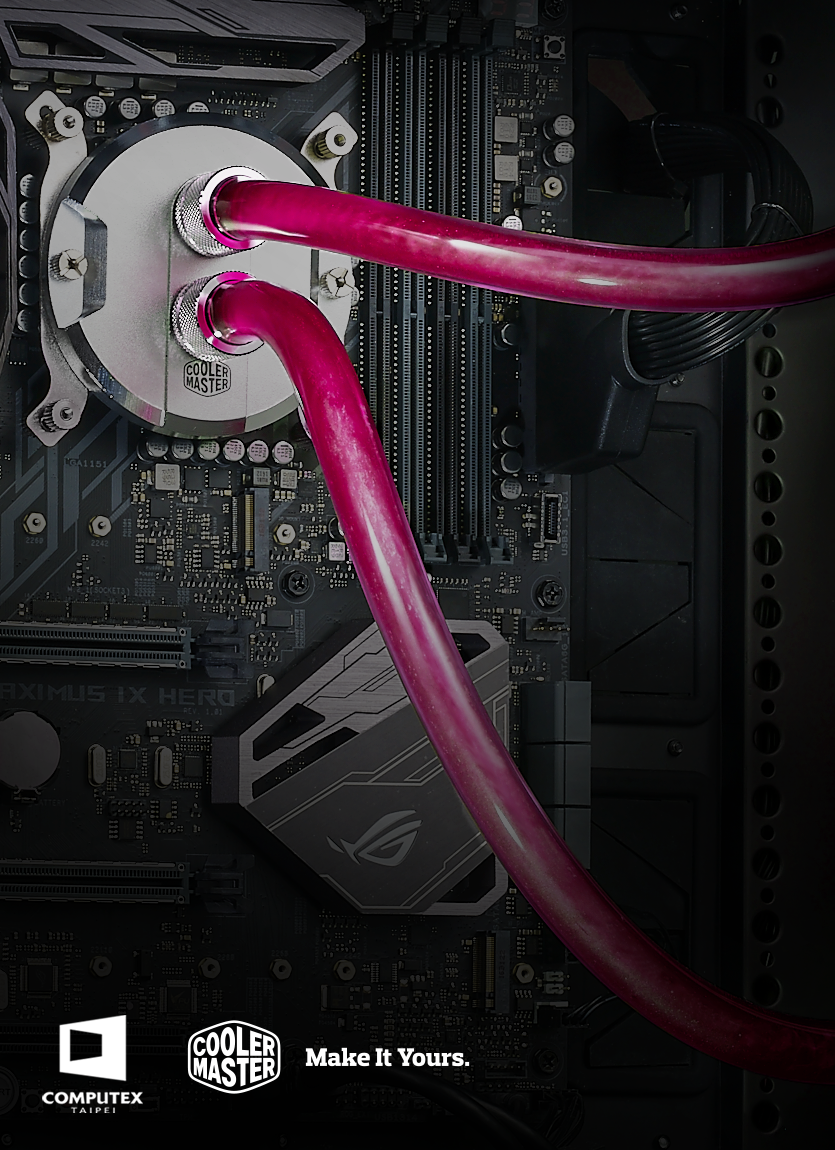 Cases: Pulling Secrets from the Vault

There’s really big news in the case department. Astronomical, you might even say. For starters, upgrades are coming on all existing cases in the modular MasterCase series, and the number of accessories will be pushed to over 25 with some unique lighting options. A completely new series of cases is on the horizon, with a design we’ve not quite seen before and described by Cooler Master as “our smallest case to date.” 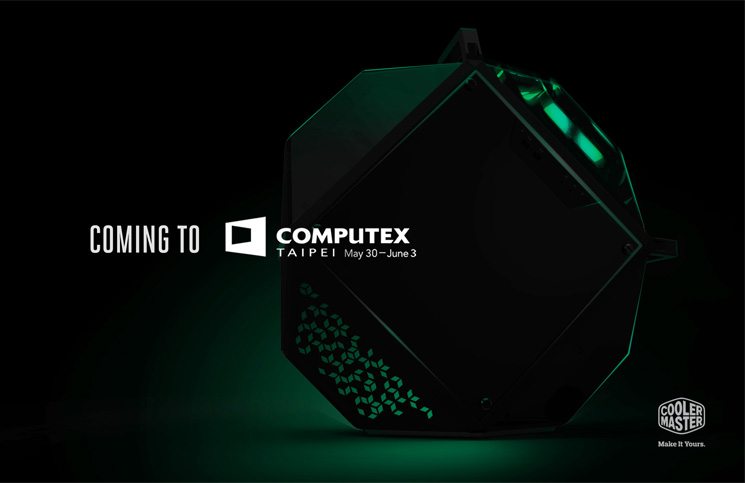 Bigger still is the stuff from the 25th year anniversary vault, as we said earlier. They were super quiet about this, but did tell us that people are due to see new entrants from its two most popular case lines of all time. One of them is debuting glass curved in a way that the world has never seen before on a case. Stay tuned. 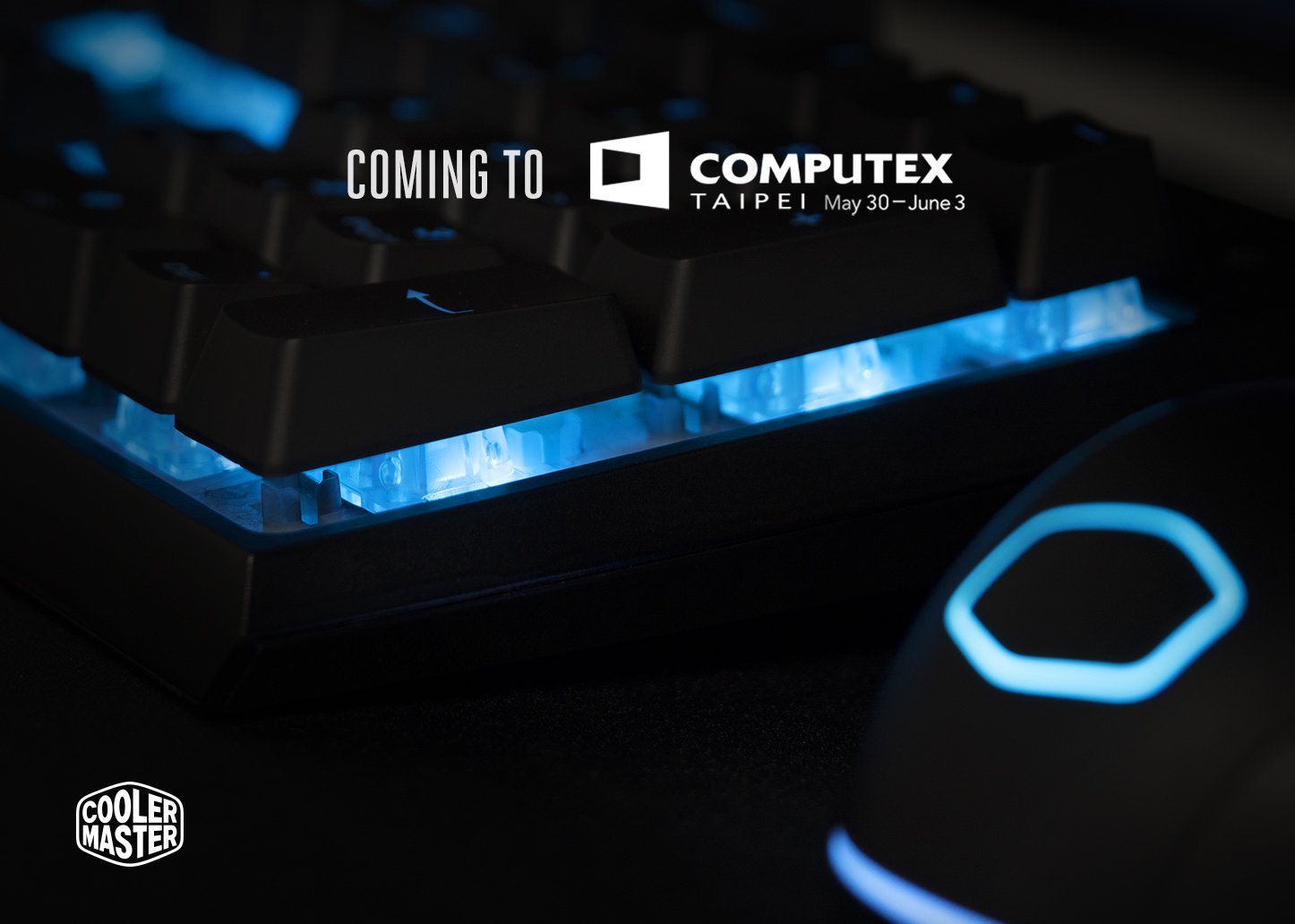 Cooler Master is taking parts out of its power supplies. We know, that sounds bad. Actually, it’s going to make things even quieter. As well, cables and power cases will be seeing in color with officially sanctioned sleeving and flat ribbon varieties. 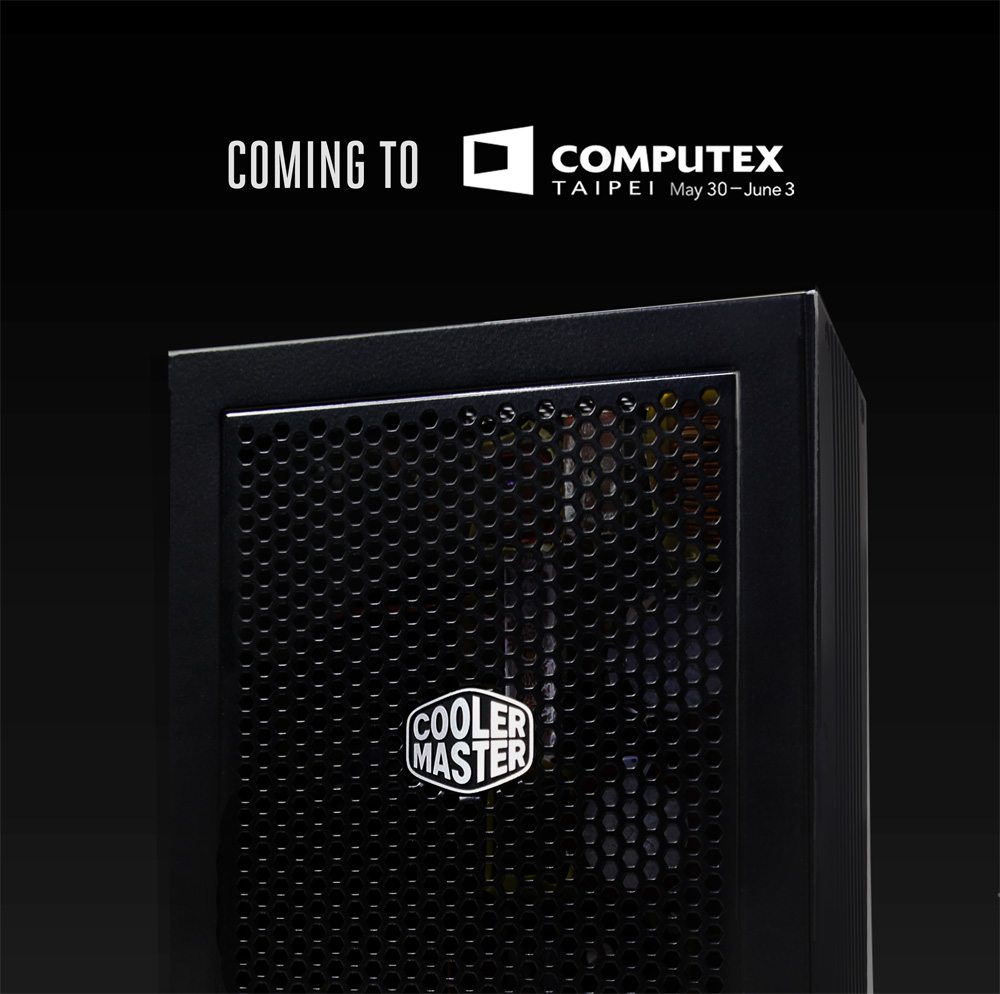 RGB: Lighting Gets a Strong Push in Hardware and Software

After its initial success bundled with Ryzen’s Wraith RGB cooler, Cooler Master’s software will be debuting along with almost 10 new products that will come strapped in rainbow colors. You’ll be able to enjoy these and other compatible products in RGB whether or not you have an RGB motherboard, a sentence that will only make sense at Computex.

Surrounded by this year’s Case Mod World Series winners, modders from multiple countries will be showing off some of their skills in on-site modding demos. There will even be some giveaways featuring modded components done during the trade show. Witness and learn firsthand the skills you need to make a world class mod or just a nice PC for your own desk at home.

Cooler Master will have live coverage and giveaways on the company’s social media platforms and in major media visits, happening from May 30 – June 3, 2017.