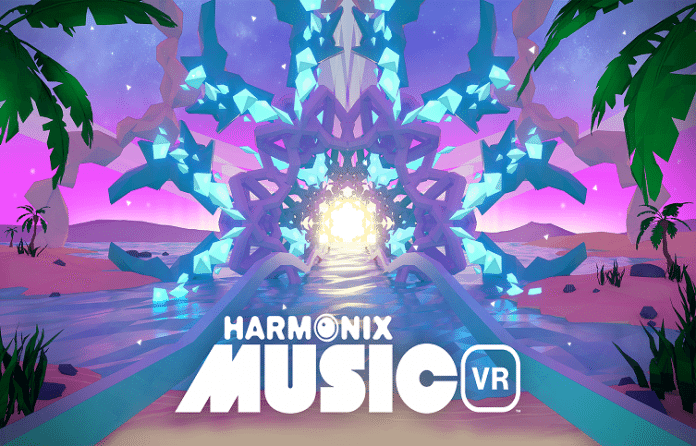 Harmonix Music VR drops a new trailer for E3 which illustrates how VR users will experience music like never before! So for those of you who don’t know, here is a little bit of background on Harmonix. Harmonix Music Systems, Inc., based in Boston, MA, and established in 1995, is the leading developer of groundbreaking music-oriented video games. Harmonix was founded to invent new ways for non-musicians to experience the unique joy that comes from making music and has pioneered music and rhythm gaming in the US.

Unlock the transcendent potential of your music with Harmonix Music VR™ From a whacky dance party, to 3D reactive art, and even a nice relaxing alien beach, Harmonix Music VR is the next evolution of your music library. Launching exclusively on PlayStation®VR this October. ▪ Works with any song in your PlayStation®4 music library! Plug in a USB flash drive loaded with your favorite songs and Harmonix’s internal music analysis engine does the rest.
▪ Four unique worlds will let you experience your music like you never have before. Chill on a transforming alien beach in The Beach, create 3D drawings in The Easel, get the dance party started The Dance, and more!
▪ Featuring 17 music tracks, including songs from the cult classic beatmatch rhythm game Amplitude™, A City Sleeps™, and hand crafted music from Harmonix’s very own, M-Cue.

Looking forward to the latest creation from Harmonix? We sure are and love some of the nice relaxed (and very indie) game-play that follows graphically from level to level.

Craig Bartlett - May 30, 2017 0
Today at Computex 2017, Dell revealed two new all-in-ones (AIO) and a new gaming desktop to round out its popular Inspiron PC product line.
Go to mobile version
%d bloggers like this: