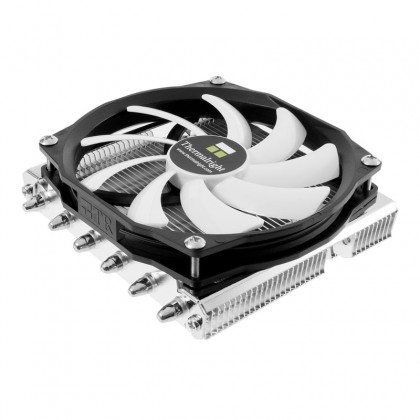 With the AXP-100H Muscle, Thermalright offers a slightly modified version of the existing HTPC “Value” cooler, which is aimed primarily at price-sensitive fans of compact coolers.

The AXP-100H Muscle has been heightened a little bit in order to ensure compatibility, for example on the Asus “Republic of Gamers” Maximus VIII Impact motherboard, with its higher VRM-coolers. 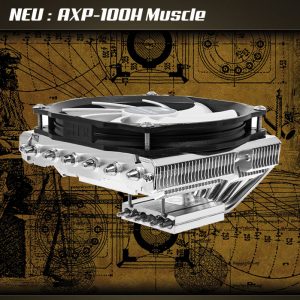 The design of the cooler is based on the proven “Downdraft” layout, which vertically deflects the airflow to the motherboard and thus also provides efficient cooling for the surrounding components. Six 6 mm heatpipes in combination with the special design of the 40 aluminum fins allow for a very good cooling performance for a cooler of its size.

Also available in the accessory category is the Narrow ILM mounting kit. It can be used with almost all our coolers – with the exception of the Macho Direct and the True Spirit 140 Direct. The ILM kit is compatible with narrow ILM Intel LGA 2011/2011-3 and AMD AM2/AM2+/AM3/AM3+/FM2/FM2+ motherboards. 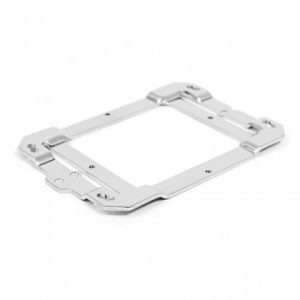 Introducing the MasterBox 5t, an expressive chassis inspired by the MasterCase...

Bo Pedersen - Dec 13, 2016 0
Cooler Master, a leader in design and manufacturing computer components and peripherals, today announced the launch of the MasterBox 5t
Go to mobile version
%d bloggers like this: