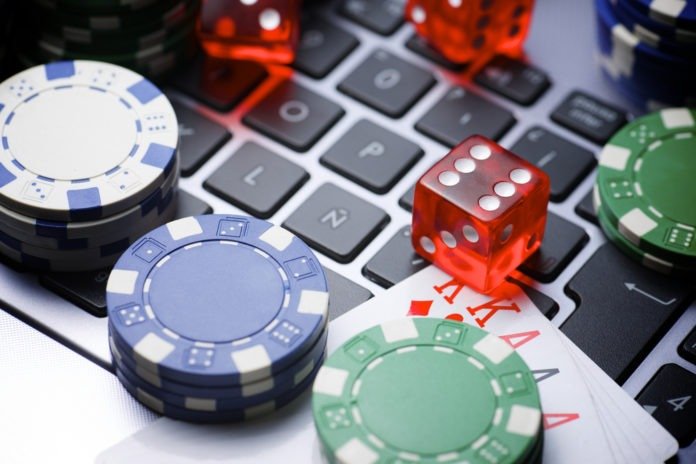 You don’t have to search too hard on the Internet when you want to play at online casino. Simply type the words “online casino” into your search engine, hit “Return” and you’ll be greeted with seemingly infinite options.

In fact, online casinos are so commonly available it’s hard to think they’ve only been around since the mid-1990s. Authorization of the island nation of Antigua and Barbuda to grant licenses to companies wishing to operate casinos online paved the way for a new industry. As more and more companies got in on the action and technology became more advanced, the industry became more competitive, leading to live casino gaming, mobile gaming and more.

Of course, online casinos wouldn’t be able to succeed if the consumers didn’t have the technology to access the services. This article looks at the hardware necessary to make the most of online casino gaming and transform service provision into a success for the operator. What tech items do you need?

If you’re going to play any type of gaming online, you need a reliable Internet connection. Gaming online is more about the stability of the connection, the hardware and the game servers than the bandwidth. You require a router that is going to support your Wi-Fi. If you have a high-speed Wi-Fi connection, but your router itself can’t handle it, you won’t have as good a gaming experience.

Luckily, you don’t have to have extensive technical knowledge to play online casino games on either a laptop or a desktop computer. Most computers are powerful enough to provide you with a good gaming experience. The following specifications allow gamers to enjoy their experience at online casinos:

Note that the more modern your desktop is, the easier it will be to play casino games on it. You can free up space by cleaning up your computer, which will then enable it to run faster because there’s less stored on it.

On laptops, screen size is also a consideration. A larger screen will give you a more prominent display. People who like to play games a lot in their spare time are likely to prefer a laptop that has a larger screen.

Of course, mobile technology has revolutionized gaming, and operators have tailored their websites and gaming apps for people who wish to play while they’re on the move. Whereas it’s possible to customize a computer, this isn’t as much the case for a mobile device, whether it’s a phone or a tablet.

The general rule is that the more expensive the device is, the more powerful the hardware and it will be able to cope with the games much easier because it runs faster. For a solid experience on mobile devices, you should spend at least the following:

Anything less and you might not be able to receive the gaming experience you desire. Note that playing on Wi-Fi can create a better gaming experience because it’s more stable, whereas when players use the mobile data on their phone, the signal can drop, causing them frustration.

It’s early days for virtual/augmented reality in casino gaming, but some online casinos have already started trying to offer a more immersive experience in the form of virtual reality. When the player slips on the gloves and headset, they can feel if they’re actually in a casino itself. These games are pretty limited just now, as it’s relatively new territory in the online casino world, but AR and VR could be the next big thing in the industry.

Again, this is more a case of where the future might be heading. Games such as “Red Dead Redemption 2” and “Grand Theft Auto V” have already become popular because of their casino / gambling elements. Some games makers have brought out casino games for use on consoles, so perhaps the industry will see the online gaming industry itself adapt its products and services for use on consoles.

Online gaming operators have called upon the software companies to produce programs that will help them offer their services, but they also require consumers to have the right hardware to get the most out of their gaming experience. Owning the right hardware will make gaming immensely enjoyable.

Play3r - Feb 20, 2014 0
Antec have announced that they are going to show off new additions to their Power Supply and Case lines at CeBIT in 2014.
Go to mobile version
%d bloggers like this: