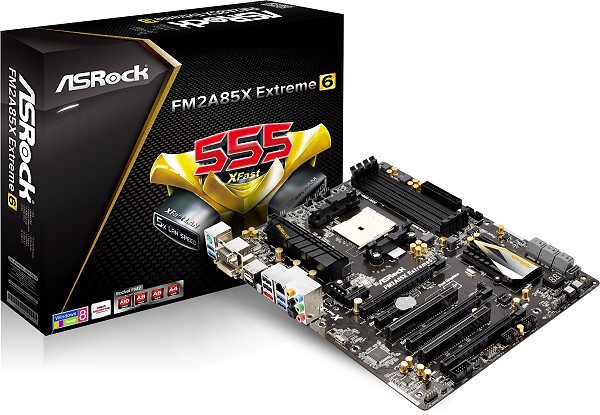 Back in the summer of 2011, AMD released it’s first line of desktop APUs codenamed Llano to the world. At the time their on-board graphics performance was untouchable by Intel which allowed AMD to capture the budget PC market with a product that offered unbeatable graphics performance at it’s price point. AMD have since released their next generation APU codenamed Trinity, which offered mild improvements on both the CPU and the GPU fronts. This also saw the introduction of the Piledriver architecture on an APU, which meant that it was only a very minor upgrade over it’s predecessor. Trinity was later succeeded by Richland which offered an increased graphics performance and increased CPU performance through a clock speed boost.

Today I will be testing ASRocks top offering on the FM2 socket, the FM2A85X Extreme6. The board comes at a price tag of less than £100 and looks to offer the features found on many £100+ motherboards at a much more competitive price point.  It offers seven SATA 6Gbps ports, a wide range of expandability ports, upto 64GB of DDR3-2400MHz and many other features too. Will the board deliver or does it’s low price point suggest otherwise?

Before we get into testing, lets take a quick look at the specifications and the motherboard itself. The front of the box shows a black and gold theme with a reference to the 555 XFast system which aims to improve the speed of the USB ports, lower the latency of the LAN ports and use the RAM to create a much faster virtual disk that is also known as a RAM disk. The back of the box follows the same theme and show details of other features available on the motherboard, including the premium gold capacitors and the Lucid Virtu MVP technology. The motherboard follows the black and gold theme found on the box and is built upon a dark brown PCB. This theme can be found throughout the entire “Extreme” range of motherboards from ASRock. Personally, I’m not too fond of their dark brown PCB and I feel that a black PCB would have been far better suited. The motherboard has seven SATA 3 (6Gbps) ports which all connect to the chipset which offer the user full speed SATA 6Gbps speeds across every port. This means any user with an SSD shouldn’t have to worry about the motherboard holding the SSD back. The rear I/O panel comes equipped with 6 USB ports, 4 of which are USB 3.0. It also comes with a PS/2 port for those still using an older keyboard or mouse, as well as DVI , HDMI, Display Port and VGA connections for the onboard graphics, a clear CMOS button, one eSATA3 connector and the 7.1 surround sound audio. For added expandability, the board comes with 3 PCI-E x16 slots, 2 PCI-E x1 slots and 2 PCI slots for your add in graphics, sound or RAID cards. The Motherboard has four DDR3 memory slots which support speeds of up to 2400MHz (OC) and up to 64GB of dual channel memory. The APU is powered by an 8+2 power phase design which will provide both the CPU and GPU with enough power to be able to overclock them to their limits. Finally, the motherboard also includes on board power and restart buttons which allows the user to test and use the motherboard outside of a case on a test bench. There is an LED display for POST codes which means that if the motherboard gets stuck on a particular code, the user will be able to find the specific problem in the manual and then it’ll be a quick fix to rectify the issue(s).

This simple integer benchmark focuses on the branch prediction capabilities and the misprediction penalties of the CPU. It finds the solutions for the classic “Queens problem” on a 10 by 10 sized chessboard. At the same clock speed theoretically the processor with the shorter pipeline and smaller misprediction penalties will attain higher benchmark scores. For example — with HyperThreading disabled — the Intel Northwood core processors get higher scores than the Intel Prescott core based ones due to the 20-step vs 31-step long pipeline. CPU Queen Test uses integer MMX, SSE2 and SSSE3 optimizations.

MaxxMEM2 is a benchmark designed to help you measure your memory’s performance.This particular program will test the copy, read and write speed of your RAM as well as its latency and also help you submit your score in order to compare it to other systems worldwide.

CINEBENCH is a real-world cross platform test suite that evaluates your computer’s performance capabilities. CINEBENCH is based on MAXON’s award-winning animation software CINEMA 4D, which is used extensively by studios and production houses worldwide for 3D content creation. MAXON software has been used in blockbuster movies such as Spider-Man, Star Wars, The Chronicles of Narnia and many more.

Super PI is a single threaded benchmark that calculates pi to a specific number of digits. It uses the Gauss-Legendre algorithm and is a Windows port of a program used by Yasumasa Kanada in 1995 to compute pi to 232 digits.

wPrime is a leading multithreaded benchmark for x86 processors that tests your processor performance by calculating square roots with a recursive call of Newton’s method for estimating functions, with f(x)=x2-k, where k is the number we’re sqrting, until Sgn(f(x)/f'(x)) does not equal that of the previous iteration, starting with an estimation of k/2. It then uses an iterative calling of the estimation method a set amount of times to increase the accuracy of the results. It then confirms that n(k)2=k to ensure the calculation was correct. It repeats this for all numbers from 1 to the requested maximum.

Simply put, it is a reproducible measure of fast your machine can encode a short HD-quality video

clip into a high quality x264 video file. It’s nice because everyone running it will use the same video clip and software. The video encoder (x264.exe) reports a fairly accurate internal benchmark (in frames per second) for each pass of the video encode and it also uses multi-core processors very efficiently. All these factors make this an ideal benchmark to compare different processors and systems to each other.

The ATTO Disk Benchmark performance measurement tool is compatible with Microsoft Windows. Measure your storage systems performance with various transfer sizes and test lengths for reads and writes. Several options are available to customize your performance measurement including queue depth, overlapped I/O and even a comparison mode with the option to run continuously. Use ATTO Disk Benchmark to test any manufacturers RAID controllers, storage controllers, host bus adapters (HBAs), hard drives and SSD drives and notice that ATTO products will consistently provide the highest level of performance to your storage.

3DMark 11 is the latest version of the world’s most popular benchmark. Designed to measure your PC’s gaming performance 3DMark 11 makes extensive use of all the new features in DirectX 11 including tessellation, compute shaders and multi-threading. Trusted by gamers worldwide to give accurate and unbiased results, 3DMark 11 is the best way to consistently and reliably test DirectX 11 under game-like loads.

The new 3DMark includes everything you need to benchmark your hardware. With three all new tests you can bench everything from smartphones and tablets to notebooks and desktop PCs. And it’s not just for Windows. With 3DMark you can compare your scores with Android and iOS devices too.

Heaven Benchmark with its current version 4.0 is a GPU-intensive benchmark that hammers graphics cards to the limits. This powerful tool can be effectively used to determine the stability of a GPU under extremely stressful conditions, as well as check the cooling system’s potential under maximum heat output. It provides completely unbiased results and generates true in-game rendering workloads across all platforms, such as Windows, Linux and Mac OS X.

After testing the ASRock FM2A85X Extreme6, how did it stand up given its low price point?

The aesthetics of the board are very good in my opinion. The black heatsinks in conjunction with the contrasting gold heatsinks give the motherboard a very nice finish overall. The only area where I would mark down the motherboard aesthetically is the actual PCB itself. The dark brown PCB is a little ugly and I believe that the board would have looked better on a black PCB. The would have given the board a much sharper look in general and would have complimented the black and gold from the heatsinks and capacitors better.

The motherboard managed to keep the chip stable at 4.7GHz with very little trouble at 1.45V. What I did notice however was that there seemed to be a massive vDroop problem on this motherboard. The voltage of the CPU dropped by nearly 0.1V when at full load compared to the voltage set in the BIOS. This may prove problematic for some overclockers, but I had no problems with my APU sample.

A couple of things that I noticed when testing the board is that the motherboards MOSFET heatsink did tend to get a little bit on the toasty side. The heatsink was very hot to touch and therefore I would have to recommend getting some airflow over it, especially if the motherboard is to be used in a 24/7 system. Another minor design flaw was the problems in reading the CPU temperatures on the motherboard. I could only get accurate readings with Speedfan and ASRock’s Extreme tuning utility. Other programs such as HWMonitor and CoreTemp would give me temperatures of over 100°c when stress testing the CPU, which got me a little concerned about my mounting at first but I soon realised that it was a software error rather than user error.

In terms of the features on this board, it is absolutely loaded with a vast variety of them and it means that any user should be more or less spoilt for choice. To name a few and to run through a few of the specifications as well, there are a total of seven SATA 3 ports available on this motherboard, a total of six USB 3.0 ports and the ability to use up to 64GB of 2400MHz RAM. That’s just a very short list of the actual options on this motherboard and for the price tag of less than £100, I feel that this represents excellent value for money.

In short, top marks go to ASRock for this motherboard. They’ve provided us with a cream of the crop motherboard for the FM2 platform that boasts all of the latest and greatest in the computer world and at a reasonable price too.

If your in the market for a solid motherboard for your Richland APU, with incredible features, solid performance and great looks to boot, then the ASRock FM2A85X Extreme6 should be somewhere at the top of your list. 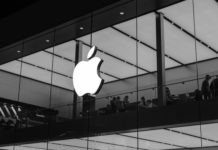 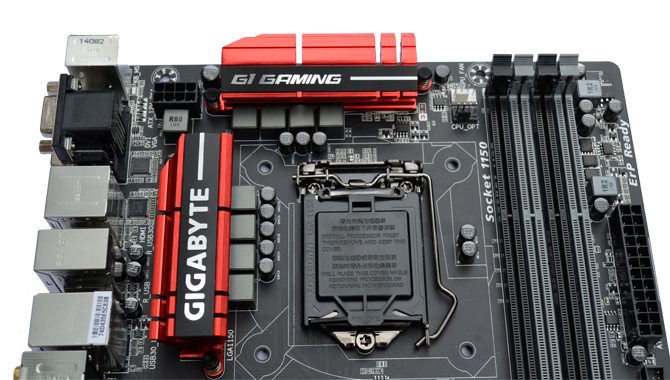 Play3r - Jun 2, 2014 0
Today we are taking a look at the Gigabyte Z97X-Gaming 5 which is aimed at the mid-range market. Is it worthy of spending your money on? Let's find out!
Go to mobile version
%d bloggers like this: