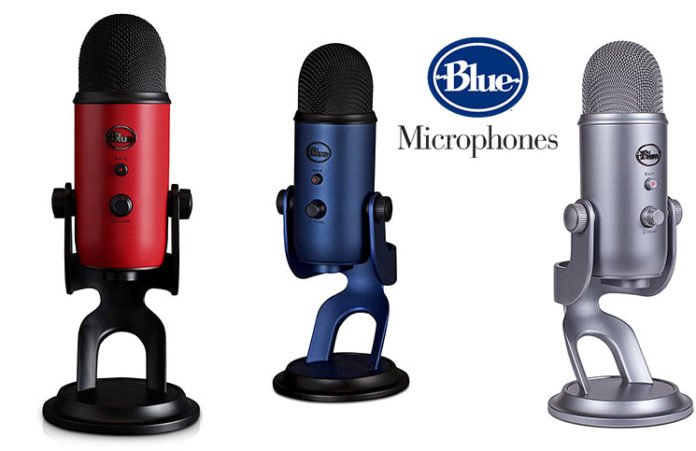 Blue might just be a colour to some, but to those in the audio world, they produce some of the most popular and stylish USB (among other types) microphones on the planet. If you’re one of many online shoppers who frequent Amazon, you’ll see that the Blue Yeti USB microphone is currently the most popular of its kind and we aim to find out why…

Blue microphones are used by streamers, podcasters, and studio artists alike, so it’s easy to see why Blue themselves are proud of their equipment. The Blue Yeti certainly isn’t a new microphone to the market and in terms of specification and competition, it’s comparable with the likes of the Rode NT-USB microphone; in both quality and pricing. What makes the Blue Yeti a more interesting option is the versatile nature. There are 4 pattern modes to choose from which include cardioid, stereo, omnidirectional and bidirectional. This makes the Yeti more appealing to users looking for a jack of all trades mic, but without sacrificing on quality.

Now it should be known that the Blue Yeti as of now is available in 9 different colours as opposed to the Blue Yeti Studio microphone which is only available in silver. The colours available on the model being reviewed today include blackout, blue, silver, platinum, vintage white, midnight blue, satin red (one we have), slate and space grey.

Looking at the Yeti in an overlook style fashion, the microphone itself sports an all metal exterior except the control knobs. When attached to the base (as it comes), the mic weighs a staggering 3.4lbs in total; the base is 2.2lbs on its own with the microphone weighing an additional 1.2lbs.

On what I consider to be the front side of the microphone, we have a headphone volume knob and a mute button with an LED indicator in the centre. We also have an embedded Blue Microphones logo which looks rather classy. 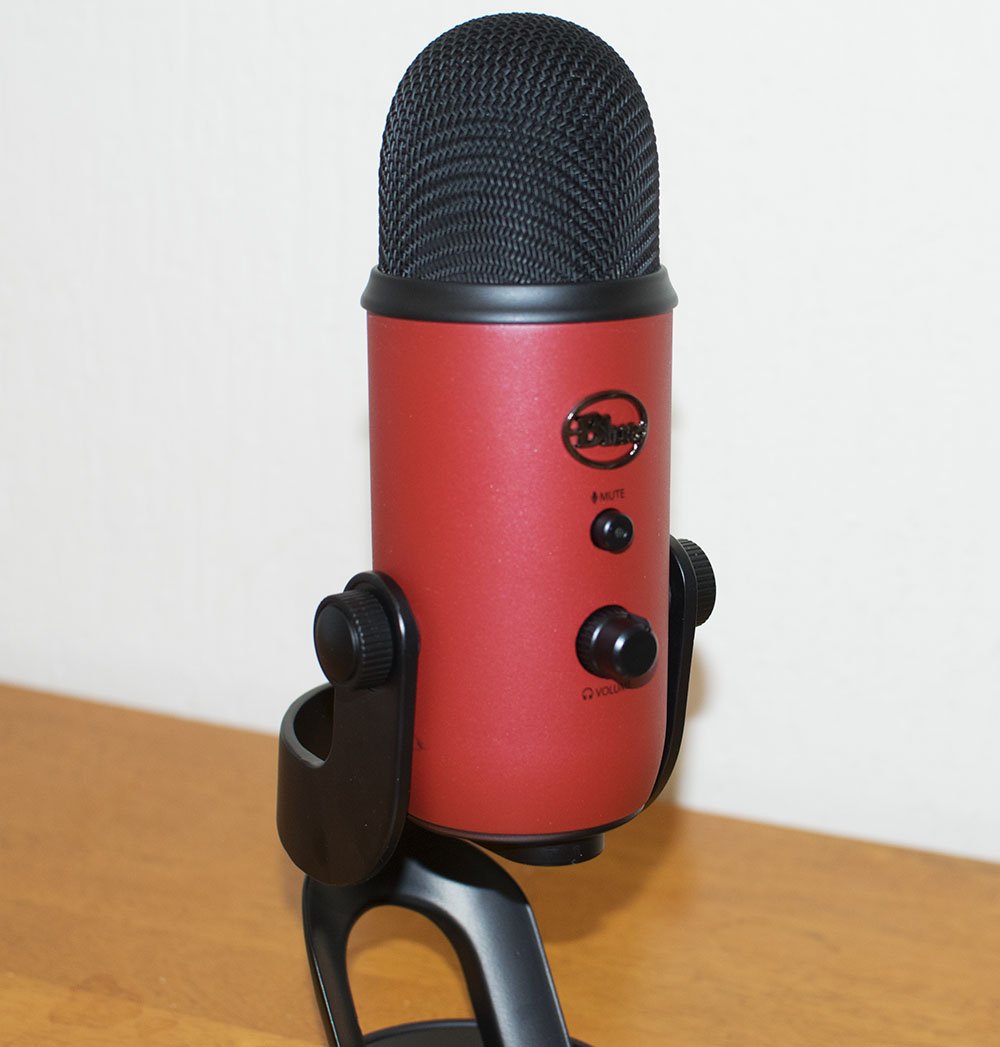 On the opposite side, we have 2 more knobs with one controlling the gain of the microphone itself, and another for changing between the 4 different pattern modes. The pattern modes (from left to right) features are:

Stereo Mode – Designed for a wider realistic sound which is good for recording acoustic sessions, guitar. This mode uses both the left and right channels which gives it its wide sound.

Omnidirectional Mode – This mode picks up sound from all around the mic itself. If you want to capture ambient noise such as a live performance or a podcast with multiple people around the mic, this is the mode you want.

Cardioid Mode – The mode for podcasts, voice-overs, streaming or for any vocal coming from directly in front of the microphone. This mode provides a solid and rich full-bodied sound.

Bidirectional Mode – Pretty much as it says on the tin. Perfect for a 2-person interview with either user sitting on either side of the microphone. This is also suitable for duet vocals. 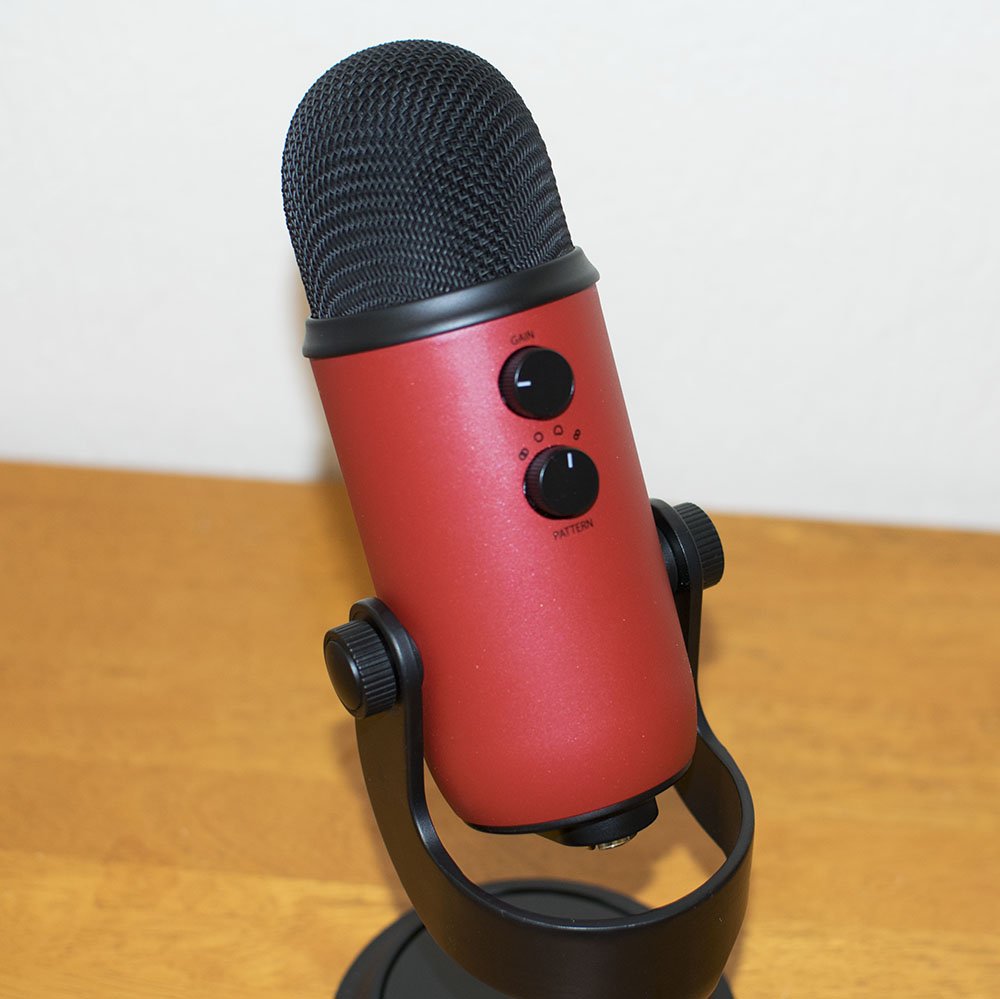 The base of the microphone has a socket for mounting to a boom arm/desktop microphone stand and features the mini-USB port required to connect to your PC or laptop. Also included is a 3.5mm headphone jack which provides real-time monitoring which in turn, allows you to hear what everyone else is going to be able to hear. The volume is controlled by the knob from the first image in this section. 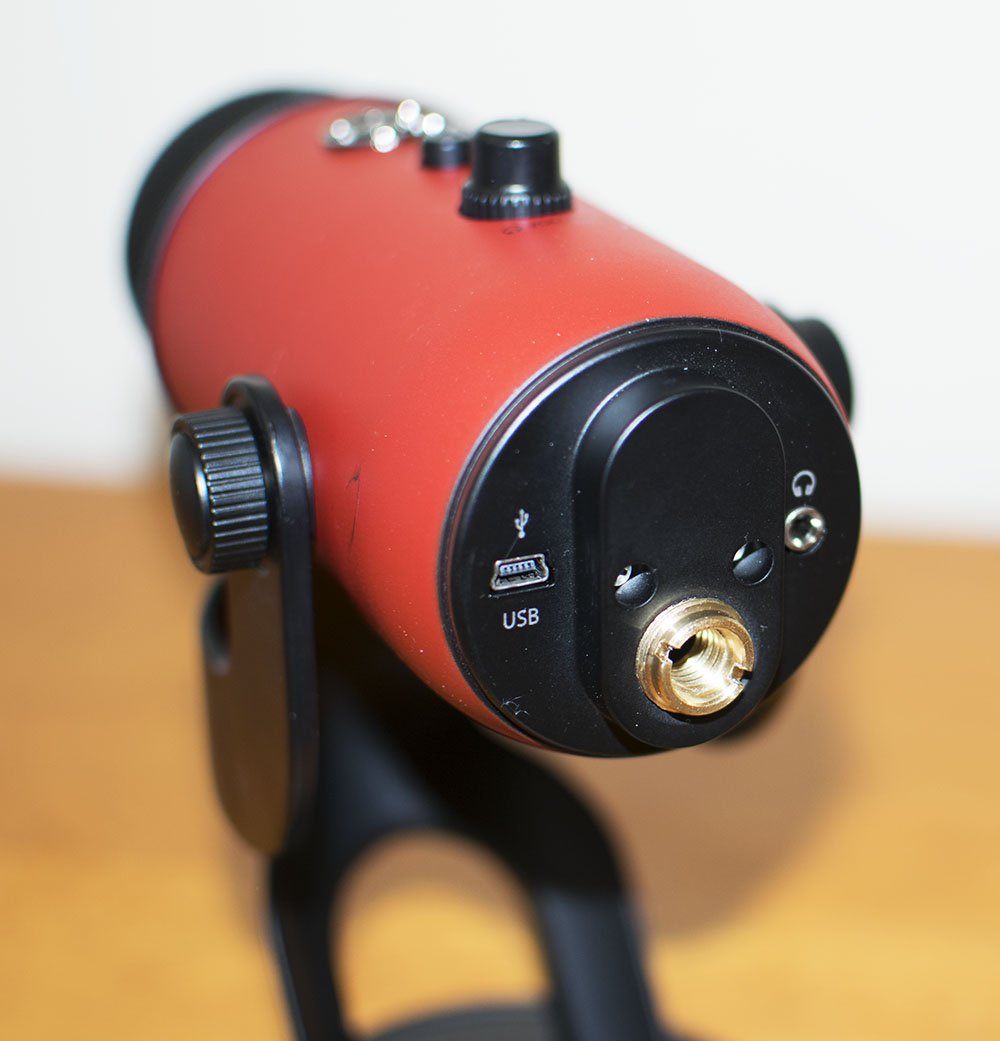 Stability is important for any microphone and included, preinstalled in fact out of the box, is an all metal desktop stand which features anti slip grips on the base. The Blue Yeti is held onto the stand with a pair of thumb screws which are easy to remove, especially if you intend to mount it on an external arm or boom mic arm etc. Due to the overall weight of the microphone and stand (3.4lb combined), the chances of it moving around on your desk are slim, unless you’re swinging and flailing your arms about and manage to ‘take it out’ so to speak. 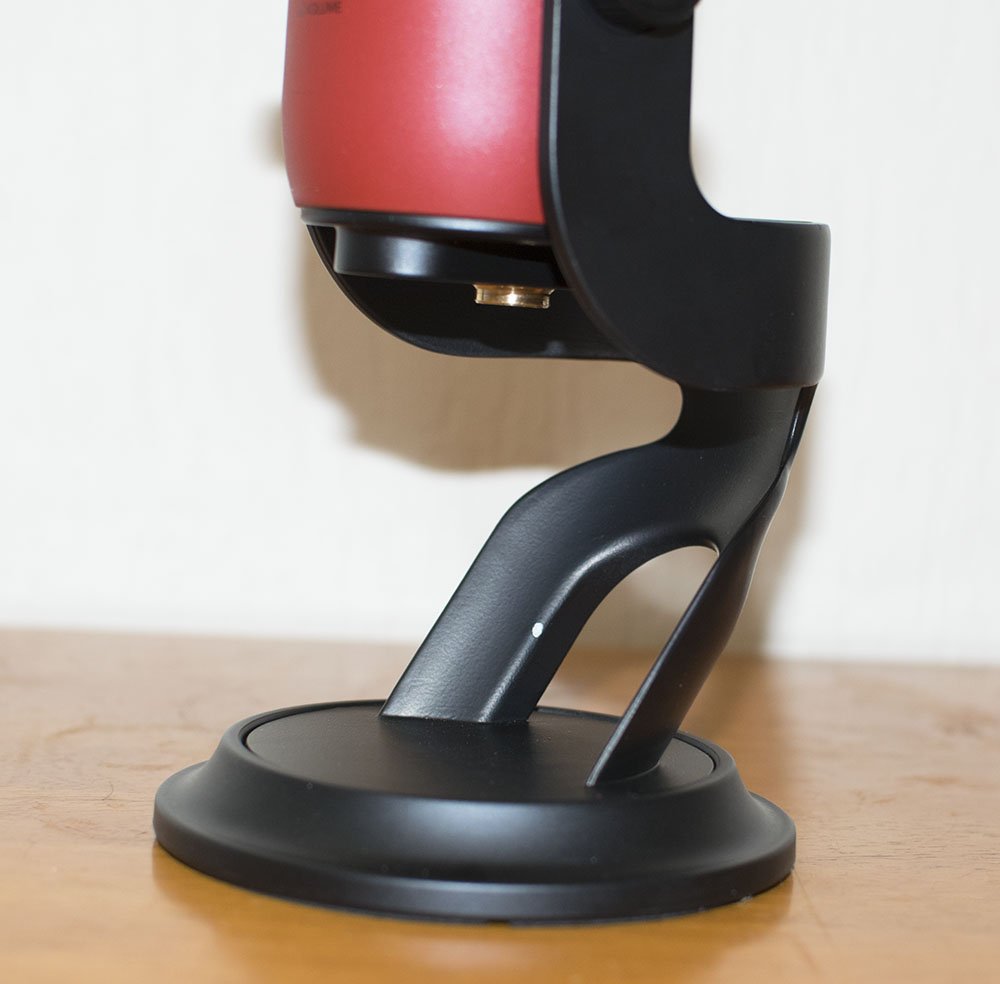 Now we’ve seen the Blue Yeti and what it does, time to compare it to what we have in the office and see how it stacks up with an audio comparison; you can hear our testing for yourselves.

The Blue Yeti for testing purposes will feature the same sentence spoken without any editing or modulation effects into each microphone. The distance away from each microphone is simulated in a game streaming scenario setup with the microphone placed on the desk in-front and sitting the same distance away in a set position. The audio picked up is raw, unedited and without control from any kind of software controls or manipulation.

The Yeti was set with the gain in the middle and in the cardioid position due to the nature of the testing; speaking directly into the microphone from a set distance of around 50cm. Each recording was taken directly into the Audacity software with no filters or post edits to remove any noise. The raw recording taken in was then added directly to the video below and uploaded to YouTube. Whatever they (YouTube) do compression wise is out of our hands, but you get the idea!

One thing that was apparent in the testing between the 3 microphones on test, the Blue Yeti’s clarity of sound and range was phenomenal. This is a good and bad thing in retrospect as yes, it does pick up everything clearly, but it picks up EVERYTHING! Fans from your computer although not so loud to you, will be picked on this mic and any type of reverberation will certainly be picked up. This wasn’t so much of an issue on the Rode NT-USB which I kindly borrowed from a friend for this test. That being said, the Yeti on the whole performed a bit better than the NT-USB from Rode when you factor in the range of clarity and tones.

The NT-USB is a solid microphone though and is slightly cheaper, albeit not as great build quality, I would go as far as saying in comparison the Yeti is the vastly superior package overall, but if you have high ambient noise levels in your chosen recording location, expect it to be picked up by the Yeti. Both of them do however blow the microphone built into the Logitech C920 out of the water as expected.

As stated on the Blue website, the Yeti is a side-address microphone which means it accepts sound from an angle perspective as opposed to a front address mic.

The Blue Yeti microphone hasn’t just got a lot going for it in terms of being a versatile studio level USB mic, but it has the style, build quality and price to make it one of the most attractive options available. With a simple plug and play design, it allows podcasters on the go to create awesome sounding content wherever they may be and with the 4 different audio patterns such as cardioid being selectable with the simple turn of a knob, it really does make this £120/$120-130 offering something worth considering.

I would go as far as saying this is probably the best sub £150 USB microphone for streamers and podcasters. The only draw back I’ve found so far when compared directly to the Rode NT-USB microphone is that the Yeti seems to pick up virtually every bit of background noise in comparison. If your PC setup is quite loud etc. fans spinning to keep a monster cool, there’s a pretty good chance that it’s going to be picked up with the Yeti. This background noise was less apparent on the Rode NT-USB for whatever reason, so take that into consideration if you have a lot of ambient background noise such as traffic outside etc.

Other than the above, the Yeti is perfect in many ways, although it’s let down by a couple of things. First off, the knobs and screws to mount the stand into the included stock base are made from plastic. If these were metal, it would be a more favourable review in terms of overall build quality. Aside from this, the stand is absolutely rock solid and I have no fears or qualms about the quality of the microphone either. 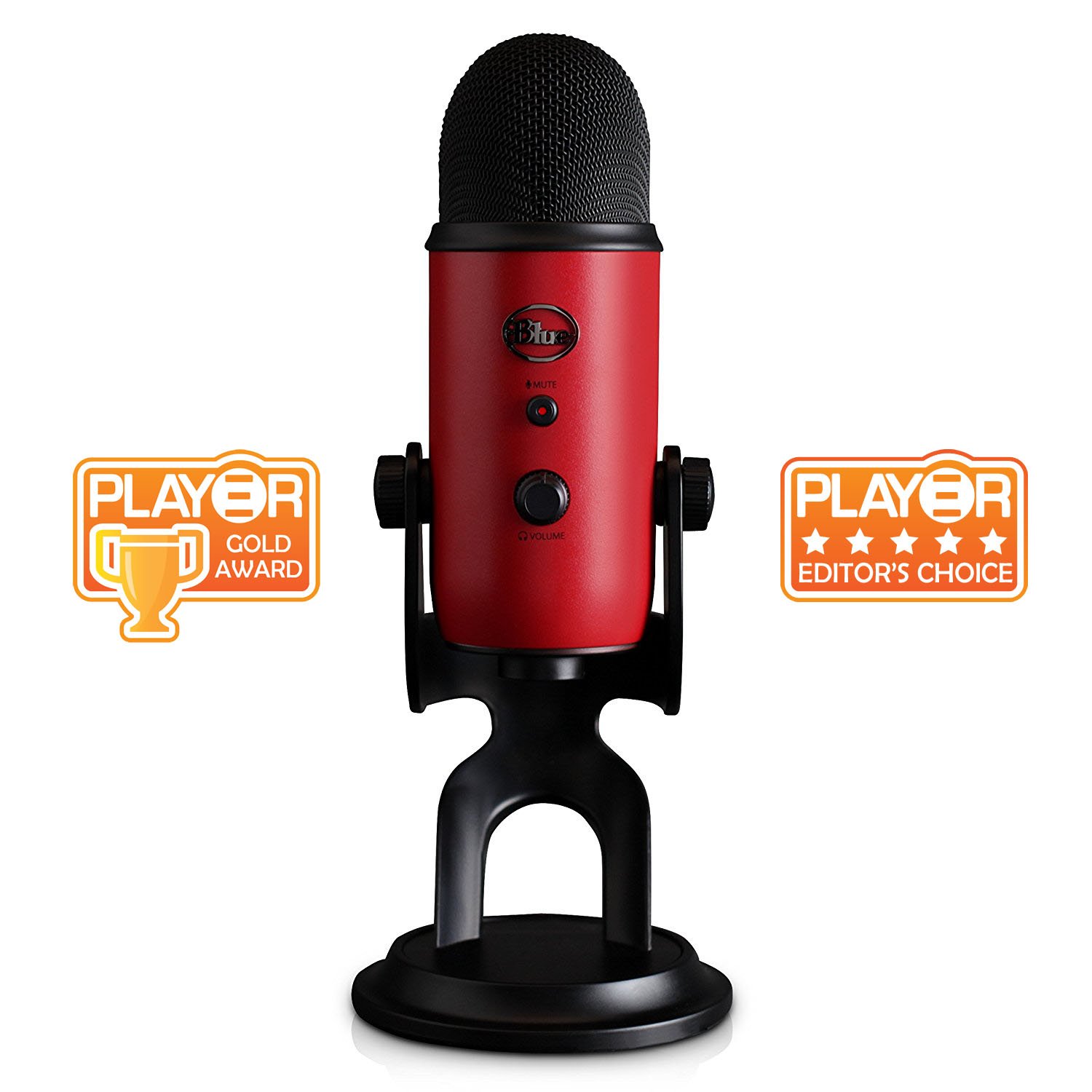 Whether you’re an amateur recording artist looking for a relatively good value and versatile microphone, or you’re a game streamer on Twitch and want a clear and top quality top option, the Blue Yeti is STILL the sub £120 microphone to buy. Whether you opt for either the Rode NT-USB or the Blue Yeti, the Yeti offers more versatility and a much better stand, so if my money was on the line, it would have to be the Yeti for the overall package.

Big thanks to Blue for sending a sample of the Yeti (in satin red) in for review. 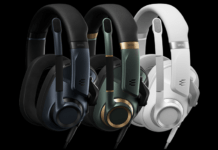 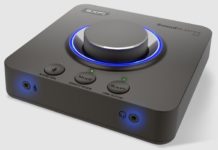 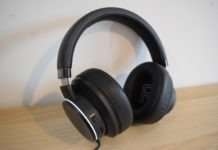 Craig Bartlett - Feb 22, 2016 0
The Fugoo Sport portable bluetooth speaker is rather a surprising little thing, beneath it's tiny shell are a number of secrets but is it worth the asking price?
Go to mobile version
%d bloggers like this: