Arctic need no introduction when it comes to CPU cooling. With some of the best heatsink and AIO products on the market, we finally have one of their heatsink coolers back on the channel in the form of the i13X. Let’s see how this £25 cooler holds up in our testbench… 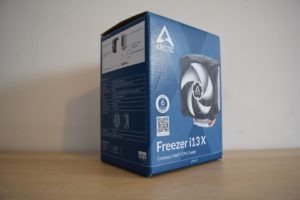 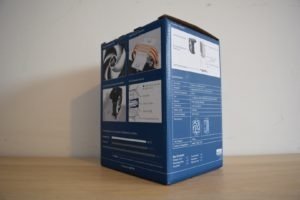 As usual, Arctic has packaged the i13X in a blue box. The packaging itself is completely made of cardboard and no plastics are used at all, big thumbs up here!
The box is covered with plenty of useful information and a QR code on the front, we’d recommend you use this as it’s a link to the installation manual which is no longer included in the box. Something we think is fantastic and should be an industry standard. 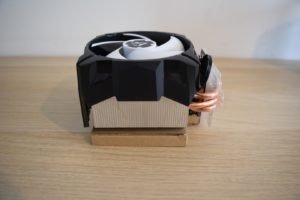 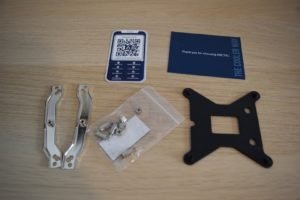 Removing the cooler and accessory box from the outer packaging, let’s take a look at what accessories are included…

The i13X also supports the LGA1700 socket, but the mounting kit is sold separately. 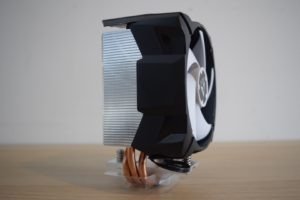 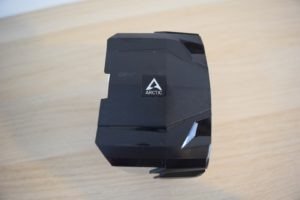 The cooler itself comes with a pressure-optimised 100mm fluid dynamic bearing fan attached to an all-in-one black plastic housing which contains the clips to mount it to the heatsink. The fan is powered by a 4-pin PWM connector and the cable is 200mm in length. 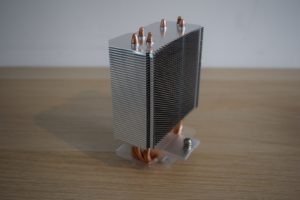 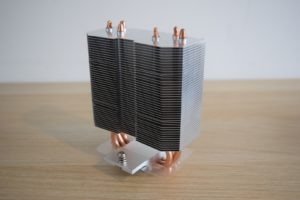 The cooler itself measures 137mmx109mmx86mm (HxWxL) and has 3 copper direct touch heatpipes to aid in cooling potential and weighs in at 443g. There are 44 aluminium fins attached in total at 0.44mm thickness. 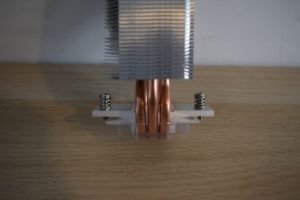 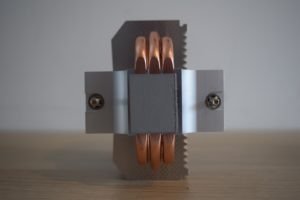 The base of the cooler has a metal plate going through with 2 spring loaded screws used to mount the cooler to the bracket. The base comes with pre-applied Arctic MX-2 thermal paste out of the box. 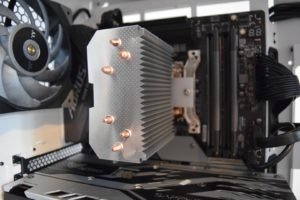 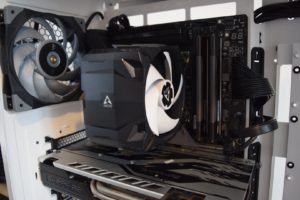 Installing the i13X was a breeze, thanks to the online manual clearly explaining how to do it. Finally, the fan and housing were attached and the 4-pin PWM cable was run to the CPU header on the motherboard.

It’s clear here just how small this cooler is when photographed next to the Sapphire RX570 Nitro+ GPU, as it’s dwarfed by the GPU.

It should also be noted that the reason we omit acoustic/noise testing is due to an inaccuracy within the readings and method. To provide truly accurate readings, you need a lab setting with the same ambient noise on an hour-by-hour, day-by-day and week-by-week basis. As ambient noise can increase at different times of the day, we believe that it’s pointless providing noise testing if we can’t measure consistent and accurate data.

With unsurprising results here in the thermal testing, it’s clear just from the profile of the i13X that the 5.0GHz load testing would be too much for this little cooler, with the CPU overheating and restarting the system. However, with a 150w TDP and the 10700k that outputs around 220W under full load, it’s not a surprising result, and in all other testing, the i13X performed admirably.

The price to performance with the i13X is remarkable and we struggle to find another £25 cooler that can offer the same cooling potential. Although we don’t recommend it if you plan on overclocking your CPU, it’s more than capable of cooling non-K and K Intel CPU SKUs to their max turbo frequencies.

The i13X is also a fairly attractive CPU cooler largely thanks to the black fan housing that extends over the top of the heatsink covering the bulk of the fins and copper heatpipes, and with a huge 6-year warranty on offer, thanks to the quality dynamic bearing fan used it’s hard to not recommend this to anyone looking for a budget Intel CPU cooler. 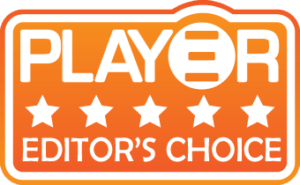 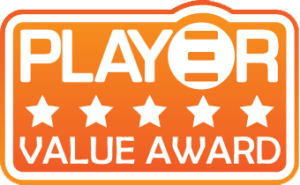 Big thanks to Arctic for sending the Freezer i13X in for today’s review.

0
Anyone who has ever heard of Noctua will expect the NH-U12A chromax.black to perform well and it did! It offers some of the best cooling potential on the market today, and easily trades blows with similarly priced top-tier AIOs.
Go to mobile version
%d bloggers like this: