Arctic are back again with another air cooler in the form of the i35 A-RGB. With the name hinting at the addressable RGB functionality, let’s dive in with a look at the cooler and see how it looks and ultimately performs… 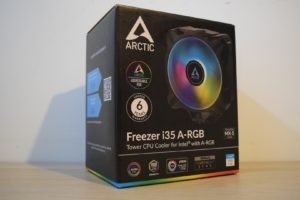 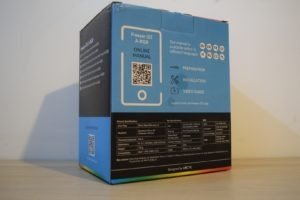 Arctic has packaged the i35 A-RGB in a black box with blue accenting. The packaging itself is completely made of cardboard and no plastics are used at all, big thumbs up here!
The box is covered with plenty of useful information and a QR code on the front, we’d recommend you use this as it’s a link to the installation manual which is no longer included in the box. Something we think is fantastic and should be an industry standard. 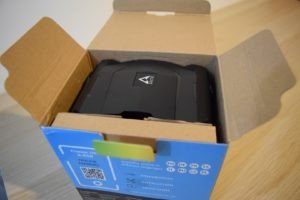 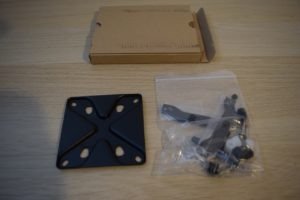 Removing the cooler and accessory box from the outer packaging, let’s take a look at what accessories are included… 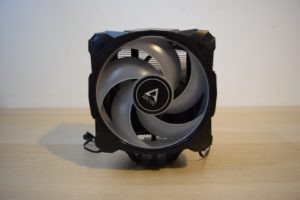 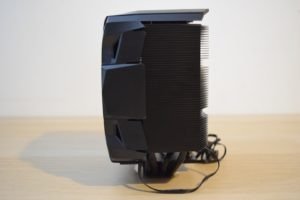 The i35 A-RGB comes complete with a pressure optimised 120mm P12 A-RGB fluid dynamic bearing fan attached directly to the all-in-one black plastic housing that contains the clips to mount it to the heatsink. 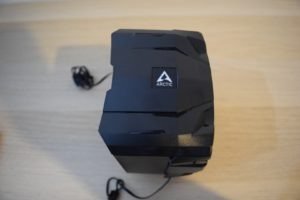 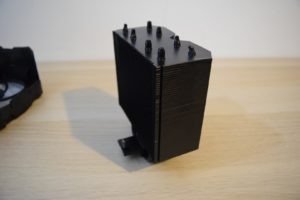 The i35 A-RGB measures in at 158.5mmx133mmx91mm (HxWxL) and has 4 copper direct touch heatpipes to aid in cooling potential and weighs in at 764g. There are 54 aluminium fins attached in total at 0.44mm thickness. 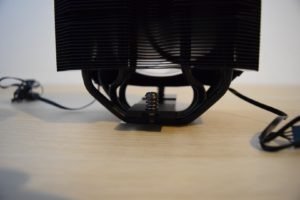 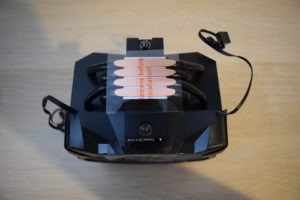 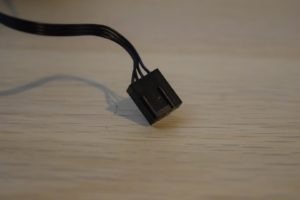 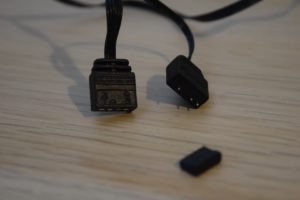 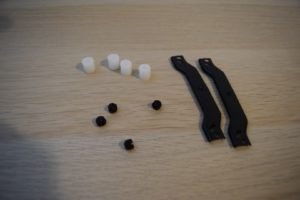 The 4 screws are inserted through the backplate and held in place using the rubber washer. Our LGA1200 socket requires the white standoffs, thumbnuts and brackets. 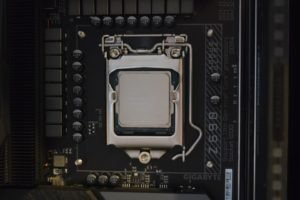 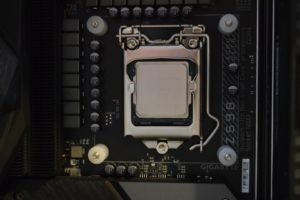 The backplate goes through the back of the motherboard and the standoffs are then inserted over those screws. Be sure to hold the back of it as it kept falling out when trying to install the standoffs and brackets due to its heft. 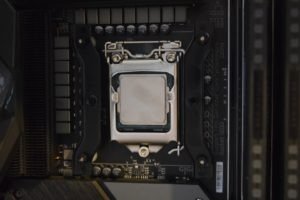 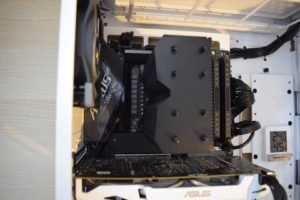 The thumbnuts secure the brackets in place, and from there the i35 A-RGB heatsink can be installed. 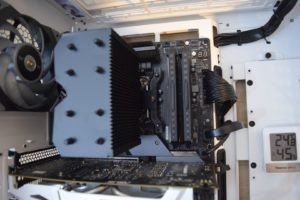 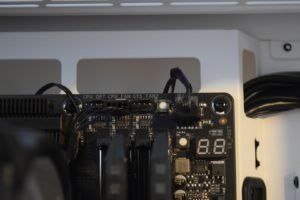 Finally, the fan housing is installed and the 4-pin power and 3-pin 5v A-RGB connector are connected to the motherboard.

A view of the A-RGB in action. It’s really bright, vivid and looks great installed in the system.

It should also be noted that the reason we omit acoustic/noise testing is due to an inaccuracy within the readings and method. To provide truly accurate readings, you need a lab setting with the same ambient noise on an hour-by-hour, day-by-day and week-by-week basis. As ambient noise can increase at different times of the day, we believe that it’s pointless providing noise testing if we can’t measure consistent and accurate data.

Arctic Freezer i35 A-RGB: The Verdict

As we can see the results from the thermal testing indicate that the i35 A-RGB can’t contain the Intel 10700k at 5.0GHz, with the CPU overheating and restarting the system. However, with a 160w TDP and the 10700k that outputs around 220W under full load, it’s not a surprising result, and in all other testing, the i35 A-RGB performed admirably.

The price to performance with the i35 A-RGB is about expected once you factor in the A-RGB fan included, and we struggle to find another £37.99 cooler that can offer the same features, we have to admit the A-RGB on the i35 A-RGB is well executed too and looks brilliant!

In terms of cooling, we don’t recommend it if you plan on anything more than a mild CPU overclock, it’s still more than capable of cooling non-K and K Intel CPU SKUs to their max turbo frequencies.

The i35 A-RGB is also a fairly attractive CPU cooler largely thanks to the black fan housing that extends over the top of the heatsink covering the bulk of the fins and heatpipes, though those are also painted black in keeping with the theme and with a huge 6-year warranty on offer, thanks to the quiet (even when pinned at 2000rpm) dynamic bearing fan used it’s hard to not recommend this to anyone looking for an affordable Intel CPU cooler. 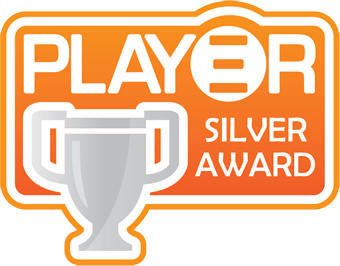 Big thanks to Arctic for sending the Freezer i35 A-RGB in for today’s review.

Play3r - May 20, 2014 0
Today I take at one of the latest cooling options to be brought out by Thermalright, the True Spirit 140 Power, lets see if it can keep up with the larger dual tower coolers on the market.
Go to mobile version
%d bloggers like this: