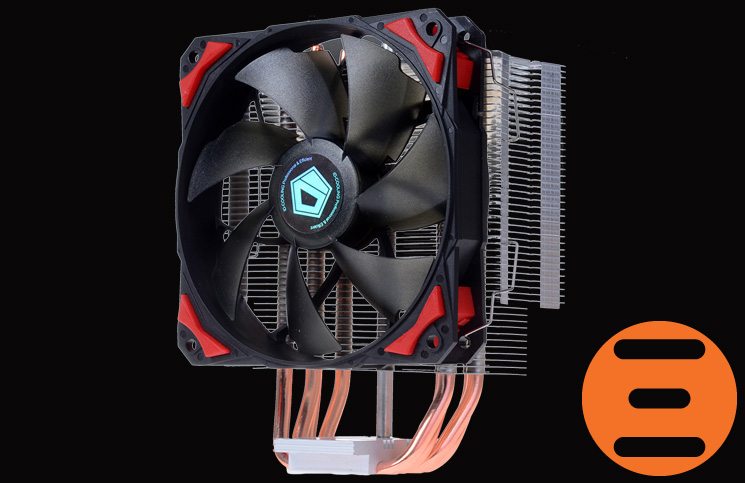 ID-COOLING introduced itself to the world back at Computex 2013 with its main focus on providing thermal solutions to the end-user. Currently, ID-COOLING offers a number of air CPU coolers, fans, thermal grease and they even have a couple of mini-ITX chassis available. One of the unique ideas ID-COOLING have come up with, is, having some of the series names for the products they produce be an abbreviation that is also representative of a Northern European country. There is no doubt ID-COOLING is going to be sticking around for a while and considering their parent company has been providing cooling solutions for motherboards and VGA cards for over 10 years, this should be reasonably easy for them.

Today I will be taking a look at one of their air CPU coolers from the SE or “Sweden” series. The SE 214X is a single tower CPU cooler that comes equipped with one of ID-COOLING’s 120mm PWM enabled fans. It features a 130W TDP and also has direct touch heat pipes on the base to help offer better heat dissipation. The SE 214X is also said to be compatible with RAM that has higher than normal heatsinks and it is also designed to fit on a number of AMD and Intel sockets as are most coolers these days.

The packaging for the SE 214X features all of the relevant information users will need to make sure this cooler is compatible for their build. It also offers a few images of the cooler so users can see what it will look like. Getting everything out of the box and we can get our first glimpse of the cooler and all of the mounting hardware that will be needed to install it. Having a closer look and one of the things I noticed first was the fact the fan was already installed, this is actually quite nice as you will not be required to remove the fan to install the cooler. The fan itself has a nice black frame with opaque fins and red anti-vibration pads in all for corners. Looking at the fin array and it seems to be that of a standard heatsink, plenty of individual fins and the heat pipes pass from the base and out through the top fin. As mentioned, the heat pipes are direct contact, which means that they can be seen on the bottom of the base and will make “direct contact” with the CPU itself, this should allow for better heat dissipation than if they just passed through the base. Dave McMahon - Sep 27, 2017 0
Today, we have the latest CPU cooler from the guys over at Raijintek, in the shape of the Leto. How will this budget friendly air cooler fare in our tests?
Go to mobile version
%d bloggers like this: