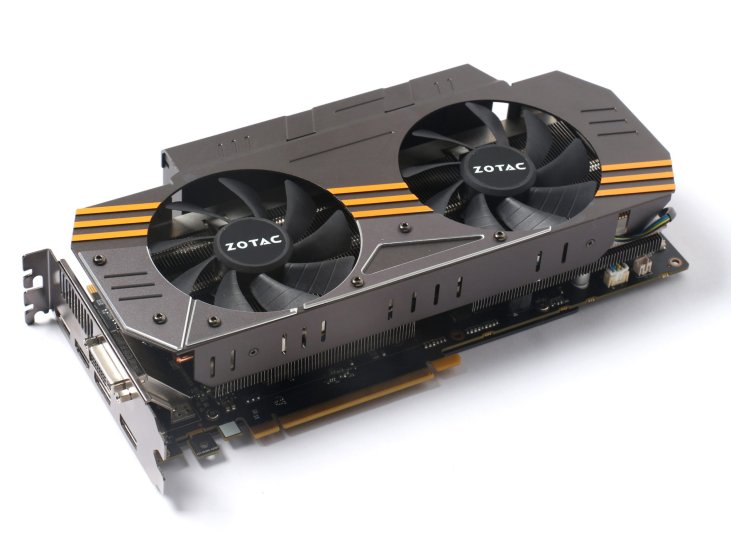 ZOTAC have been quite a regular feature on Play3r over the past year and today is going to be no different.  Before I jump in however, you should know that ZOTAC have been around since 2006 and currently operate out of Macau (China).  They not only produce bespoke small form factor PC’s but also produce some uniquely designed graphics card for their main partner, NVIDIA.  Eight years have passed since they first started but make no mistake, for what ZOTAC lack in age, they certainly make up for in style and performance.

Maxwell which is NVIDIA’s latest graphics card chip has been dominating the headlines recently since its release last month and today I will be testing one of the latest ZOTAC variants out, more namely the ZOTAC GTX 970 AMP! Omega Edition graphics card which features 4GB of GDDR5, a newly designed cooler (for their AMP! Series) and more interestingly, the card sports a triple slot cooler.  With the emergence of the GTX 970 in the sub £300 market, can the ZOTAC make a dint in the other brands profits and do ZOTAC really have something good going for them with the latest release from NVIDIA?  I intend to find out but first, let’s take a look at the specifications…

Maxwell is the most advanced GPU architecture ever made, designed to be the engine of next generation gaming. Inspired by light, it was designed to solve some of the most complex lighting and graphics challenges in visual computing. For the first time, gaming GPU’s can dynamically render indirect light using the new VXGI (Voxel Global Illumination technology). Scenes are significantly more lifelike as light interacts more realistically in the game environment.

The GTX 980 is the worlds fastest GPU and the GTX 970 offers the most advanced performance in its class. Each delivers 2x the performance of previous-generation card, bringing new gaming experiences to virtual reality, and ultra resolution 4k displays.

Enable the detail of 4k monitors, on a 1080P display. DSR produces smoother images by rendering a game at a high resolution, then downscaling it to the native resolution of the display using advanced filtering.