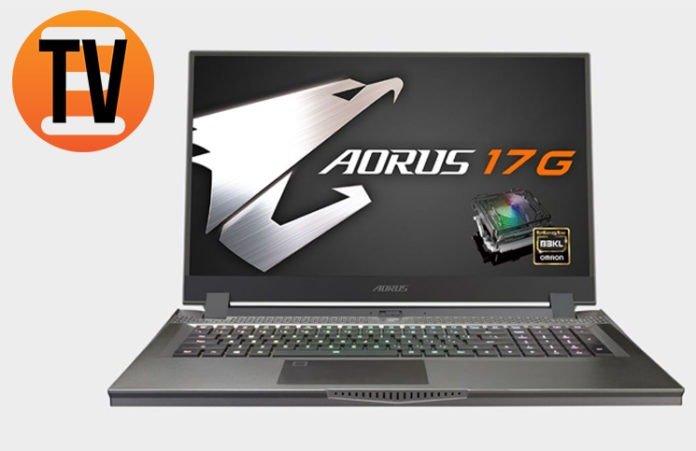 2021 is off to a banger here at Play3r thanks to Gigabyte, as they’ve sent over the AORUS 17G for me to take a look at in today’s review…

So with the video review testing, temperature and acoustic testing done and dusted it’s clear the Aorus 17 G is a very capable gaming laptop. It plays most with relative ease and is powerful enough for AAA gaming at high refresh rates. It’s also just as at home being used for media consumption with its quiet profile and loud speakers. With content creation though the i7 10875H did suffer from poor render times and downclocked significantly due to the AVX2 workload.
This is also due to the power limits being shared between the CPU and GPU, though NVIDIA’s RTX2070 Super Max-Q GPU utilises dynamic boost which balances the load between the CPU and GPU depending on the workload, this works much better when gaming.

It’s a very aesthetic piece too. Aorus claim that they’ve styled it like a sports car, and while I can see what they went for I disagree as I think the styling is much nicer than that. The CNC’d full-body aluminium chassis is stunning and super sturdy. It could probably take a hit from a car and walk it off, it looks and feels like a premium product with branding kept to a minimum and tastefully done. I particularly like that the Aorus logo lights up on the lid when turned on with a soft white LED.

I/O on the 17G is on par with its competition and has a full lineup as expected on a premium gaming laptop. 3x USB 3.1 ports are plenty enough and having the type-C Thunderbolt 3 port adds versatility. Additional monitor outputs are also covered with a full-size HDMI 2.0 and Mini-DisplayPort 1.4 ports. A streamers delight, something the  Aorus 17G is also more than capable of thanks to the RTX2070 Max-Q NVENC encoder.

The webcam could be implemented better as could the quality, it’s about as basic as they come but functional none the less. I’m just not a fan of the unflattering chin angle, but locations for housing the camera especially on the monitor is limited thanks to the thin 3mm bezel. I do, however, appreciate the privacy slider they’ve included with it.

The mechanical keyboard is fantastic and is one of the best implementations I’ve ever seen on a gaming laptop, as is the quality and feel of the trackpad, in its ideal location and size.

The monitor is fantastic too. Whilst HDR isn’t available it looks fantastic, displays excellent colours and the choice to go super high refresh rates at 1080p instead of larger resolution at 17” is paying off dividends.

Internally, the Intel Core i7 10875H, NVIDIA RTX2070 Super Max-Q, 16GB RAM, Killer Ethernet, Intel WiFi 6 and Windforce Infinity cooling all add up to create a fantastic package.
I’m disappointed by the choice of a single 512GB SSD here, however. The SSD itself is fine, being the Samsung PM981, but the choice of such a limited amount of storage is beyond me and screams “we cheaped out here” when 1TB is, I’d argue, a minimum for today’s needs, especially when gaming is involved.
Luckily this is remedied with the 300Hz models that are more commonly available as it looks like Gigabyte heard complaints and are now using a 1TB NVMe M.2 SSD instead, bravo! As well as having an empty M.2 slot for you to populate how you wish in the future, so some thought went into upgradability and, dare I say it, future-proofing.

AzureAI needs another mention here. I was disappointed to find that the inclusion of this software package gave no discernable performance improvement. But as the Aorus 15G and 17G lineup are the first to implement it, I feel like it’s still on its unofficial beta trial run and performance in the future could indeed benefit from it. Is gaming something AzureAI was even really built for anyway?

Now, the elephant in the room, the price. I couldn’t find a price for a single 240Hz panel Aorus 17G anywhere in the UK at the time of writing this video.
Luckily, I wholeheartedly recommend the newer 300Hz with the 1TB of storage version anyway so let’s take a look at that one. UK retailer Scan.co.uk have it in stock for £2148.98 (at the time of writing) and for that, I believe you are getting what you pay for.

Sure, cheaper options are available, but you need to take into account the extra performance you are getting from the Super variant of the RTX 2070: 256 more CUDA cores and a strong 8-core Intel Core i7 10th Gen mobile CPU is a good example here as well as all the other features the 17G is offering over competitors models.

The Aorus 17G gets Play3r’s Gold Award for its awesome gaming performance, beautiful aesthetic, excellent choice of IO and top-tier internal components which make it an amazing gaming laptop.

Big thanks to Gigabyte for sending over the Aorus 17G for me to review.

Editor’s note: There is a newer version of the Aorus 17G which is becoming more widely available in stores. It comes with the 300Hz panel Dave mentions as well as 32GB DDR4 RAM and is currently available at Scan for £2198.99. This newer model is also equipped with a RTX 3070 GPU although the CPU is the 100MHz slower i7-10870H. We have not received a sample unit to review so we cannot say with certainty which would be the better purchase. 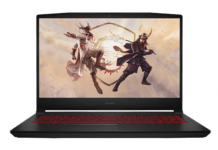 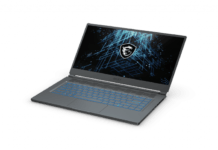 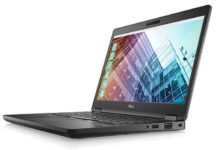 2
The MSI Stealth 15M is an affordable gaming laptop, especially for its good performance and excellent portability! Let's not forget at the end of the day it's a 1080p, Ray-tracing equipped capable gaming laptop.
Go to mobile version
%d bloggers like this: