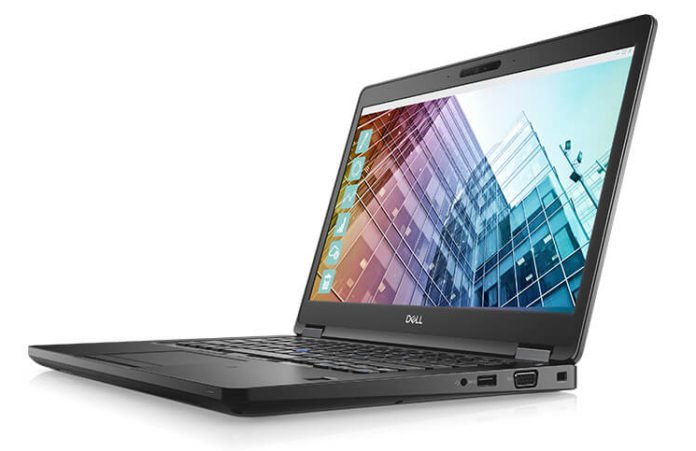 Following on from our previous review of the Dell Inspiron G5 15 gaming laptop, we have the brand-new Dell Latitude 5491 from the latest 5000 series of business and workstation focused range in for testing. As you may already know, Dell is not just one of the largest laptop manufacturers on the planet but their core ranges such as the Inspiron, their XPS and Latitude have proven popular for many years with critics and consumers alike receiving many different awards and praise from other areas.

The Dell Latitude 5491 is customizable and available in a number of different configurations. This particular model features a 14” 1080p screen with an impressive Intel Core i7 8850H 6 core 12 thread Coffee Lake processor. With the focus being purely on business and workstation use, this particular notebook relies on an Intel UHD 630 integrated graphics chip with 16 GB of 2666MHz DDR4 memory operating in dual channel mode for better performance. Let’s take a look at the full specifications list and take a look at what the Latitude 5491 has to offer…

Just like in our Inspiron G5 15 review, Dell has recycled the style of their older Latitude notebooks and applied a more classic look to the Latitude 5491. This business class laptop has an all matte-black finish and follows a conventional design without trying too hard to please those looking for a visually aggressive look; this is aimed at professionals after all. The laptop itself has two sets of mouse buttons, one 3 button strip (left, middle, right) above the trackpad and a more traditional two button (left, right) below it. In the centre of the backlit keyboard is a nib which allows mouse control and is a common feature of this type of notebook. The keyboard has a tactile feel to it, there are function keys which enable lots of different functions including media playback keys among the most notable. 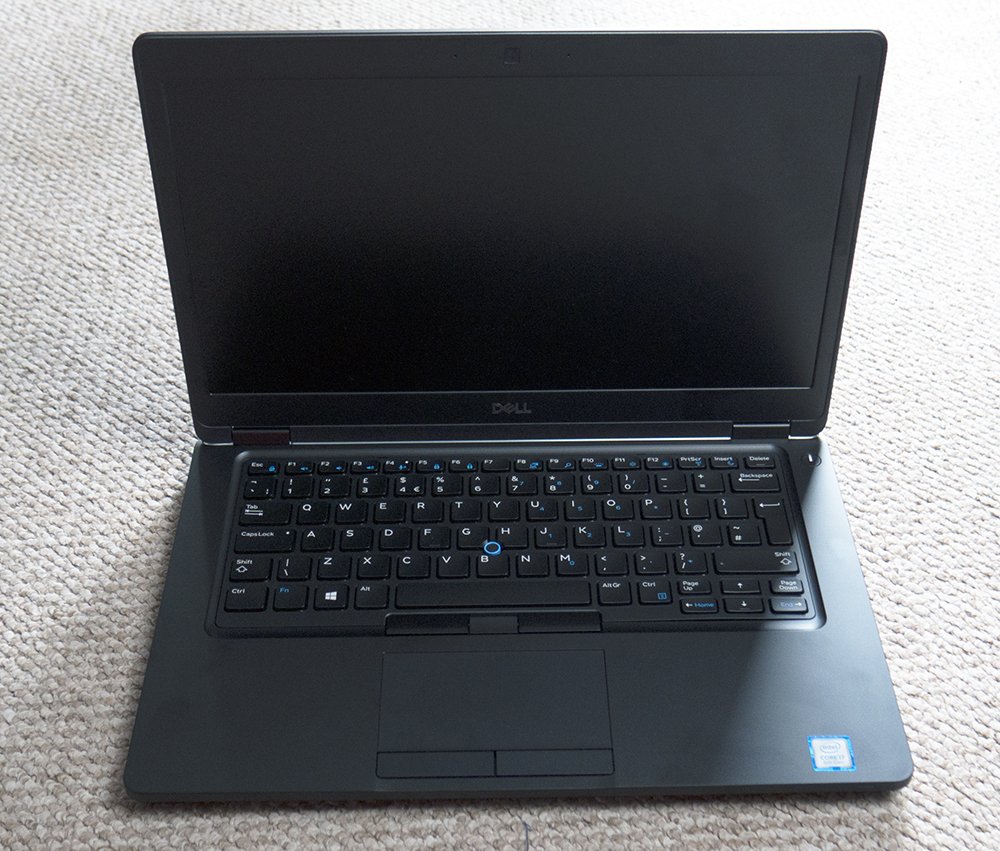 Probably the biggest plus point of this model is the inclusion of an Intel Core i7 8850H 6-core processor which boosts up to 4.3GHz when extra grunt is needed such as when rendering videos and 16GB of 2666MHz DDR4 memory which is running in dual channel mode. The Core i7 8850H is one of the latest mobile processors from Intel and the new Dell 5000 series range takes good advantage of them. In regards to storage, the Dell Latitude 5491 includes a 512GB Toshiba M.2 SSD and this sample features no slower functioning mechanical hard drives. 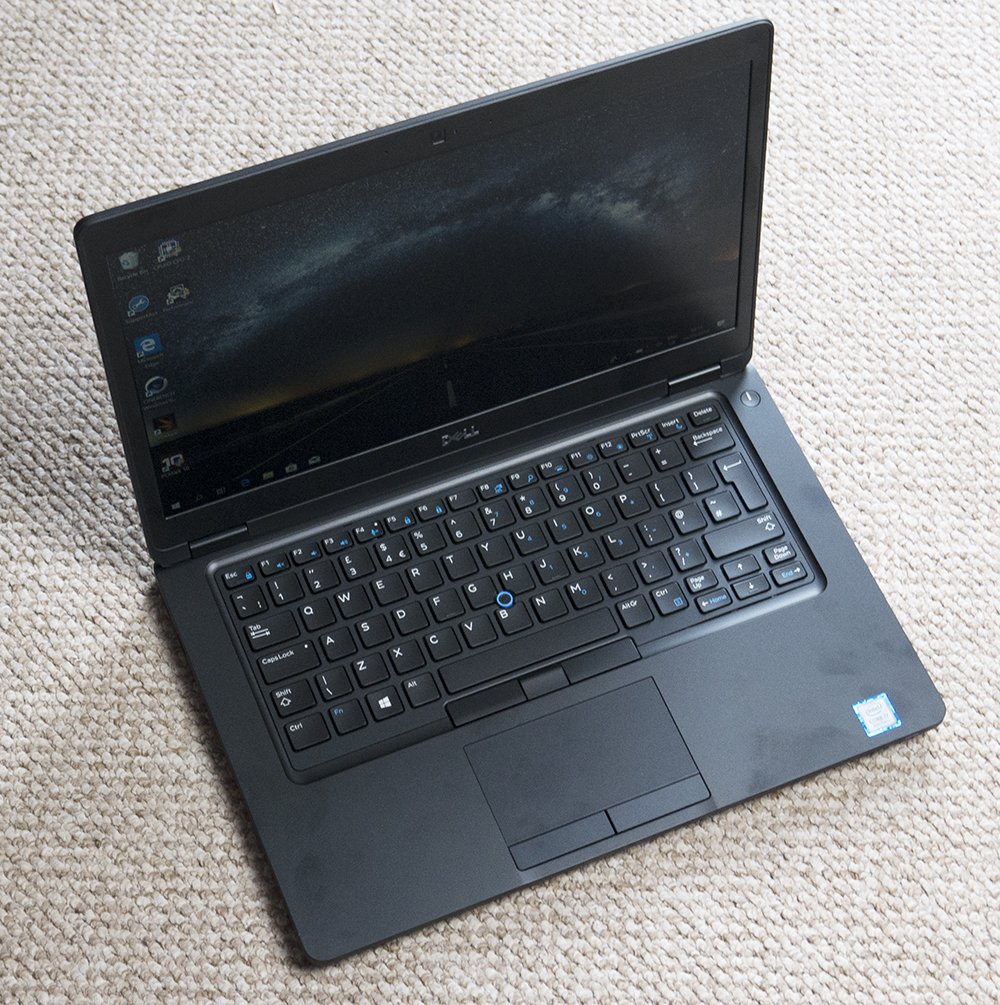 Looking at the connections, Dell has included a good host of different flavours with the inclusion of a Thunderbolt 3 port on the left side which is the most notable. Also featured on the left is a USB 3.0 port, an SD and SmartCard slot, where on the right is another USB 3.0 port, a VGA port, a Kensington security slot and a 3.5mm audio jack. At the back on the rear panel is a power input port for the included 90W power adapter, two USB 3.0 ports and an HDMI for use with external monitors or televisions in say a hotel room when on business trips. Wireless functionality is included as standard with an 802.11ac adapter and the 5491 makes use of the latest Bluetooth 5 connectivity. 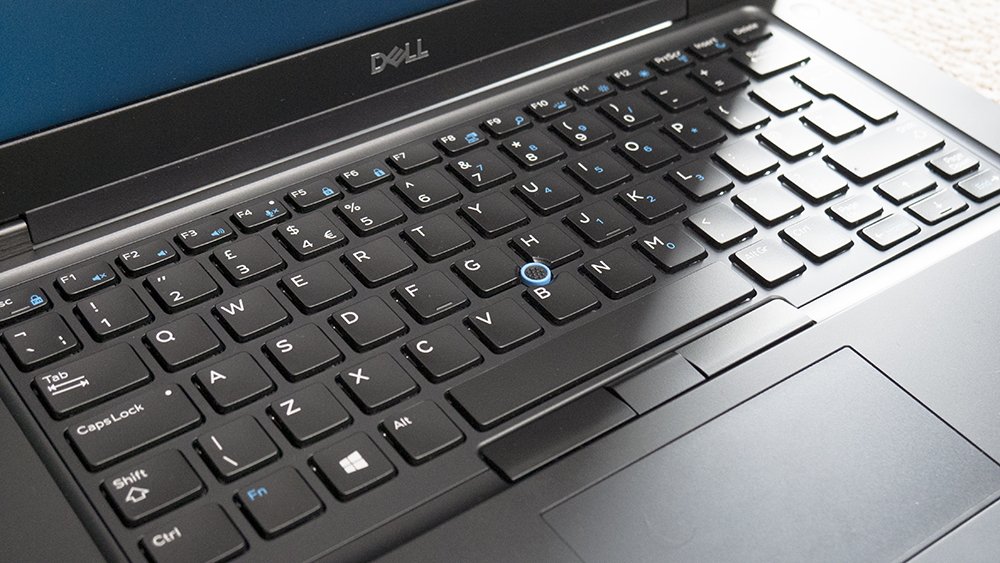 As you might expect from a business class notebook, not much focus has been made on the graphics with the 1920x1080p IPS screen taking its graphical directions from the Intel UHD 630 onboard graphics chip. The overall look and corporate nature are sure to please you if you’re after pure mobile processor grunt, but there’s a lot on the market with similar specs that quite easily compete even though the aesthetic might not be as subtle. Time to see how it performs…

Note: Due to Dell Latitude 5491 not being designed for gaming, no game testing has been performed although 3DMark Firestrike and Time Spy has been run and as a measure of performance, has been compared to the previously reviewed Dell Inspiron G5 15 notebook.

The performance from a synthetic standpoint is on point thanks to the Intel Core i7 8850H and 16GB of 2666MHz DDR4 memory which is running in dual channel mode. When compared to the Dell Inspiron G5 15 the Memory Mark performance is superb thanks to the use of faster RAM and the hex-core chip allows it to easily win within Cinebench R15. When it comes to graphics there’s not really any positives in the comparison charts. The Latitude 5491 isn’t great for gaming and as you would expect from a business-centric consumer product, the primary aim from Dell here is to satisfy professional users.

The Dell Latitude 5491 Review: The Verdict

The thing that needs to be remembered when focusing on this particular model is that it’s not designed for gaming. You may be asking why we would be taking a look at such a model and my answer to you is simple, we love technology and that’s what we are about at Play3r! Dell is a leading manufacturer of laptops and desktops and the Latitude 5491 is another example of a top quality product with the aim of providing professional users with the power they need on the move. Of course, the Lattitude 5491 isn’t going to tick any boxes as far as gaming goes, what it lacks in that department it makes up in more premium areas such as a fingerprint reader and a facial recognition camera for security.

From a power point of view, the Dell Latitude 5491 is a good option if you’re looking for a business grade notebook with enough processor grunt to plough through encoding and rendering tasks. If you’re looking to render videos it would be a good idea to make sure the editing software is optimised for cores as opposed to graphics grunt. A notebook with an NVIDIA graphics card for around the same price might give an advantage in this area due to CUDA cores, but the Intel UHD 630 does the intended job and keeps the 1920×1080 14″ IPS screen going.

The bottom line is that the Dell Latitude 5491 is a great option if you’re looking for a top quality and powerful option on the move. Based on this, it more than deserves our gold award based on a multitude of positive things including build quality, design and connectivity. This includes the inclusion of a Thunderbolt 3 port and Bluetooth 5. It has a solid build quality found in the more premium models and the inclusion of a hex core Intel Core i7-8850H gives this a compute performance edge over other similarly priced notebooks on the market. It’s not for gaming, but productivity is through the roof in every other area! This laptop fits perfectly into a briefcase, isn’t as clunky as a 15.6″ model and weighs around 1.65KG so it’s not too heavy all things considered. 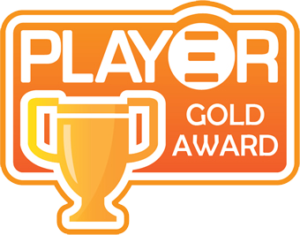 Thanks to Dell for sending a sample of the Latitude 5491 in for review. 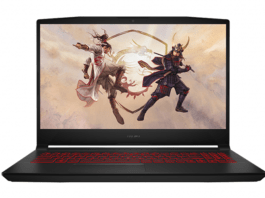 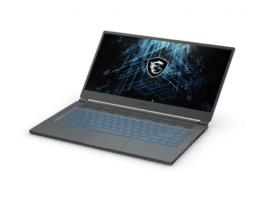 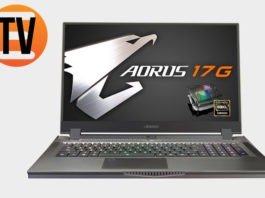