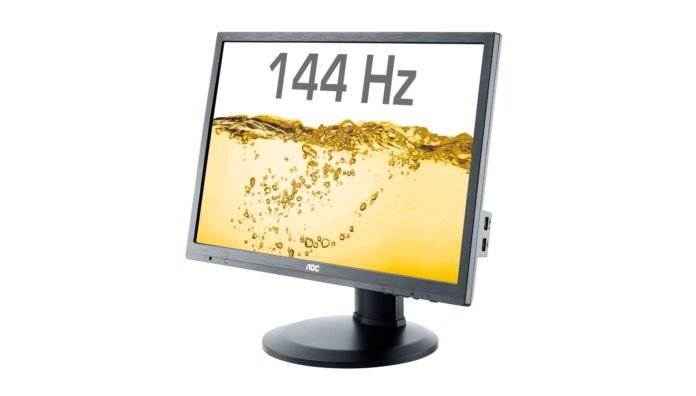 With rapid advances in monitor technology and a massive array of options currently available on the market, it can be a tedious task looking for a monitor to cater for your needs at the right price.  The most common form of PC monitor produced currently is the TN (twisted nematic) panel, which is known for its mega fast response times, usually under 2ms and sometimes even less.  We also have the more popular IPS (In-plane switching) which has boomed recently due to their low prices, higher availability and general overall performance.

Another big advancement in monitor technology is the refresh rates, the more traditional 60Hz monitors seem to coming up against some stiff competition from the newer 120Hz monitors, but how much of a difference would a 144Hz monitor make to your gameplay?

One manufacturer in particular which has recently released a new 144Hz monitor is AOC.  AOC or as they were earlier known, Admiral, formed in 1934 in Chicago Illinois by Ross Siragusa and specialised in colour televisions (One of the first to do so).  Fast forward to 1967 and AOC (Admiral Overseas Corporation was established in Taiwan, which were the first manufacturer to produce T.Vs for export.  Fast forward to today and AOC are going strong, with many different industry awards to their name and a long heritage in the vision industry, will they win one of our Play3r awards today?

Today I will be taking a look at the latest monitor from their Gaming range, the AOC G2460Pqu, which is 24”, has a refresh rate of 144Hz and a max resolution of 1920×1080.  Will this monitor impress with its high refresh rate or is the picture quality not up to standard?  Let’s find out, starting with the specifications…

Starting with the outer packaging, the AOC G2460Pqu monitor comes in a big brown and black box, with blue accents which include the model number, the brand, an illustration of the monitor itself and different thumbnails of the features; these include windows 8 compatibility, LED, DCR which is Dynamic Contrast Ratio and that the monitor meets the Energy Star requirements.

After the monitor is removed from the polystyrene inserts which protect the monitor from damage during transit, we have a multitude of cables and accessories which include:

There are plenty of accessories with the AOC G2460Pqu, enough to get you going outside of the box depending on your graphics card of choice.

As the G2460Pqu comes in pieces, I thought it would be a good idea to show you the different elements of the monitor, before I decided to set it up.  Starting with the screen itself, it comes pre-attached with the main mounting arm which is also the main support of the monitor.  The monitor is all black, and features an air vent just above the arm mounting system.

Next, we have the base of the monitor, which keeps it standing whichever way you want the monitor.  It’s made of solid plastic with a steel base and plate inside to add weight and also strengthen the mount.

On the underside of the stand, there is a small screw with a little handle, which screws the base into the arm and ensures the stand is securely attached to the stand.  It is a nice touch and it adds strength and confidence that the arm will be 100% stable when fully assembled.

Taking a closer look at the hinge which connects the arm to the screen itself, you can see the 4 black bolts which go through the mounting plate; this ensures the screen is tightly fit against the plate and having played around with it, I would have no fears or worries that it would come off when in use, or at all for that matter.

On the rear of the monitor, we have the I/O of the G2460Pqu; this can be found under the main bulk which has its own recess within the monitor.  Connectivity wise we have the following ports:

Please note that you can only obtain the 144Hz @ 1920×1080 via the DVI-D and Display port inputs and not via the VGA or the HDMI.  It is slightly disappointing but this isn’t down to AOC, it’s more the technology involved.  It is also nice to see a strong showing in the amount of connections available, which would suit all graphics card types but if needed, adapters could be used.

One of the best features of the AOC G2460Pqu is the inclusions of 4 x USB 2.0 ports.  This basically means you have a USB hub built into your monitor, so if you have lots of USB devices then you’re covered.  There are 2 on the rear of the monitor, including the output to your computer/laptop and also there is the power switch, which is powered by a standard kettle type power cable which does come included.  There are also 2 x USB 2.0 ports at the side of the monitor, which will be illustrated on the next page. 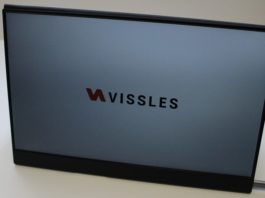 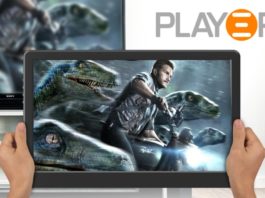