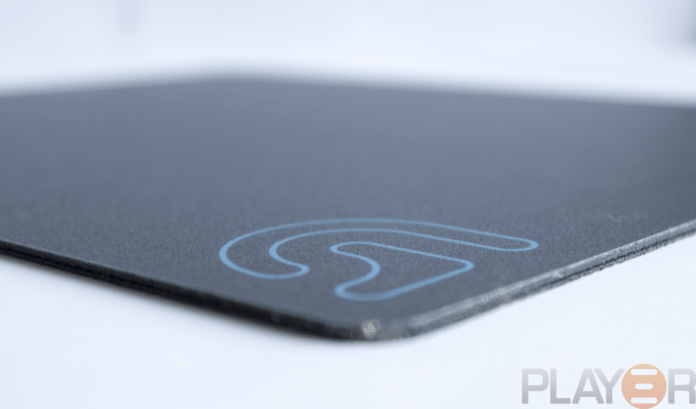 Logitech are no stranger to the high-end gaming peripheral market, earning their stripes with products covering the bases of innovation and competitiveness, backed by a highly regarded after sales service championed by many across any forum or comment box you’re likely to come across.

At £25, the G440 is certainly priced right coming from such a strong brand, and there is no reason to doubt the G440 is a solid product, so to get things rolling here are the details:

A little bit about Logitech:

Focused on innovation and quality, Logitech designs personal peripherals to help people enjoy a better experience with the digital world. We started in 1981 with mice, which (new at the time) provided a more intuitive way of interacting with a personal computer. We became the worldwide leader in computer mice, and have reinvented the mouse in dozens of ways to match the evolving needs of PC and laptop users.

Since those early days, we have expanded our expertise in product design beyond the computer mouse, with a broad portfolio of interface devices that are the “last inch” between you and your computer or your console game, digital music or home-entertainment system.

With products sold in almost every country in the world, Logitech’s leadership in innovation now encompasses a wide variety of personal peripherals (both cordless and corded), with special emphasis on products for PC navigation, gaming, Internet communications, digital music and home-entertainment control.

For each of our product categories, we study how our customers use their digital devices, and then our designers and engineers set their sights on how we can create a better experience with those devices – richer, more comfortable, more fun, more productive, more convenient, more delightful.

As outlined in the specs, the G440 fits the more standard “square” shape suitable for most gaming scenarios, and perhaps more importantly, desks. At 34cm by 28cm the G440 should be big enough for anyone who doesn’t have niche surface needs.

With the introduction wrapped up, let’s see what the G440 looks like in the flesh.

The G440 comes in a sleek flat pack package sporting the black and neon-blue branding of Logitech’s ‘G’ gaming range. The back continues with the similarly understated colour scheme with a feature roundup and spec rundown in eleven (!) different languages. As you can see in the above and belows shots, there is also an area cut out with a layer of the pad’s surface there instead allowing you to feel it – handy should you come across it in store rather than just searching online. With the packaging removed we’re presented with the G440 itself. Initial impressions is that the surface is definitely more ‘slippy’ than abrasive but not slippy to the extent it’s like using a plastic surface. Sadly the mousepad isn’t reversible so the underside is a very rough affair for friction purposes. The design and construction appears relatively simple from the first look at the G440. The top surface is certainly a low-key affair – a personally likeable one – with only the ‘G’ in the bottom right corner making it distinguishable from any other black mouse pad really. The underside of the G440 as you can see is all rubber rather than a few ‘feet’ dotted around points of the pad.

Bonus shot of the G440 supporting Logitech’s own G400S mouse. All of the packaging  materials including the example texture seem recyclable which is always good.

With the the closer look out of the way let’s see how it faired in real-world testing!

To start, the performance from the G440 was spot-on in every aspect. The surface itself remains solid even during rapid gaming movements and ensure that all of your wrists hard works goes into the game rather than moving the mouse pad around.

The surface itself is the perfect blend between an abrasive and smooth surface. It isn’t loud when the mouse is being dragged across it yet also provides a good sense of feedback both from the sound generated and also from the vibrations generated from friction. The upside to Logitech using a single sided mousepad was also evident when i used my mouse in wireless mode. The G440 remains uniformly flat and I had no sense of ‘lift-off’ as i had with the Func 1030 due to the surface itself being housed in a frame.

I tried two mice on the G440 – including Logitech’s own G400S and a significantly more expensive Razer Mamba. I didn’t feel there was any response or pick-up difference between the two whilst using the G440 and in regards to Logitech’s own G400S, perhaps this is the fruits of the all their ‘G’ mice being involved during the testing stage of the G440.

The size and shape of the G440 was also great for both gaming and general usage on a large DPI screen. I never felt like I was running out of mousepad so to speak, whilst in the desktop. If there is a qualm here it’s that, personally, I prefer the more curved type pads. The G440’s surface is fine, it would just be better if it was spread ore towards the natural swing of your mouse hand – especially so when flying in the newly released Battlefield 4.

That’s performance out of the way, let’s finish up with today’s conclusion…

The G440 would be an undeniable companion to anyone’s desk be it for gaming or general usage. At an RRP of £25 it is certainly a better buy than the Func 1030 in almost every respect which also sold for £10 more.

Logitech’s product from packaging to usage is all presented, built and functional. A bit like the Func review, I still feel that pricing is a sticking point for gaming mousepads, although if you’re looking at mousepad review it suggests price isn’t an issue. But, if you are gunning for a mousepad rather than having to pick between a new mousepad or something else then the G440 comes with my highest approval.

The hard surface on the G440 is as good as mouse surface’s are ever likely to get and if you’re in two mind about competing products that offer more surface area for similar cost, my advice would be avoid as they tend to be pads which genuinely aren’t as responsive. The G440’s lack of over-bearing aesthetic design also gets the approval from me as it means you won’t feel embarrassed about having it on your desk and also there is no design to conflict with your mouse’s tracking – which i have had happen to me with two products from the same company, no less.

To sound off, if you you’re in the market for a new mousepad it’s hard to go wrong with the G440. Your £25 buys into Logitech’s eco-system for a product that isn’t competitively priced because it has to be – it’s just simply better in every regard. The pad performed equally great with both Logitech’s mice and not and the surface looks great whilst being easy to clean and maintain. Logitech’s product is both unbeatable at price and performance and would be a great stocking filler for many gamers.