Nacon has only been around for a couple of years, but they have a long game-making history as Bigben Interactive. They are also in the gaming peripheral market and have sent over the MG-X Pro, an officially licensed Xbox controller designed to work with Android mobile phones for today’s review. So if you’re constantly on the road, own an Android phone, and have an Xbox live account. This could be the device for you… 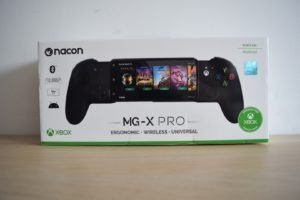 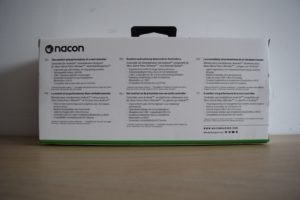 Taking a look at the box, Nacon has used a white box with Xbox colouring showing us that it’ll work with the Xbox app and cloud services. It also shows that the MG-X Pro has Bluetooth (4.2+BLE), and supports Android devices up to 6.7″ in length.
The rear of the box provides some specifications in 6 languages: English, French, German, Dutch, Spanish and Italian. 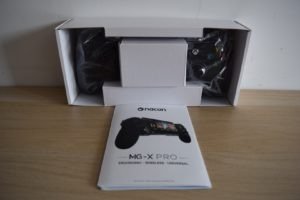 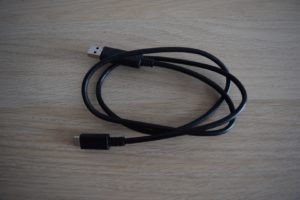 Opening the box up we find some user manuals and an 80cm USB-A to USB Type-C cable used to charge the MG-X Pro’s included battery which lasts up to 20 hours. 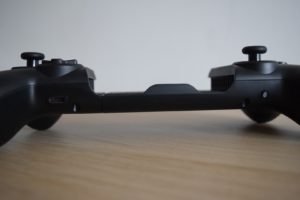 Taking a closer look at the MG-X Pro, we can see the traditional Xbox controller layout on the edges with the phone cradle in the centre. The joysticks are using the standard asymmetric layout and the D-Pad and ABXY buttons are in their usual locations.
A view of the bottom of the controller shows us the USB Type-C connector on the left side and the Bluetooth switch on the right, pressing and holding this button enables the pairing mode which connects the MG-X Pro to your Android device. 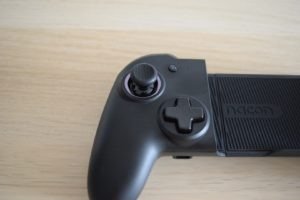 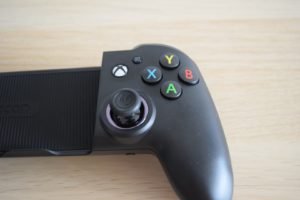 A closer look at the left and right sides reveals nothing out of the ordinary, and for all intents and purposes, it’s a carbon copy of an Xbox controller. All buttons look and feel excellent, the thumb sticks are super smooth and have a quality feel to them, even the button press feels great and has a satisfying click. The D-pad gives you satisfying tactile feedback letting you know you’re pressing the buttons. 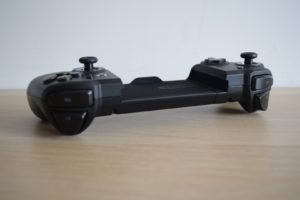 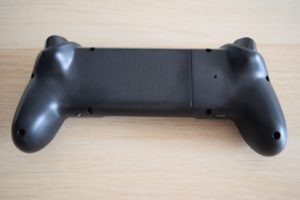 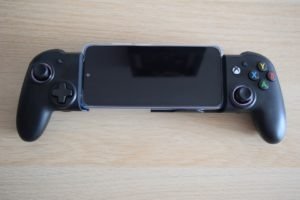 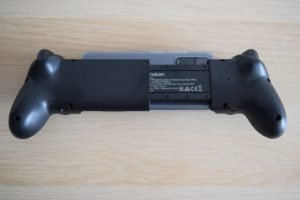 Installing the Android device, in this case, the Redmi Note 11 was used for testing, was as simple as pulling the controller apart and installing the base of the phone on the right side and resting the top of the phone down on the left side as the controller extends from right to left.
A look at the rear of the MG-X Pro controller shows how it extends from right to left. It has a fairly strong spring system inside which gives a satisfying feeling that the phone will be held safe and sounds once installed. The rear of the controller also has a textured surface making it easier to grip it, much like the traditional controllers.

Think of the MG-X Pro as an Xbox controller split down the middle, with an integrated cradle for the Android phone to be inserted, and you have the MG-X Pro exactly. The design and workmanship are excellent, though a licensed Xbox product has to make the mark in terms of quality, and, that being said the fit and finish are excellent.

All buttons look and feel of the highest quality, the analogue thumbstick and triggers feel excellent and there wasn’t a single point I wasn’t enjoying using the MG-X pro as a controller. The Xbox button on the right-hand side of the controller also doubles as the power button with a long press turning it on and off, as well as a menu button once the device is powered on and connected to a phone.
All other buttons look and feel excellent too which completes the overall quality of the MG-X Pro controller to a high standard, I’m sure you’ll be pleased to know.

Gaming on the MG-X Pro was a lot of fun, and with a decent mobile phone, you could easily forget you’re playing on a mobile device and not a console. Xbox Cloud Gaming support is excellent, as well as Google Stadia and Nvidia GeForce NOW which I signed up for trials to test. Most Google Store games are supported, but disappointingly COD and PUBG Mobile are not supported at present.

Under the hood, the included battery lasts about as long as the advertised 20 hours between charges, though it would have been nice to see the battery level on my phone. Instead, Bluetooth 4.2 + BLE was used in the MG-X Pro so that won’t be happening until a refresh model with BT 5.0 comes to market.

The MG-X Pro supports the Android 6.0 (and higher) operating system which was released in 2015, so the list of supported devices will be huge. This might also hint at why Nacon chose to use BT 4.2 + BLE.

The maximum phone size the MG-X Pro can support is 6.7″ which supports a wide range of phones like the Samsung Galaxy Note 20 5G. The Redmi Note 11 I used to test was 6.4″ long and fit comfortably with plenty of space to spare.

The included USB Type-C charging cable is plenty long at 80cm and charges the device in a few hours hinting at a battery size of around 2000mAh, though I’m taking a wild guess here.

The included cable can also be used to connect the MG-X Pro to an Xbox or PC and used as a controller without the phone, which is a neat trick and one I think you’d appreciate should you be in a position where one is needed, although using a longer cable might make things a bit more convenient.

The lack of Pro features like a carry case is a big oversight in my opinion. Especially as the MG-X Pro is a product you’re likely to carry in your backpack/bag when on your travels the majority of the time and I can imagine it could easily get damaged without. All Xbox controllers also have vibration motors built in, there are none to be found in the MG-X Pro, though the batteries need to be stored somewhere.

Now, at £89.99 in the UK at the time of writing, the MG-X Pro isn’t cheap. But for that asking price, you get a brilliant mobile gaming controller that looks quality and feels excellent to use and providing you are happy with the lack of vibration motors and a carry case for protection, it’s certainly worthy of your consideration if you have an android phone and will make use of it more often than not. 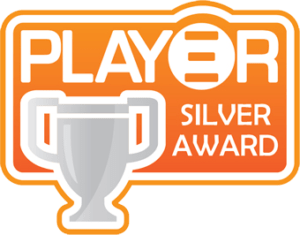 Big thanks to Nacon for sending over the MG-X Pro for today’s review.

Jake Ward - Aug 17, 2017 0
This time I have a neat gaming mouse from ASUS, The ROG STRIX Evolve. The mouse features Aura Sync RGB and ergonomic customisation. Join me on this review!
Go to mobile version
%d bloggers like this: