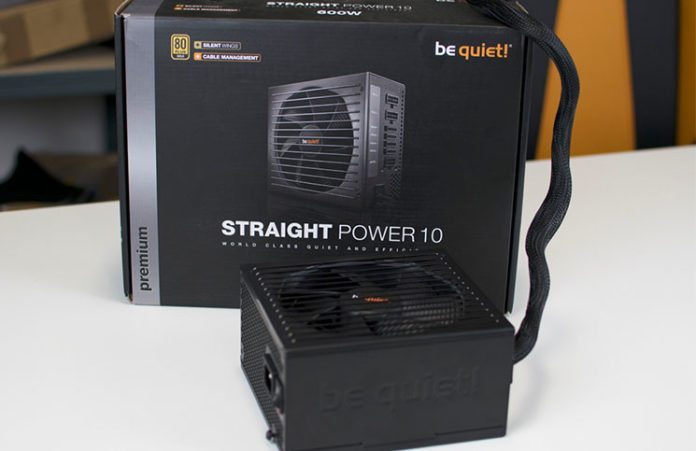 In recent times, be quiet! have been widely known for their array of top quality CPU cooling and power supply options, but how much do you really know about them? be quiet! are a German brand owned by the German company (naturally) Listan GmbH % Co. KG who also own the brands Xilence and Revoltec; these companies specialise in cooling products, as well as cases and power supplies, with be quiet! being the most well-known globally out of the 3. Focusing back to be quiet!, they were founded in 2002 and since 2006, have been consistently named the leader in power supply sales in Germany; quite a feat given the competition available on the market.

Today’s sample comes in the form of the Straight Power 10 600w which features an 80PLUS Gold efficiency rating as well as having a be quiet! SilentWings 3 135mm fan installed for optimal cooling performance. Of course, we are expecting the fan to be whisper silent as with most be quiet! power supplies…

Taking a closer inspection on the 600w Straight Power 10 power supply, be quiet! have gone with a subtle all-black design, with the be quiet! logo embossed into the metal panel as opposed to using a sticker; there is one on the other side though that lists the AC input/DC output specifications of this particular unit. 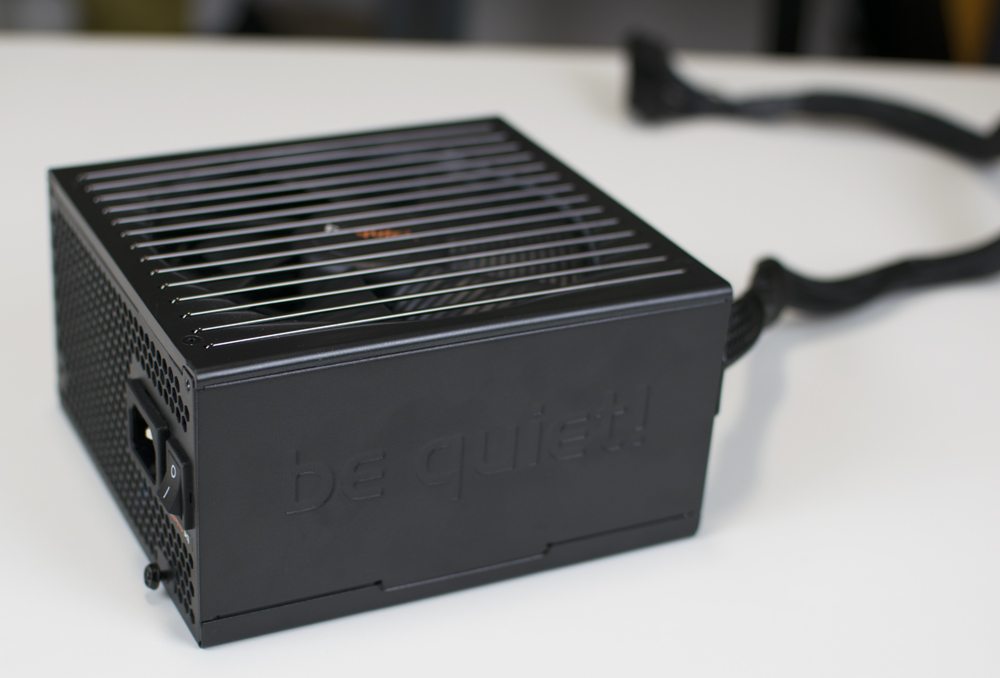 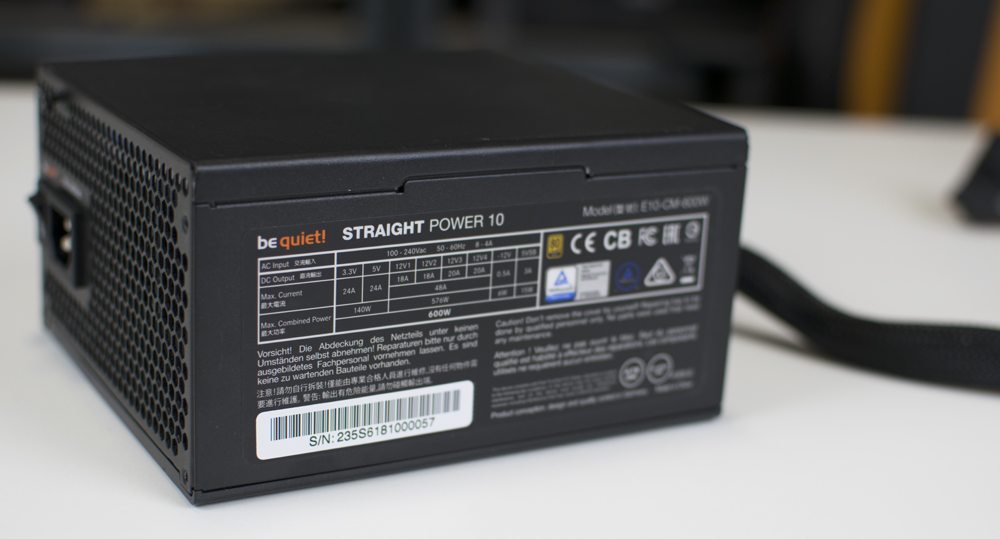 Here we have a simple vented grill with the SilentWings 3 135mm cooling fan in all its glory. The fan itself has a maximum rated speed of 1500RPM while having a noise output of just 20.1dB at 100% full load; impressive! 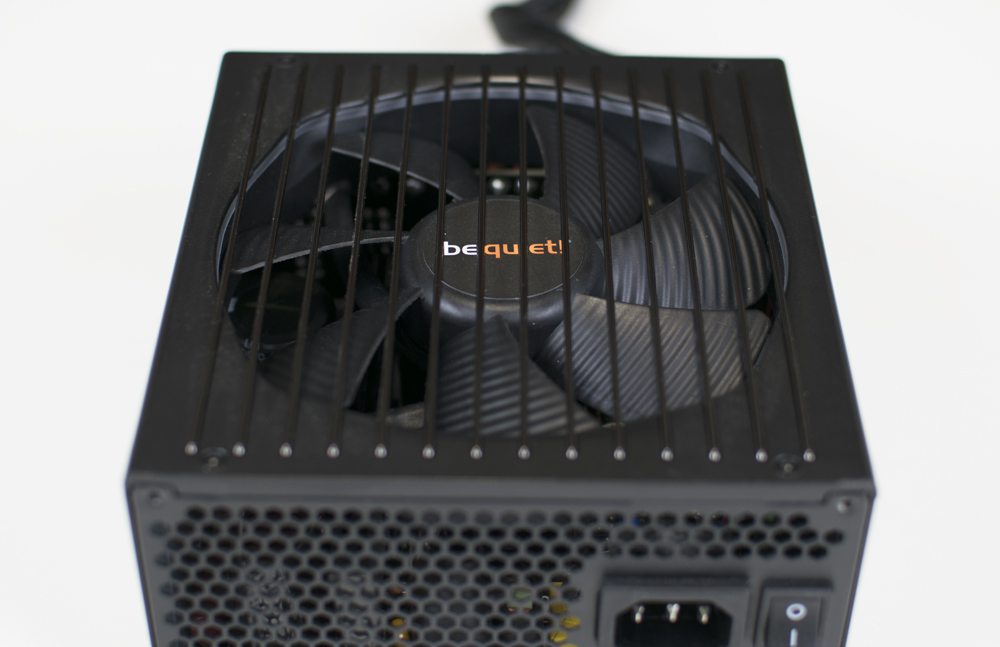 At the rear, there is a honeycomb grill with a 3 pin kettle lead power lead input. Just to the side of this, is a simple on an off switch. 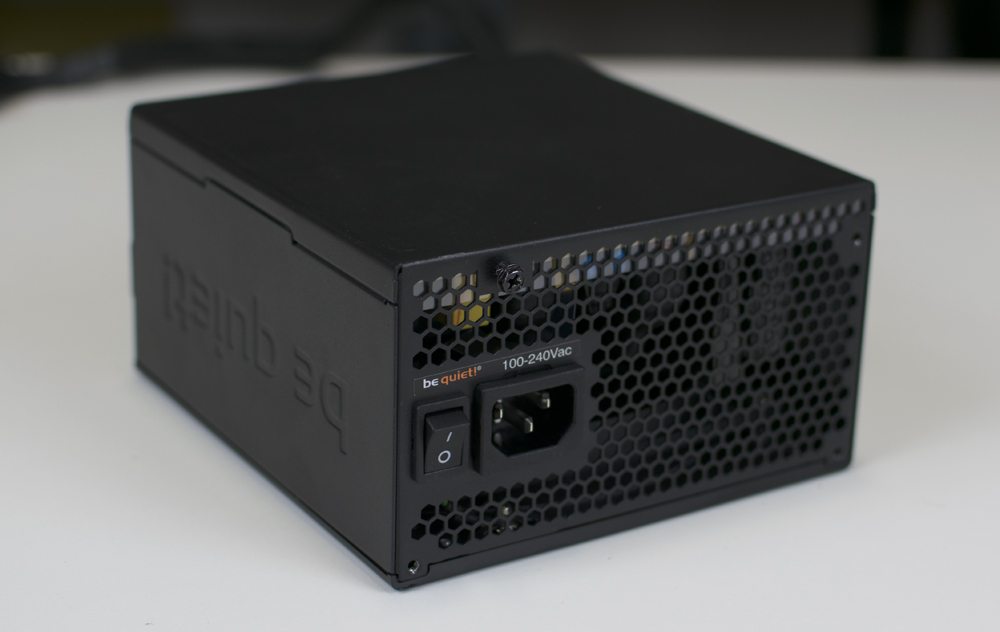 Although the 20+4pin ATX motherboard power lead is hard wired into the unit, the be quiet! Straight Power 10 600w power supply features 7 inputs for modular cables (these are provided of course). There are 4 x drive ports for things like storage drives/optical drives, 2 x PCIe power cables for graphics cards and a single 8pin 12v CPU power cable. 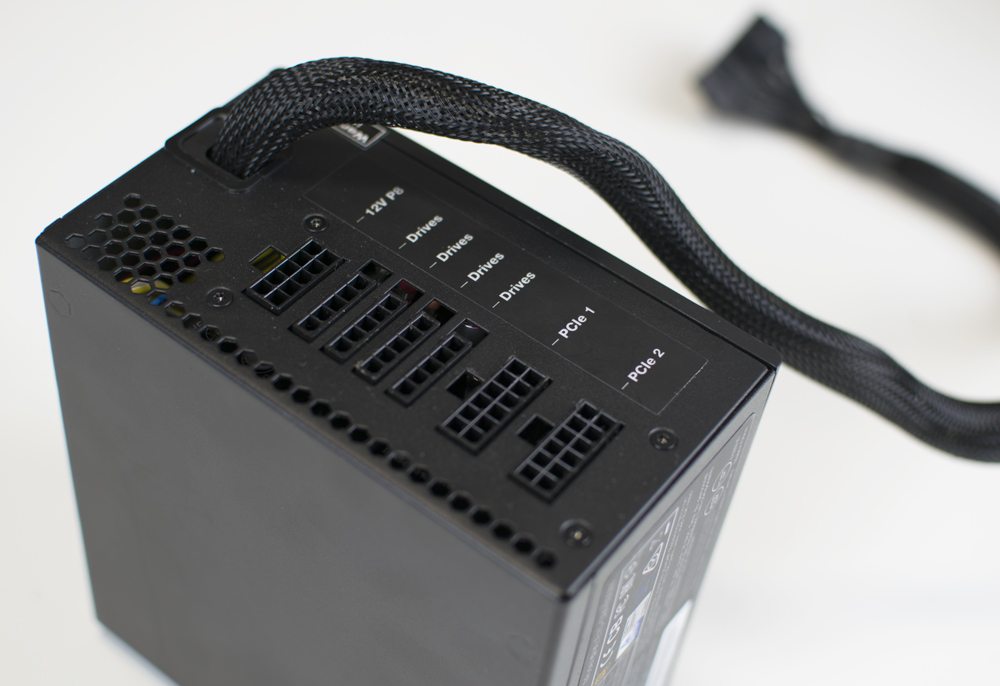 Touching on the cables, the hard wired 20+4 pin ATX motherboard power cable features a nice flexible plastic braiding which isn’t too tough, but it’s not exactly forgiving in terms of flexibility for those tight areas… 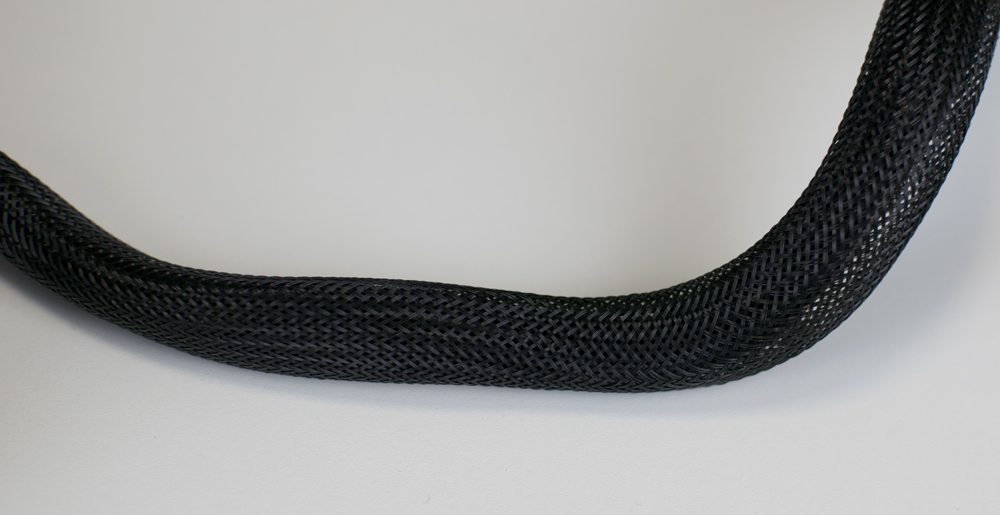 The rest of the modular cables are also sleeved with the same materials, but due to their slimness, they are must easier to cable manage with and feel really good quality; I expect/expected nothing less from be quiet! The 600w Straight Power 10 has the following connectors across all of the supplied cables: 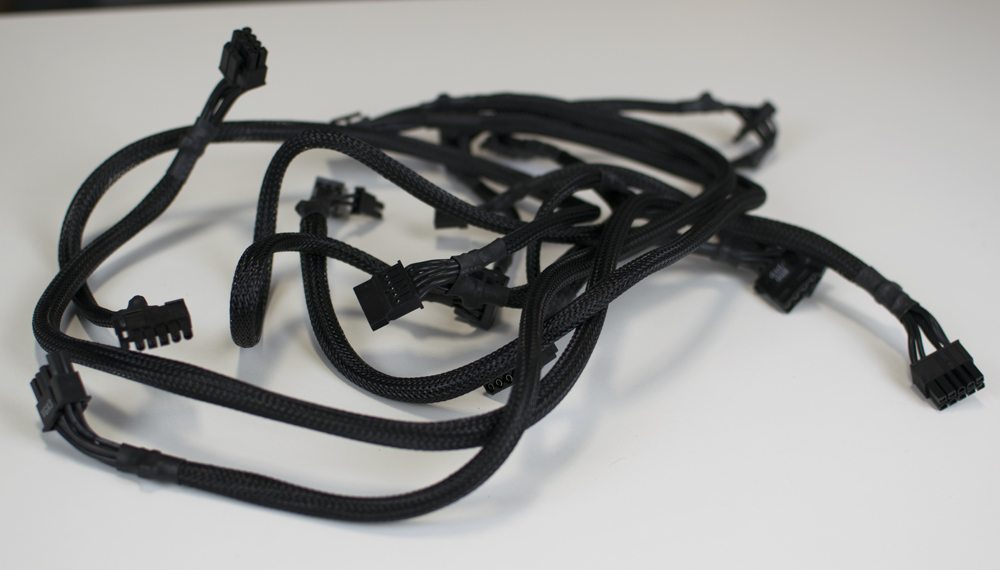 Since we don’t currently have access to an ATE load tester, a multi-meter is used to show each of the power supplies performance on the 3.3v, 5v, and 12v rails. Although we can’t do full load tests, we can provide relative information regarding variance and fluctuation of current and ripple on the rails which is integral and indicative of quality in a power supply.

To load and apply power to the power supply, a combination of IBT and Furmark will be run to put as much strain on the power supply as possible. After 10 minutes the readings will be taken and to ensure maximum strain, the CPU will be overclocked to 4.8GHz. Depending on the power of the power supply, multiple graphics cards could be used in line with how comfortable I feel the power supply will cope with such load. In the case of this unit, the GTX 1060 doesn’t support SLI. We will endeavor to improve our testing methods over 2017 though!

It’s been no secret in recent times that be quiet! have an elaborate partnership with the OEM manufacturer FSP and those who haven’t heard of FSP, can be glad to know that they are one of the top guys in the OEM PSU market. Having used many FSP OEM units in the past and never had a failure, even when putting extreme loads above the rated wattage on the units, I have been nothing but impressed with them.

The case has been the same with the be quiet! Straight Power 10 600w modular power supply and although our testing methods are very basic, it’s easy to see that this particular unit is a winner. With near perfect readings via our digital multi-meter (DMM) when at idle and load, the unit is mustard as far as I’m concerned. The only niggle I had during testing was the 5V line under load, it was under ATX certification levels, but it wasn’t THAT far away; although it was rock solid throughout the testing and didn’t show much if any fluctuations via our method of testing.

As far as the design goes, I like the simplistic and basic look of the Straight Power 10 units and should fit in well with most systems; unless you want white of course, be quiet! don’t currently have any white models available at the moment, but who knows. The cable sleeving is also relatively good, although the thick 20+4 pin ATX motherboard cable can be a little tricky and tough in tight spots, although otherwise its good stuff from the guys at be quiet!

It has plenty of connections available and can easily accommodate 2 way SLI/CrossFire graphics configurations with ease and for those looking for a 600w option, this is certainly a great starting point to look at. Pricing on the Straight Power 10 600w model varies depending on your retailer of choice; it varies from £96 to £120!!! Quite a big difference in all honesty, although if you go via Amazon UK, you’re looking at £94.76 (at time of review) – Click here to buy from Amazon UK!

Overall and after considerable thought, it would be unduly of me to give the be quiet! Straight Power 10 600w power supply anything less than our Gold award today; it really is a great power supply and will serve you well for years; the 5-year warranty will make certain of that. If you’re looking for one of the best 80PLUS Gold 600w semi modular power supplies on the market, make sure the Straight Power 10 from be quiet! is on your shortlist! – It’s also worth noting that even at load, this unit was whisper quiet (quieter than some basic 120mm cooling fans at half load!) and I will also be awarding the Straight Power 10 600w unit our Quiet award too…Shhhhh!

Big thanks to be quiet! for sending a sample of the Straight Power 10 600w in for review. 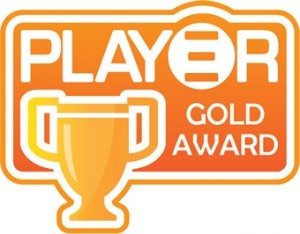 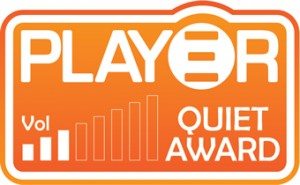 – 5V line performance could be better under load on this sample 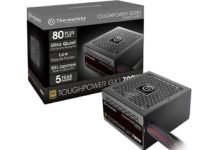 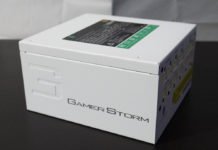 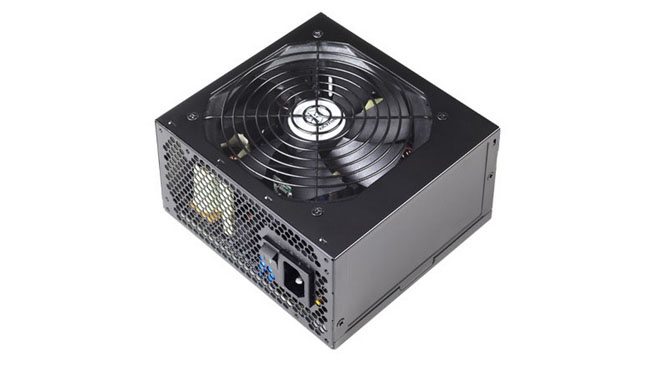 Play3r - Nov 10, 2014 0
The SilverStone ST50F-ESG is a 500W power supply with an 80 PLUS Gold rating which should hopefully offer some good performance, let's see how it compares...
Go to mobile version
%d bloggers like this: