Gav returns from the dead to review the brand new Samsung 970 EVO Plus 250GB SSD. It’s NVMe which means it’s really fast and it looks to make V-Nand SSDs much more competitive with a global fall in SSD prices. The new 96-layer V-NAND revolution is here at last!

The Samsung 970 EVO Plus SSD Review: The Verdict

So while the SSD market has been flooded with numerous drives of late, Samsung has a habit of taking something and reinventing it; sort of. This is the first consumer based SSD to feature a 96-layer V-Nand and combined with their Pheonix Controller, Samsung is looking to dominate the mid to high-end M.2 SSD market.

The Samsung 970 EVO Plus SSD is currently available in 250GB (£84), 500GB (£122), 1TB (£234) and from April 2019, in 2TB (£458) too. Focusing on the 250GB model, the performance overall is the best we have seen so far from our charts. With a huge shift in SSD prices globally over the last 6 months, it’s given manufacturers a push to create something even more dynamic and fast. Samsung has implemented its 96-layer V-NAND into a consumer drive and gone one better than their previous 970 EVO model.

All-in-all, if you’re looking for a solid state drive and you’ve got an M.2 slot free on your board, using a Samsung 970 EVO Plus as a boot drive will most certainly improve loading times and as we found in our data transfer test, it blitzes the competition! 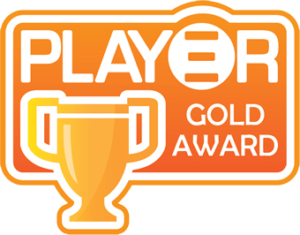 Thanks to Samsung for sending a sample of the 970 EVO Plus in for review.

Play3r - May 18, 2015 0
Today I take a look at the Kingston 16GB Micro SDHC which is designed to help users capture their favourite events in video, whether it be at 1080P or 4K2K resolution.
Go to mobile version
%d bloggers like this: