A few months ago we reviewed the iStorage datAshur Pro2 128GB – a USB flash drive with hardware encryption. We’re now taking a look at a close competitor, the DataLocker Sentry K300. Both are encrypted USB flash drives with a high capacity, and promise high performance. Uniquely though, DataLocker are bringing a screen to the fight – something that should substantially improve ease of use. Today we’ll be seeing how the Sentry K300 compares.

One thing you might notice from the specs is a long list of regulatory and trade certifications, but when it comes to security certifications there’s a lot less noise. FIPS 140 certification would mean a stamp of approval from the US government, and that the device was approved to carry sensitive data. Think medical or banking records, as well as state secrets. It would also mean the device had gone through a long, expensive validation process.

The FIPS approved AES encryption algorithm should in theory get the Sentry K300 to at least FIPS 140-2 Level 1. We don’t think lacking FIPS 140 certification means the device is likely to be vulnerable (though we’re not equipped to replicate the long, expensive FIPS testing). It’s entirely possible DataLocker just don’t want to spend all that money on a certification that’s being superseded by FIPS 140-3 this year. However for some people it’s a box that has to be ticked.

If you’re working with less sensitive data, and don’t have to tick that box, ease of use could be more important. If working securely is made difficult, it’s more tempting to just work insecurely. It’s also important to remember than an average joe has no way to break into a device like this. Even if it actually couldn’t meet any FIPS 140 standard, this drive would still provide security against all but the most capable and determined attacker.

The packaging for the Sentry K300 is similar to most USB flash drives – a cardboard outer with information, and an inner plastic clamshell. What surprised us was how strongly it’s all glued together. In fact, it was very difficult to extract the drive without obliterating the instructions on the back. This is probably intentional, as it adds an extra layer of defence against tampering in the supply chain. Though helpful, the instructions on the packaging aren’t strictly necessary, thankfully. You can find the manual for the Sentry K300 on DataLocker’s website.

The Sentry K300 has a straightforward, intuitive interface that makes the most of the screen. Visual feedback when entering a password makes it easy to correct any mistakes, and menu options are intuitive. Datalocker also include plenty of warning screens and confirmation dialogues for anything that risks your data.

Having entered the default password of 1234567, the drive prompts you to change the password – something it forces after a couple of uses. Minimum password length is 7 characters. Front and centre are options to connect the drive normally, in read only mode, or in ‘boot mode’. Boot mode tolerates brief disconnection without locking, to allow the drive to be used with a portable operating system.

The drive can be securely wiped from the menu, or by entering an incorrect password too many times. The menu also provides configuration for a longer minimum password length (up to 30 characters), strong password enforcement (which rejects passwords with consecutive characters), and the inactivity time before the drive locks itself. The user password option allows a second password to be created that has less access than the administrator password.

H2testw is a utility to confirm drive operation, written by Harald Boegeholz. It works by filling a drive with procedurally generated, incompressible data. This data is then all read back and checked. As well as reporting if the data was stored accurately, H2testw reports read and write speeds.

For comparison we have data from a selection of 16GB USB 3.0 drives. These aren’t competitors, but do provide some context.

With the smaller test size, the Sentry K300 blows past the rated 220MB/s read and 200MB/s write in sequential loads.  In more difficult random loads, we see the real power of being a “micro SSD”. Random writes are really hard on the controller, and the colossal performance gulf shows how much stronger DataLocker’s controller is than a basic implementation.

PCMark10‘s data drive benchmark aims to evaluate the performance of a drive with large numbers of small files. Specifically, it tests writing, copying and reading of 339 jpeg photos totalling 2.37GB. We’re not seeing cheap controllers brought to their knees like with CrystalDiskMark’s Q32T16 random write. However, this is a realistic test that still manages to be very hard on the drive.

In PCMark10’s data drive benchmark we got a throughput of 38MB/s.

Finally, the test you’ve all been waiting for. We can’t fairly review the DataLocker Sentry K300 without putting it side-by-side with the direct competitor. So, we ran CrystalDiskMark again – this time with the heavier default settings used in the datAshur Pro2 review. Though different staff tackled each drive, we’ve also made sure the tests were also carried out on the same platform.

The Sentry K300 was far faster in CrystalDiskMark despite the controller having half the flash to work with. On performance, the DataLocker Sentry K300 is a clear winner.

Overall, DataLocker have absolutely blown us away. The Sentry K300 is astonishingly fast for a USB drive. DataLocker call it a “micro SSD”, and it’s easy to see why. Not only is it speedy, but it’s also very easy to use. Novice users should have no trouble here. If you’re worried about misplacing a drive and want to keep Joe Public out of your data, this drive is ideal.

Most models of DataLocker Sentry K300 can be found from third-party sellers through Amazon. The best price we found for the Senty K300 64GB as reviewed, however, was £209.29 from LambdaTek. There’s no question that this is very expensive, but for such a unique product we’re inclined not to be too harsh on it for cost.

The only problem with the DataLocker Sentry K300 is that it lacks FIPS 140 certification or equivalents. If you’re handling data that’s formally classed as “sensitive”, this may be a requirement. Because of this, we can’t currently recommend the drive to anyone in that position. This will change if DataLocker get the drive certified in the future.

For anyone else, this drive is great. Whether you’re looking to protect your own privacy, or fulfil GDPR obligations for data that’s “personal” rather than “sensitive”, the great performance and ease of use make the DataLocker Sentry K300 an excellent option. 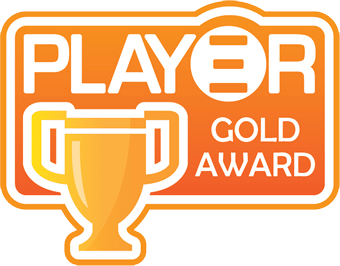 Thanks to DataLocker for sending a sample of the Sentry K300 64GB in for review.

Following publication of the review DataLocker got in touch to ask for this additional section regarding one aspect of the Sentry K300 which we weren’t able to evaluate. This was DataLocker’s SafeConsole remote management software which they cite as a major advantage of the Sentry K300.

Datalocker’s comment regarding the feature is:
“By linking K300 to the SafeConsole central management software it is possible for an organisation to manage password resets, control policies and audit the device usage.”

Since this wasn’t covered in the review your own due diligence should prevail.