Offering the updated Zen4 core technology, directly comparing the 7800X3D and 5800X3D delivers around 20-30% more performance across the titles seen below. So, can these be overclocked?

There is still no news on whether the 7000 series X3D CPUs are going to have an unlocked multiplier for overclocking or, like, the 5800X3D is limited to boost frequencies only. We will update you when AMD release that information. 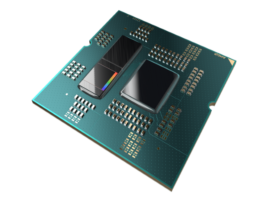